It is ironic, given that most Rukka outfits are pretty poorly vented, that the Finnish company has become so well known for its vented/mesh jackets. The Forsair was a revelation when it was first released. By knitting rather than weaving the Cordura fabric from which it is made, Rukka is able to deliver all the strength of traditional Cordura but in a material that flows almost twice as much air. If you want high air flow and protection, the Forsair is the answer. It was updated a little this year, becoming the more fitted Forsair Pro. It was joined by a longer version, called the Forsair Long. But, as part of its new ‘urban’ collection, Rukka also brought out a jacket this year called the Raymond. It’s actually made from Cordura, but in the more traditional woven form. So it doesn’t flow as much air as the Forsair but, as it has no membrane, it is still great for riding in hot weather. But unlike the Forsair, the Raymond looks and wears like a regular street jacket. In fact, it doesn’t look like a bike jacket at all. And that may account for how popular it has proven since it was released. The jacket has been exclusive to Motolegends in the UK, and we originally decided to bring it in in brown only. Of course, all this has meant is that lots of people have wanted to know if it comes in black too! Personally, we prefer the brown version but, for those who cannot bear the idea of wearing anything on the bike that doesn’t match their tyres, the good news is that the Raymond is also now available in black.
Shop now

This is the perfect, short-wrist, summer glove. It is made from a beautiful, soft leather that is perforated throughout. All the knuckle joints are covered with soft, contoured protectors. On the inner edge of the glove you get a narrow, accordion stretch panel for comfort. An extra layer of leather on the palm provides added abrasion resistance. The wrist fastens by means of a Velcro strap; there’s also a leather ‘pull’ that helps you to pull the gloves on. You’d be pushed to find a more comfortable glove. They cost £85.00.
Shop now

The Ellabike is not a ladies' version of a men's jacket. It has been produced from scratch for women, and it shows in the fit. It's a jacket that looks great on, and in this it is helped by strategically-placed adjusters on the waist and hips. The Ellabike is first and foremost a jacket designed for riding in warm weather; or very warm weather. It does come with a lightweight, removable, inner thermal jacket, but the important fact with the Ellabike is that it doesn’t come with a waterproof lining. This means that, when it's hot, air will flow freely into and out of the jacket. Not just through the abrasion-resistant Flex Tenax outer fabric, but also through the large, zipped vents that run across the chest and under the arms. There is Level 1 armour in the elbows and shoulders, and there's a pocket for a back protector. Now Spidi can supply an inner waterproof jacket for the Ellabike but, in our view, if it's raining, it makes much more sense to wear a waterproof layer on the outside of the jacket. That way the jacket itself won't get wet. The stretchy Scott waterproof jacket would be the perfect choice, in our book.
Shop now

The Daytona Ladies SL Pilot GTX boot is a short-shaft, all-rounder boot with a 6cm heel lift. They are made from high-quality, greased, full-grain leather. Lined with a GORE-TEX membrane, they are both waterproof and breathable. They have soft inserts in the heel for the lift and a Polyurethane foam mid-sole for comfort. There are protectors in the ankles, the shin and heel, and you get a galvanised-steel, torsion-resistant inlay in the sole. 3M-Scotchlite heel reflectors help you stay visible at night, whilst a non-slip rubber sole ensures a sure footing. Daytona does produce a taller boot with a heel lift, but this boot will go better with jeans for a more casual look.
Shop now 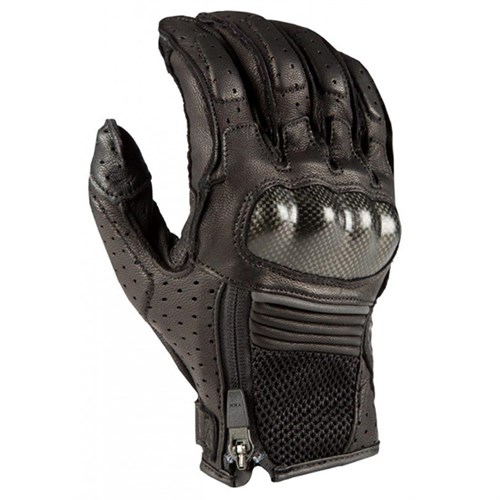 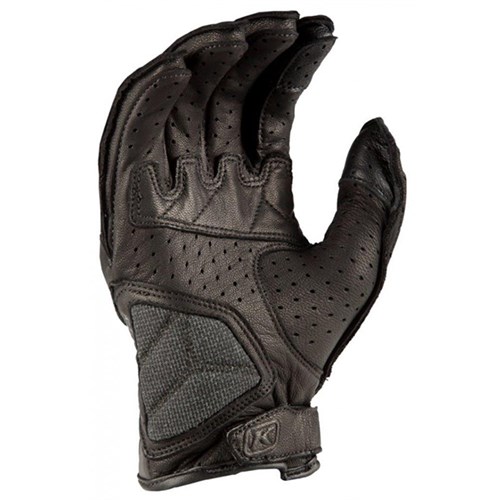 The Induction is an incredibly comfortable, yet highly protective, summer glove. It is made from goat's leather that is extensively perforated to improve airflow. A mesh panel on the wrist adds further ventilation, whilst an accordion stretch panel helps with wrist articulation. On the main knuckle you get a hard carbon protector. And on the fingers and palm you get Poron panels that serve to absorb impacts. What makes the Induction glove particularly comfortable to wear is that the finger seams are externally sewn. The index finger is touchscreen sensitive. It also incorporates a small visor wipe. The gloves fasten by means of a YKK zip and a Velcro strap. These gloves are not inexpensive, but everyone who tries them on loves them. They just seem to work.

We really like the Legends luggage system from SW Motech. What they've understood is that nobody with any kind of 'cool' bike wants to affix hard, plastic luggage to it. And so what they've come up with is a system that allows you to bolt to your bike one, or two, brackets to which you can firmly attach soft luggage. It's brilliant; the only issue being that you need to buy the brackets that will work on your specific bike. It’s not a universal system. But ever since the range was launched a couple of years ago, SW Motech has consistently added new bikes to the list. Already the bags can be fitted to a selection of BMWs, Ducatis, Harleys, Hondas, Kawasakis, KTMs, Guzzis, Suzukis, Triumphs and Yamahas. Recently, Royal Enfield and Mash joined the roster. As did about a dozen new bikes for the existing manufacturers. For BMW, SW Motech has added the F800R and F800GT. Just one new bike has been added for Kawasaki: the Z900. There's nothing new for KTM, Guzzi or Suzuki, but the 2018 Triumph Speedmaster and Speed Triple now have dedicated brackets. The new 2018 Harley Soft tail Bob is now compatible, as is the new Royal Enfield Himalayan. Three bikes from Mash have also joined the list. They are the Dirt Track, The Black Seven and the Seventy Five. To see the full range of carriers and bags, including of course all the bikes the system already caters for, click below.
Shop now

We'll be in Gloucester on Monday evening

We've recently embarked upon a series of talks to IAM clubs up and down the country. We've put together a little presentation all about motorcycle gear. We talk about technical issues, issues like the CE regulations and, importantly, about the latest developments. Earlier this week we were up in Rotherham. Next week, on Tuesday 9th July to be exact, we'll be in Gloucester and, even if you're not an IAM member, you're welcome to come and join us. The venue is the Walls Social Club, and the address is Hammond Way, Barnwood, Gloucester, GL4 3HG. It's 7:30pm for an 8:00pm kick off. If you're free, we'd love to see you there.