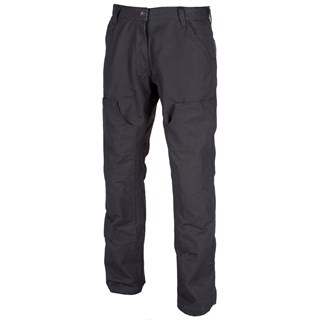 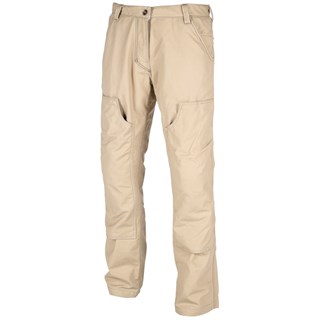 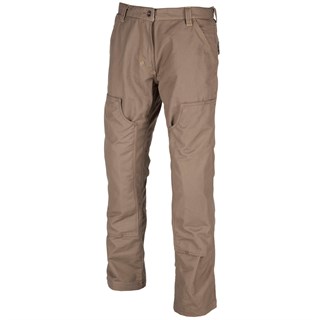 We like this new single layer pant from Klim. It fits somewhere between a cargo pant and a chino. It’s made from a cotton canvas that is infused with Cordura, so they wear just like a pair of Dickies work pants but, actually, they meet the new CE regulations at AA level, which is incredibly impressive for a casual trouser. The armour is by D30 and, interestingly, the knee armour fits from the outside, and is adjustable. There’s no doubt that, in the future, motorcyclists will search out single-layer riding trousers, because they’re so much more comfortable and easier to wear; especially in the heat. Already, Kevlar® and aramid-lined jeans and chinos are starting to feel slightly old-fashioned. These new, single-layer, Outrider pants from Klim show us that you can have comfort and protection, and at a price that pretty much anybody can afford. This really is a rather impressive pant. 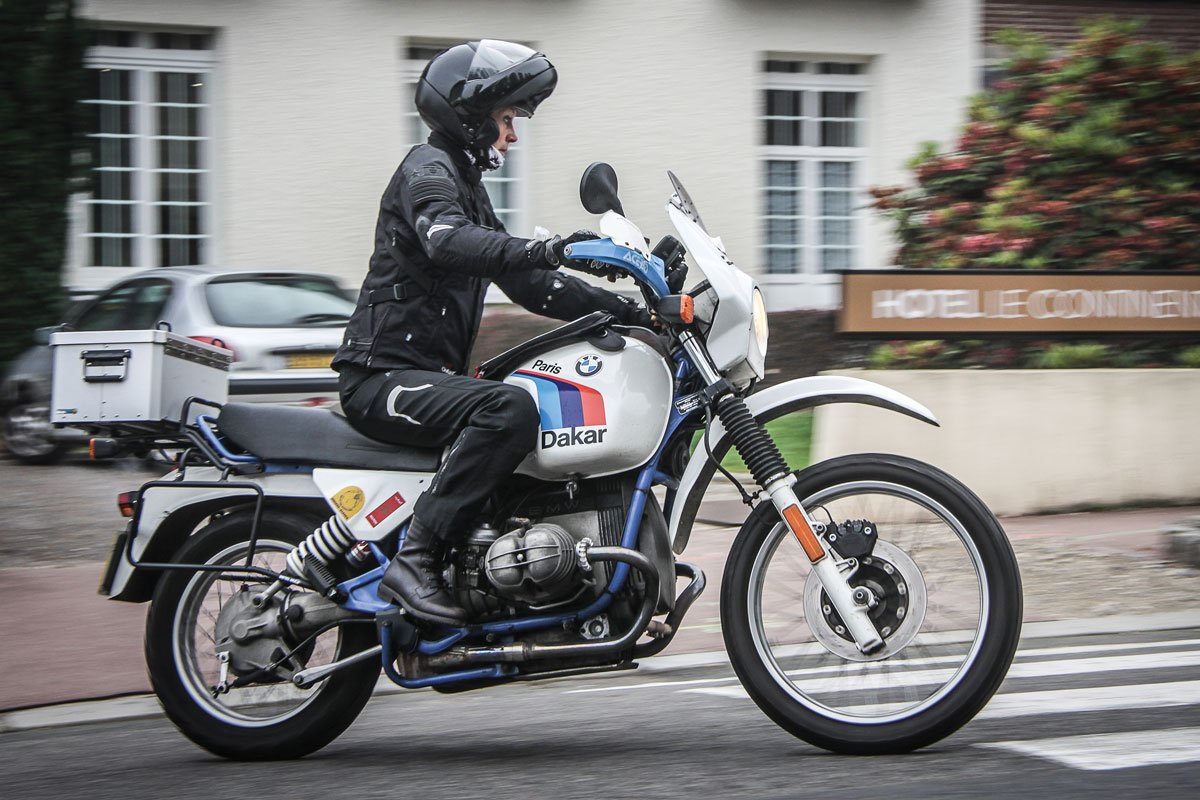 Last year we rode down to the Loire Valley with a group of ladies; and we had a ball. There’s something very special about a ladies-only ride. So much fun. So much support. So much camaraderie. Well, this June we’re riding down to Bruton in Somerset for lunch at Hauser and Wirth. It’s going to be a great day. We’ve worked out a terrific route. We’ll leave Guildford at 9.00am, have coffee in Stockbridge at around 11.00am. We’ll be in Bruton for a barbeque lunch at 2.00pm, then leave by 4.00pm, with a view to being back in Guildford by 6.00pm. And, of course, as we were in France, we’ll be led out by none other than the incomparable Elspeth Beard. If you want to know more about our day out, click below. But just a word. We are limited to 80 places in total. We announced the ride less than a week ago, and we only have 20 places left. If you want to join us, don’t think about it for too long. This is a day you will never forget. 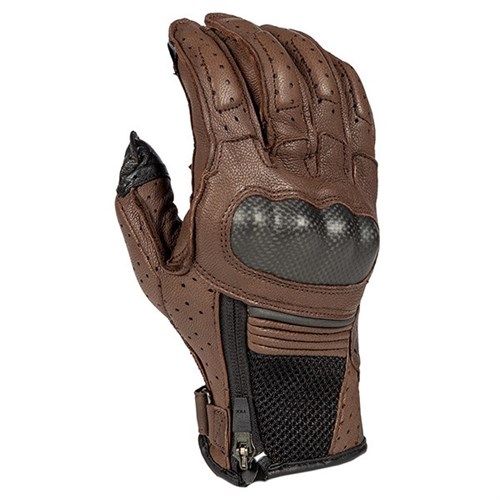 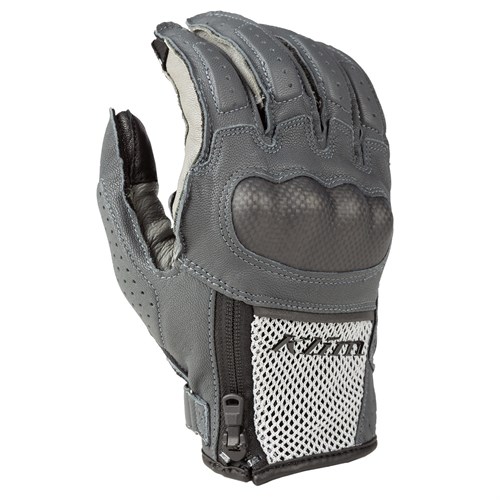 The Induction is an incredibly comfortable, yet highly protective, summer glove. It is made from goat's leather that is extensively perforated to improve airflow. A mesh panel on the wrist adds further ventilation, whilst an accordion stretch panel helps with wrist articulation. On the main knuckle you get a hard carbon protector. And on the fingers and palm you get Poron panels that serve to absorb impact. What makes the Induction glove particularly comfortable to wear is that the finger seams are externally sewn. The index finger is touchscreen sensitive. It also incorporates a small visor wipe. The gloves fasten by means of a YKK zip and a Velcro strap. 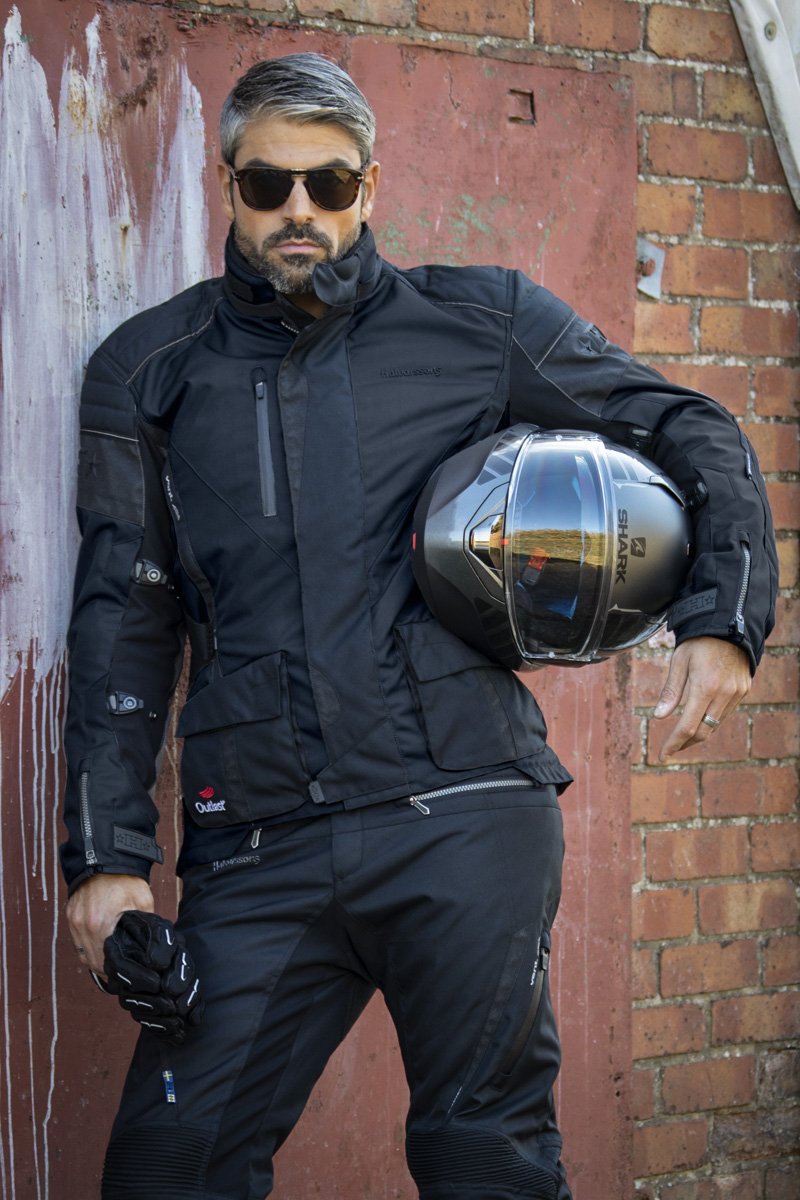 Halvarssons’ new Wien suit came into stock a couple of weeks ago, but until now it has only been available in the Lava colourway. Well, black is now available too. The Wien and its matching pant are the new replacements for the much loved Prime and Prince combination. It’s a drop-liner outfit and, for 95% of motorcyclists, we reckon it’s the perfect suit. It fits like a glove, it is comfortable beyond belief, it’s totally waterproof, well-vented and, in the colder months, it’ll be incredibly warm. There’s only one point we would make. And that is that we’re not quite so keen on the matching pant. We prefer matching the Wien drop-liner jacket with Halvarssons’ laminated Wish pant. It’s a nicer fit, even more waterproof that the Wien, and more comfortable than a laminated trouser has a right to be. Come and see for yourself. 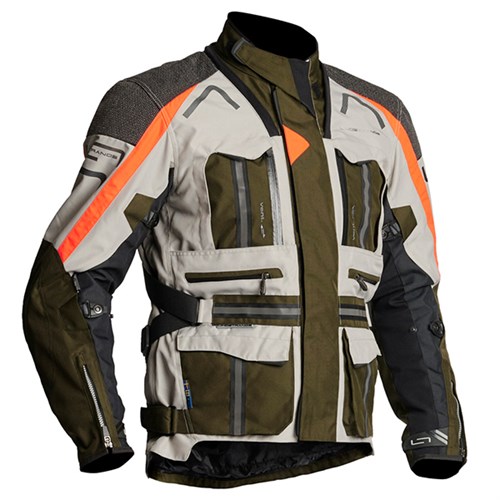 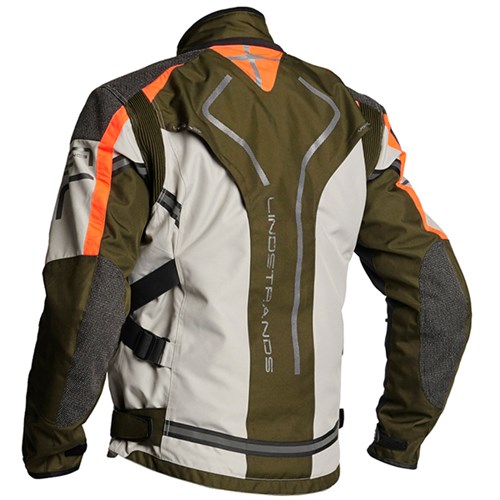 The Oman is what we’d term a proper off-road, adventure suit. It’s much more than a suit that just looks the part. With its removable, waterproof membrane, this is the kind of outfit you want to be wearing if you’re riding in the hottest of climates, or if you’re working hard off-road. And that’s because, when the membrane has been removed, it’s going to be incredibly breathable. There’s just one Oman pant, which comes in black with green. But there are two jackets. We kind of prefer the darker green version, because it’s a bit more practical. But the lighter, grey version shown here will probably be better in the really hot stuff. Well, the grey is now here. Come and see it, and decide for yourself. 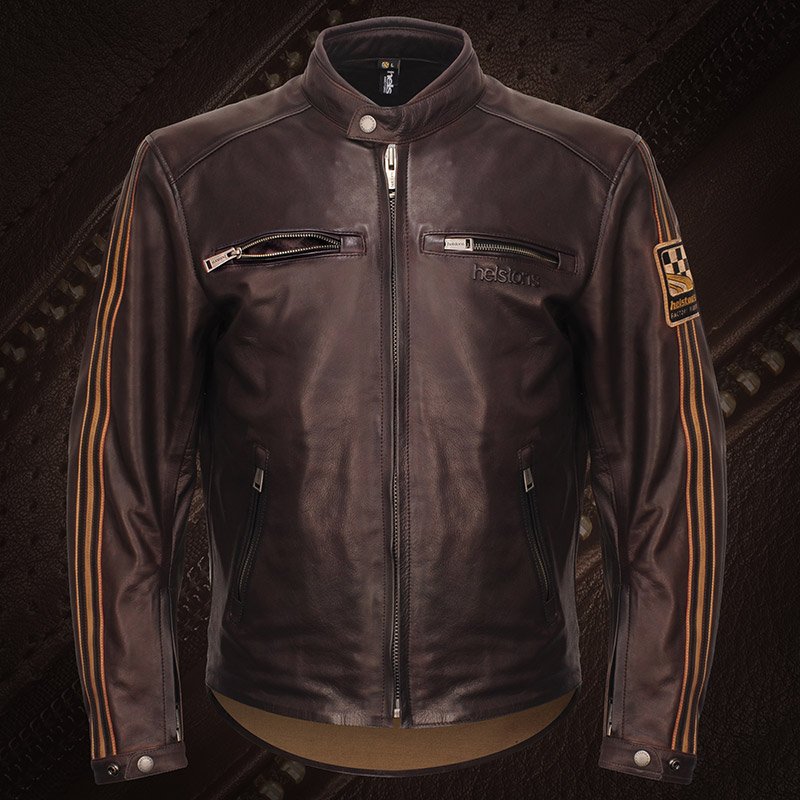 The Helstons Ace Légende has landed

In recent years, our best-selling leather jacket has been the Helstons Ace Vintage; and for good reason. It’s got a terrific retro look, has a waterproof membrane, a thermal inner jacket, and full armour including a back protector. But working with Helstons we’ve recently introduced an upgraded version, so to speak. It’s made from a softer leather, sits longer at the back, has much improved venting, and features a permanent Outlast lining. It’s a worldwide exclusive for Motolegends, and we think it’s the ultimate biking jacket. It works equally well on and off the bike. It’s incredibly cool, protective, and comfortable beyond belief. But this really is a jacket you have to try on. We’ve taken everything we’ve learned about leather jackets over the years, and we’ve put it into the Ace Légende. We really don’t think leather jackets gets any better than this. 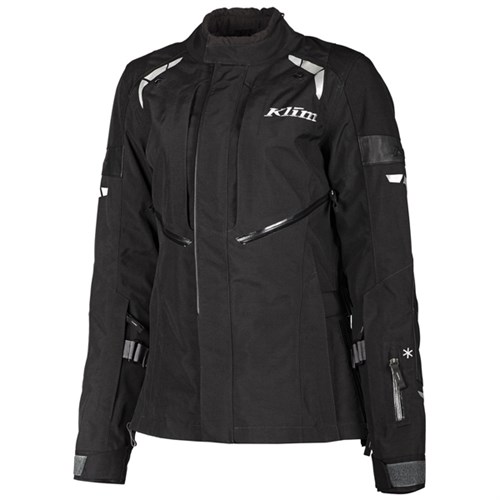 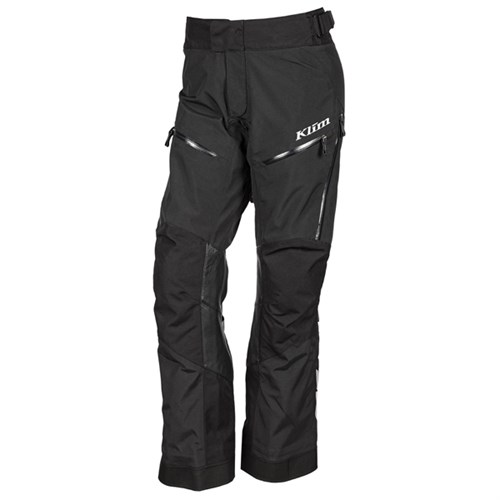 After a break of a few years, quite a few years in fact, we’re thrilled to be working with Klim again, especially as they seem to be getting a bit more serious about road riding. We’ve taken on their new Kodiak suit for men, and its ladies equivalent called the Latitude. Now this is one serious suit. Obviously it’s laminated, but even though it’s been designed very much with road riding in mind, it still has an adventure feel to it. So you get total waterproofing, a huge amount of venting, more pockets than you’ll ever need, and unmatchable detailing. What you don’t get, of course, is much in the way of thermal protection. But that’s an easy problem; you just layer up. We’ve been testing the Latitude for a while now. It’s really light and really protective, and it fits well too. This is not a suit for an occasional weekend rider. This is quite simply the ultimate touring and adventure suit. And it’s here now. 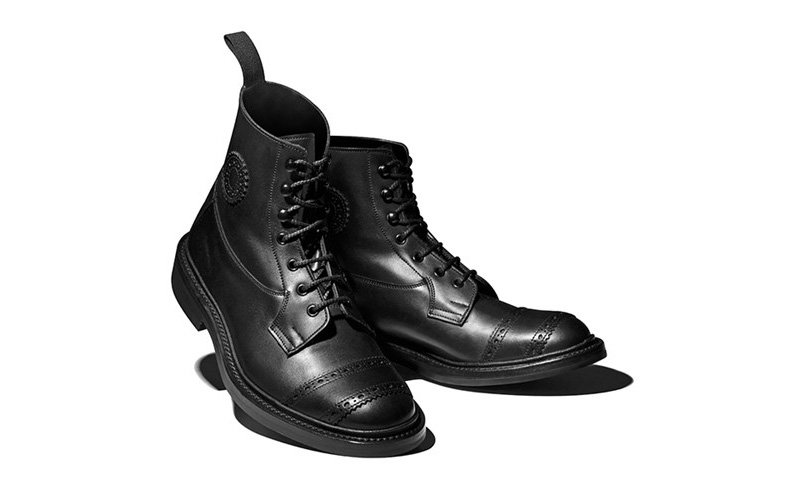 New Trickers boot in black. An instant sell out

For the last three years we’ve collaborated with Trickers of Northampton on a biking boot. It’s largely been about having something a bit different for Christmas.  But we love their boots. They really are the world’s finest gentlemen’s boots. This last Christmas, Trickers made a terrific chocolate brown, brogue boot for us. They were supposed to do a black version too, but there was a mix-up, and they weren’t ready in time. They actually only turned up last week. But we had only ordered 24 pairs, and by the time they turned up they were all sold out. I had been hoping to grab a pair in 8.5 for me, but I missed out. The good news is that we have already started working on our next project with Trickers. It’s going to be a cracking boot; something a wee bit different. But as soon as you hear about them you should act, because we’re only going to produce 24 in each colour again, and it would seem that they’re quite popular! 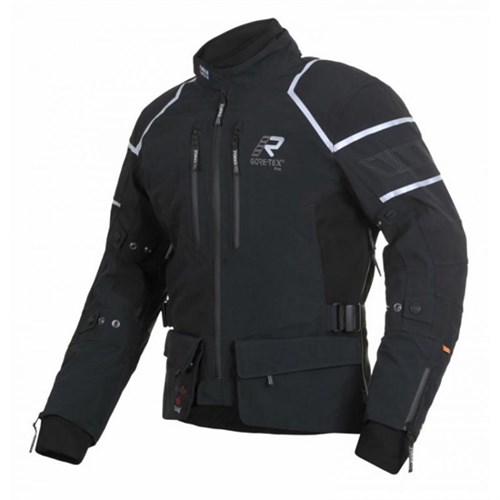 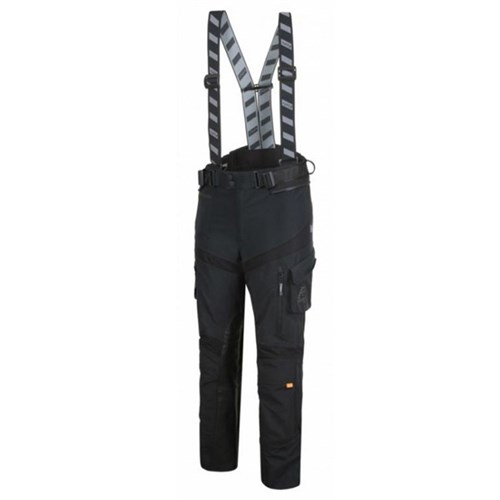 An adventure-style suit from Rukka called the Navigatorr has recently been replaced by a new version called the Kallavesi. In concept, and indeed in design, it is pretty similar. In fact, it is almost identical. The only differences are that it’s CE approved, and that the venting has been improved. It’s made from a Gore-Tex Pro Shell, so it will never wet-out. It will dry out quickly when it does get wet and, of course, the venting will work better than venting in a drop-liner suit. In all honesty, the Kallavesi is not the kind of suit you’d want to be wearing if you were really riding in the hottest of conditions. For that you’d want something with a removable membrane. But if you want an adventure-look in a suit that you can commute or travel across continents in, then the Kallavesi may be for you.