The Richa Stripper trousers are unlike any other motorcycling pants out there. They have been designed specifically for short distance commuters, for urban motorcyclists, and for these who prefer to wear biking trousers over their street pants. Made from a soft-shell fabric the trousers are incredibly comfortable and come with a fully waterproof membrane. But the Strippers’ point of difference is that you step in to them through the waist band. You then fasten them with the full-length waterproof zips that run down each leg. You can get in and out of these trousers in a matter of seconds. When you get to your destination, unzip them, take them off, and then walk down the street like a normal civilian! With their soft-shell fabric, the trousers are going to be warm. Fine in the spring, autumn and winter; too warm perhaps for the height of summer. And, of course, the Stripper trousers come fitted with adjustable D30 armour in the knees. They also come with pockets for hip armour, but it is not included. This is a type of trouser that many motorcyclists have spent many years looking for. We have seen versions of it in the past, but this is the first time that a company has produced a commuter-style trouser that, in our view, actually works. We would, though, counsel you to check out the size chart. These pants come up small. You’re going to want to go at least one size up on your normal size. The size chart on the website takes this into account so when ordering please select your usual waist size in inches, and order the size that is indicated.
Shop now

As some customers will know, we give technical clothing talks to IAM groups up and down the country. In fact, we do about one a week. We talk for about an hour, then show members some of our more interesting and innovative gear. We've normally got some stuff to give away. And we always hold a draw on the night for a £250 Motolegends voucher. The evenings are usually interesting and well attended, and the discussions are invariably lively. We've got a couple of meetings coming up that, if you're in the area, you're welcome to turn up for. On the 8th October, we're with the Solent IAM. The meeting will start at 7.00pm, and the address is Sarisbury Green Community Centre, Southampton, SO31 7AA. On the 16th, we will be with the Dorchester and West Dorset IAM. The venue is the George Albert Hotel, Wardon Hill, Dorchester, DT2 9PW. Again, a 7.00pm start, and IAM people tend to be pretty precise; so don’t be late!

Now this is a helmet we're very excited about. For many years, we've been trying to get an Arai, Shoei, or indeed any of the big players, to produce a retro style helmet. The fact is that there are lots of what we call 'toy' retro helmets on the market. They look great, but they don't always fit that well, they are normally not quiet, they sometimes let the rain in, steam up and so on. Well, Arai's new Rapide Neo is exactly what we've been waiting for. We’ve been testing it for a couple of months now, and we think it's going to be a winner. You can read our full review by clicking here. Or you can watch the snatched iPhone review of the helmet that Sean made up at Newlands Corner one windy morning. We expect to start receiving stock in November, but we won't get all the colourways and sizes until December. But supply is going to be limited, especially to begin with, so a pre-order is necessary if you want to be at the front of the queue. If you want to see the helmet in the flesh, we've got one here in the shop in Guildford. The fit is fabulous, by the way.
Find out more 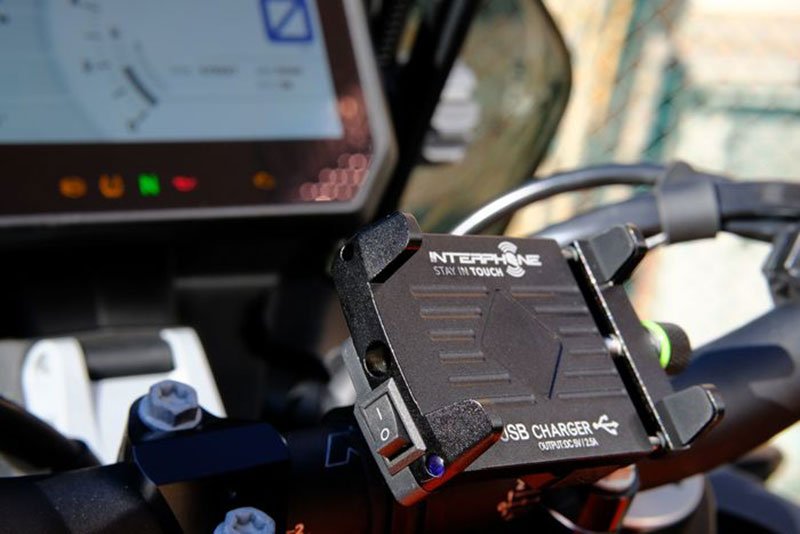 The French Interphone brand, best known for its comms. units, has recently launched a new range of what they call ‘crab’ phone holders. They're all rather superior affairs that feel as though they've been designed to go the distance. Most phones can be accommodated, but some of the holders allow you to charge the phone, whilst one even gives you wireless charging if you've got one of the latest smartphones. Click below to see the entire range.
Shop now 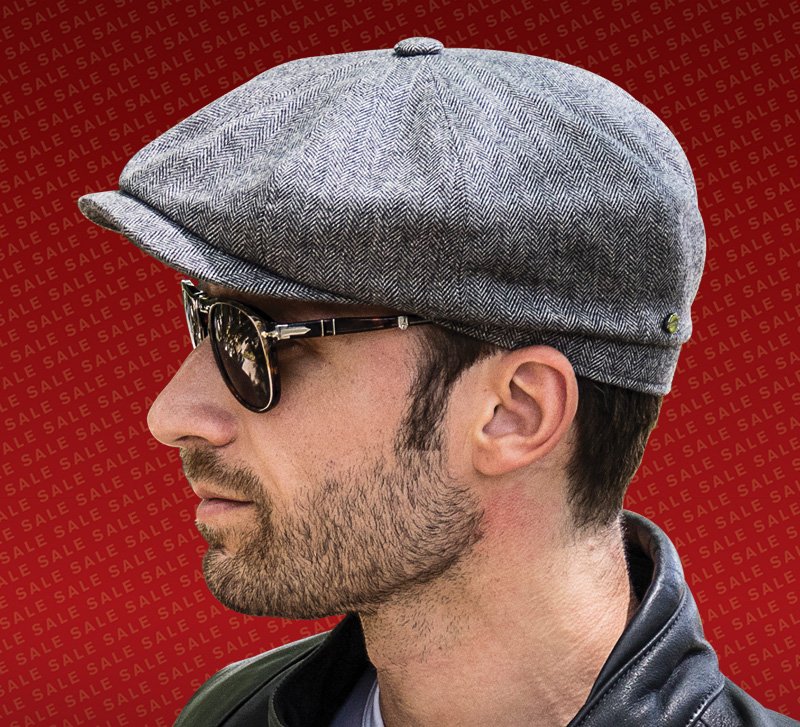 Sale extended to the end of October

Like everybody in the apparel business, we've been running an end-of-season Sale in September, but we've recently added a whole host of new products to the Sale, and so we've decided to move the end date back a little. One of the ranges we added earlier this week was Stetson caps. The response has been such that we reckon there can't now be many bikers in Surrey without one (click here to visit our Stetson Sale page). In recent weeks we've run down our stocks of helmets, jackets, boots and gloves quite considerably, which is exactly what we'd hoped to do. But not everything has gone, and we find ourselves in a position where we often have a jacket or a boot left in one or two sizes only. Which means they're not worth putting in a catalogue. So we've sharpened our pencil a little, and have reduced our prices in the hope that we can move things along. It's probably worth another visit to the site. There's stuff you won't have seen before. And at prices you won't have seen either.
Shop now 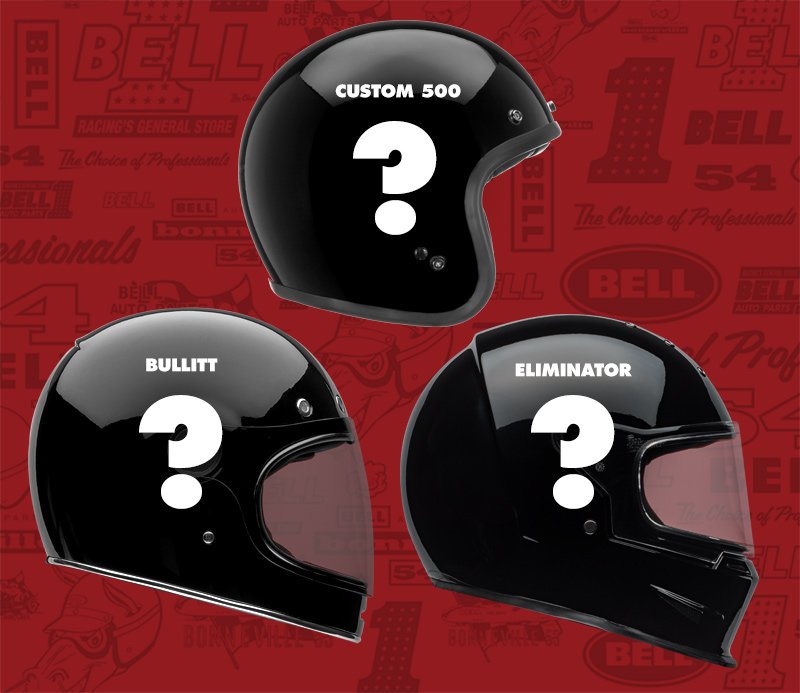 New Bell helmets to be released on October 1st

Our friends at Bell do things a little differently. Most helmet makers start talking about new models and colourways months before they're released, as a way of whetting appetites and stimulating demand. Bell, by contrast, tells the trade what’s coming, but specifically bans retailers from putting on their websites pictures and information about the new helmets until the day they're actually released. Well, that day is next Tuesday, the 1st October. What we can tell you, indeed all we can tell you, is that there are new designs for the Custom 500, the Bullitt, and the Eliminator. Now, we have to admit that the fit on some Bell helmets can be challenging. They don't fit everybody. But of one thing there is no doubt, Bell does the best, coolest and funkiest graphics in the business. We've seen the new designs, obviously, and we'll have them them all in stock the day before they're released. There are some pretty striking looking new treatments. We'd love to tell you more, but we can't. You'll have to visit the website on Tuesday. We'll be posting a banner on the front page 30 seconds after midnight on the 30th. 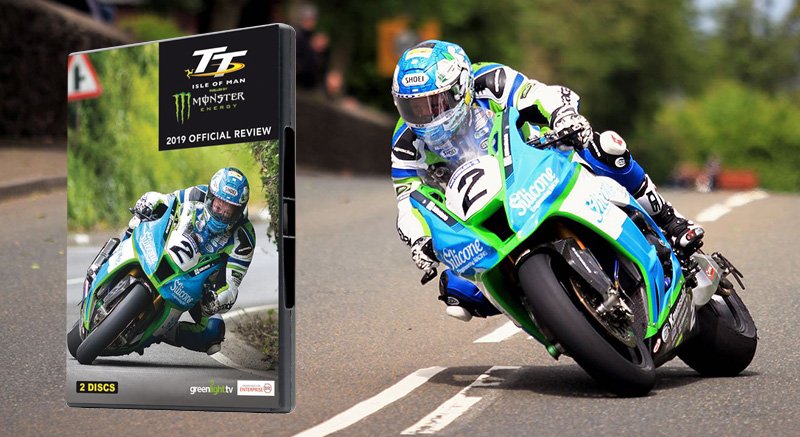 2019 was perhaps not a classic year for the TT. It was blighted by poor weather, and only one record was broken; and that was in sidecars. Only two TTs ran the full distance, and five ran on the same day. The three favourites all merited their status. Hickman won the Superbike, Superstock and Supersport races. But although Hickman was on the podium, Harrison won the Senior TT. Dunlop took the Lightweight TT, taking his overall tally of wins to 19. The recently-released, official DVD captures all the action and all the highlights, and features interviews with all the leading figures and personalities involved with the event. But, of course, it's the action footage that really makes this such a must-watch DVD or Blu-Ray. Every year, the cameras seem to get closer to the action. Watching these guys do what they do is a truly humbling experience. They simply exist on another planet. The footage is simply awesome. The running time of the main disc in both formats is 240 minutes. A second disc that runs to 102 minutes provides all the extras. If you couldn't be there this year, but want to see how it all panned out, this is the review you want to watch. In fact, even if you were there, you won't have seen a tenth of what is captured here in these reviews. If you're a road-racing fan, this is the review you want.
Shop now 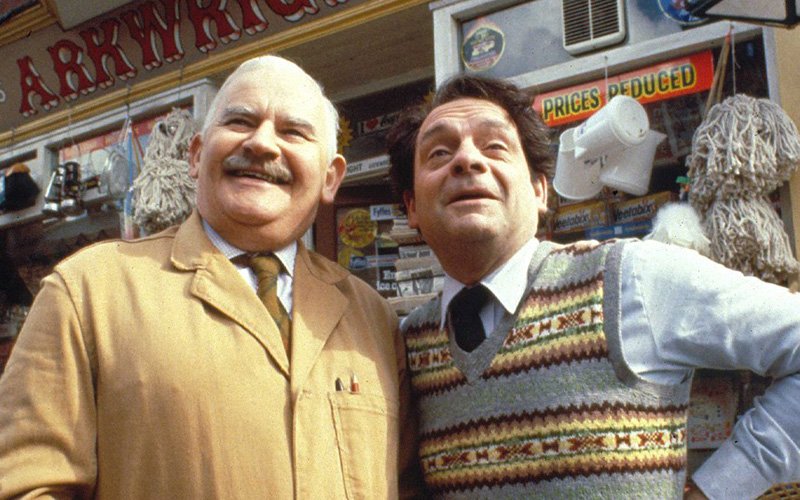 We're looking for helpers in the shop

We've recently taken on a new person in the shop so, for now at least, we've got a full compliment of customer-facing personnel, but we're still looking for some people to help in the back-office. We could do with some help in the week, but we're particularly keen to find reliable individuals happy to work weekends. When we say weekends, we mean a commitment to do one day at the weekend every week. Now we're not allowed to specify age, obviously, but the role is pretty physical. You see, just behind the shop we have a three storey warehouse packed to the gunnels with over £2million of gear. And when there's a customer who wants to try on a Rukka jacket that's not in the shop, somebody has to run upstairs to fetch it. You'll need to be pretty good with computers so that you can work out where the offending items are located. And if the customers doesn't want the jacket, you'll have to re-bag it nicely, and then return it to the shelf. This is our way of saying that it’s a role that might not suit a pensioner. We not necessarily looking for students, either, but it’s the kind of role that might suit someone still in college. It has to be said that we work hard and don't pass the day playing on our phones. But this is a fun place to work, especially if you like bikes, and the days go quickly. There's rarely a dull moment. If you want to come and join us, write to us at jobs@motolegends.com, and tell us a bit about yourself.