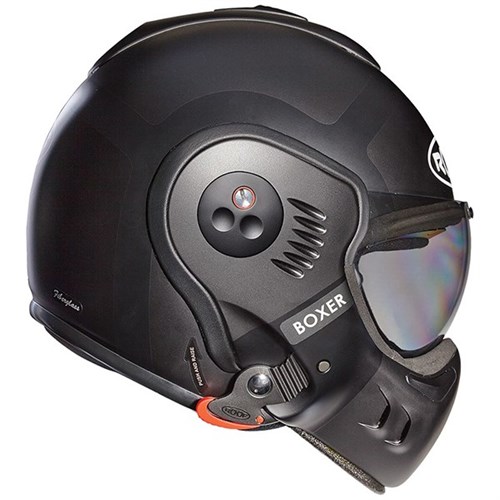 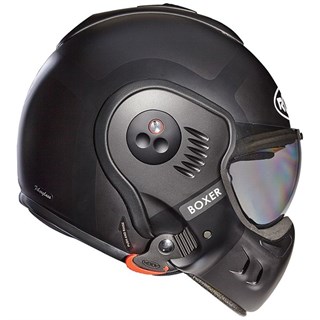 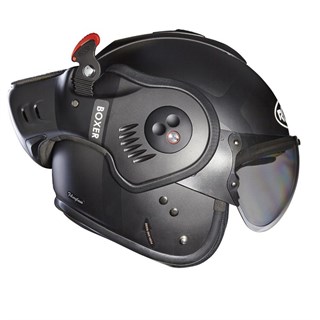 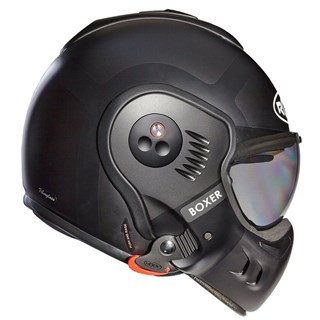 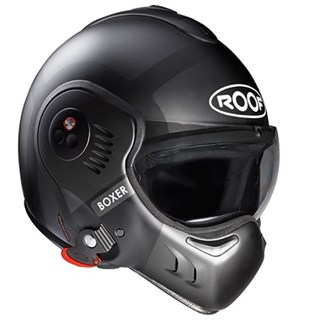 We have sold Roof's outstanding boxer helmet for many years,

but eventually gave up when supply became problematic. But, at the recent international trade show in Milan, we were very taken with a new design called the Bond that we hadn't seen before. We're importing just this model directly from Europe. The Boxer, as many people will know, created a storm when it was first introduced in 1995, and even today it has few competitors. Unlike flip-lid helmets, the Boxer is EC approved to be worn in both its jet and full face configurations. It has great ventilation and pretty much all the bells and whistles you would expect on any model helmet. And whilst many are drawn to the Boxer's dramatic styling, make no mistake; this is a proper full-face helmet that you'd be happy to commute in every day. In fact, we think it's the perfect helmet to commute in as, when it gets hot in town, you can convert to open-face mode whilst you're still on the move.