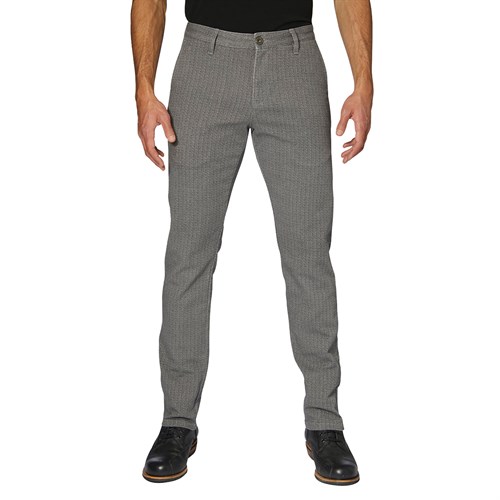 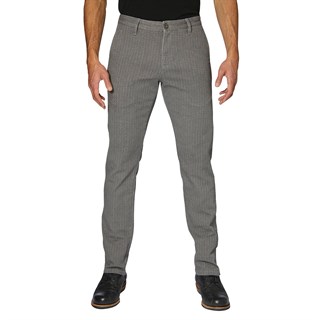 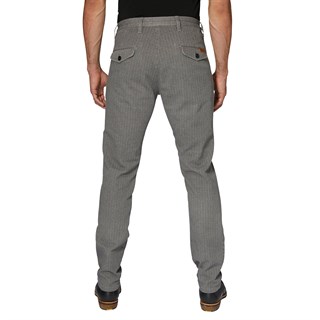 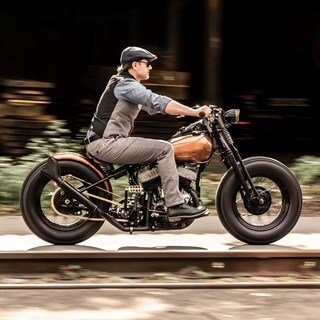 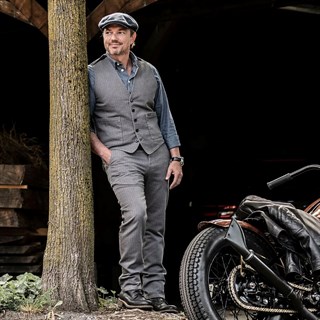 By anybody’s standard, Rokker produce the world’s best single-layer jeans. Made with a high UHMWPE content, they are impressively strong and abrasion resistant. Rokker are also the undisputed masters when it comes making cool-looking jeans that don’t look like, or wear like, traditional bike jeans.

But this is a company that never stands still, and so they also produce some great chinos and cargo pants. Well, these tweed chinos are what might be termed ‘next generation’. Okay, that sounds a bit poncy, especially given that, under the skin, they are really just a Rokkertech jean. But what’s new here is that the producer of the material they are made from, Armalith, has developed a technique that allows them to 3D print designs on to the surface of the fabric itself.

The pattern that has been ‘printed’ on to the surface of these jeans we would describe as a kind of herringbone tweed. And it’s very convincing. From the outside they look like a casual trouser that you might have picked up from a gentleman’s outfitter. But they are made with a UHMWPE, so are pretty darned strong, and indeed are rated AA under EN 17092. They come with super-thin and pliable Sas-Tec armour, they are stretchy, and because this is basically a single-layer jean they are going to flow oodles of air in warm weather. Both on and off the bike, they are incredibly comfortable. The fits is, admittedly, on the slimmer side, but the stretch means that they are going to work on all but rugby players and time trialists.

Now, not everybody is going to feel that they can carry off a tweed pant on the bike; they are not going to be to everybody’s liking. Me personally, I love them. I often wear mine in the office. They are as nice to wear as any trousers I own and I know that, if I do want to jump on the bike, all I need is to insert the armour, and I am good to go. It is true that when when I first came into work in them a couple of young lads in the warehouse burst into laughter, but all it took was a ‘clip around the ear’, and they fell back into line. I still like them. The pants, that is.

Lucky to have a number of ROKKER products and all first class and often niche. Tweed pants? Still hard to accept beautifully tailored, superb fit, not really tweed you could fool me , and all the ROKKER positives. Trying hard to accept look or ML system will always allow me to change to the green or the black cargoes!

Tweed pants? When I first heard about this crazy concept I found it hard to take seriously. Having tried them on I dont mind admitting I was wrong. Beautifully tailored, superb fit, some sort of voodoo magic means the tweed is printed on, not your actual tweed. Had my tailor produced such a comfortable fit I would be over the moon. I can wear them in the office and then on the bike. Very pleased, thank you Motolegends. Just got to pop in for the matching waistcoat. I am going all in.