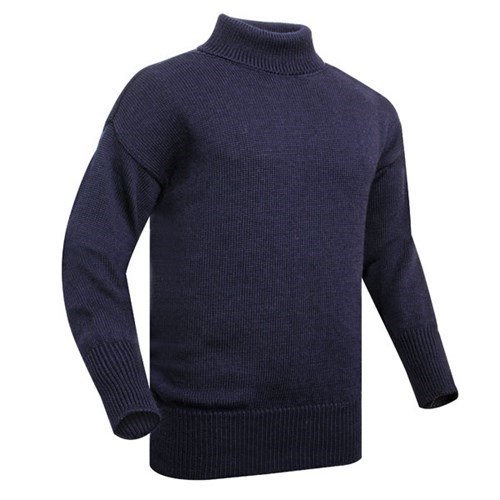 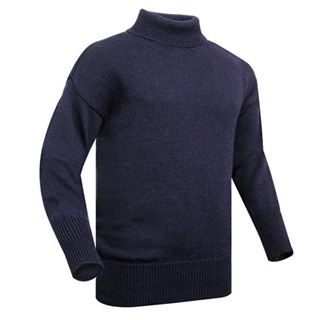 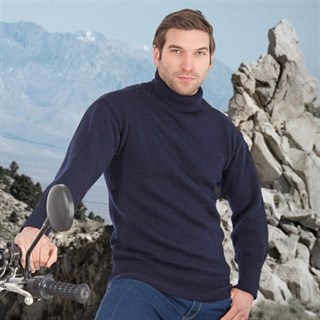 We are very excited to have sourced this traditional, original submariners navy sweater. Still made in the UK by a family owned knitwear company, these sweaters were issued by the War Office to the Navy during the last war.

When peace broke out, normality began to return and as cars were so expensive, for many people the choice of transport was two wheels, and so the British motorcycle industry flourished.

But in the forties and fifties, the concept of motorcycle wear didn't really exist and so riders inevitably turned to army surplus clothing.

They soon discovered that the best way of keeping warm on the bike was the submariners sweater. Made from pure English wool, they were designed for use in arctic conditions and so were perfect for a late night blast round the north circular or down to Brighton.

For a generation or more of riders they became the 'de rigueur' garment for wearing under a Wax Cotton, or even a leather, jacket.


Click below to view a review of this product from our friends at 'Views From The Man Cave'... 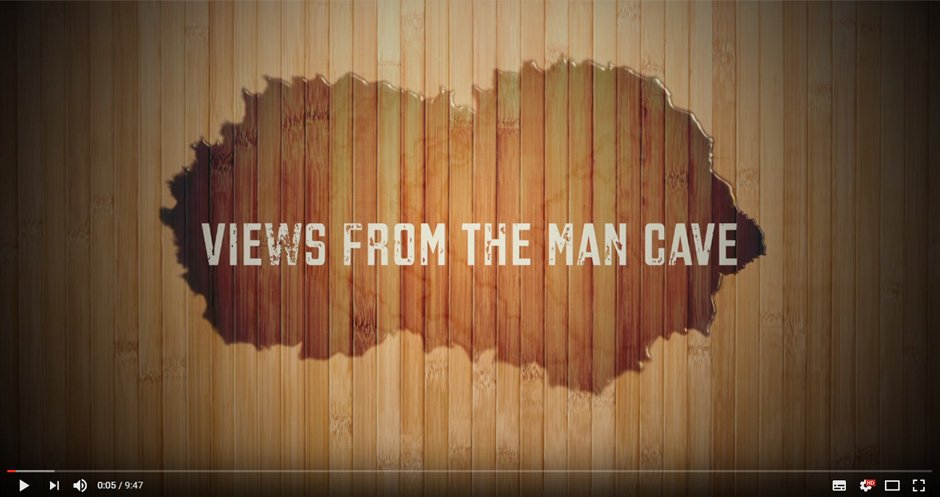 Love it , a great jumper very warm I don't just wear it on the bike I've worn it skiing , walks Etc , great bit of kit and it's British made top quality

I absolutely love this sweater! It keeps the cold breeze at bay when hiking in the snowy woods or taking the dog for a frosty morning walk. Great quality and a good fit. I will certainly be asking Santa for another!