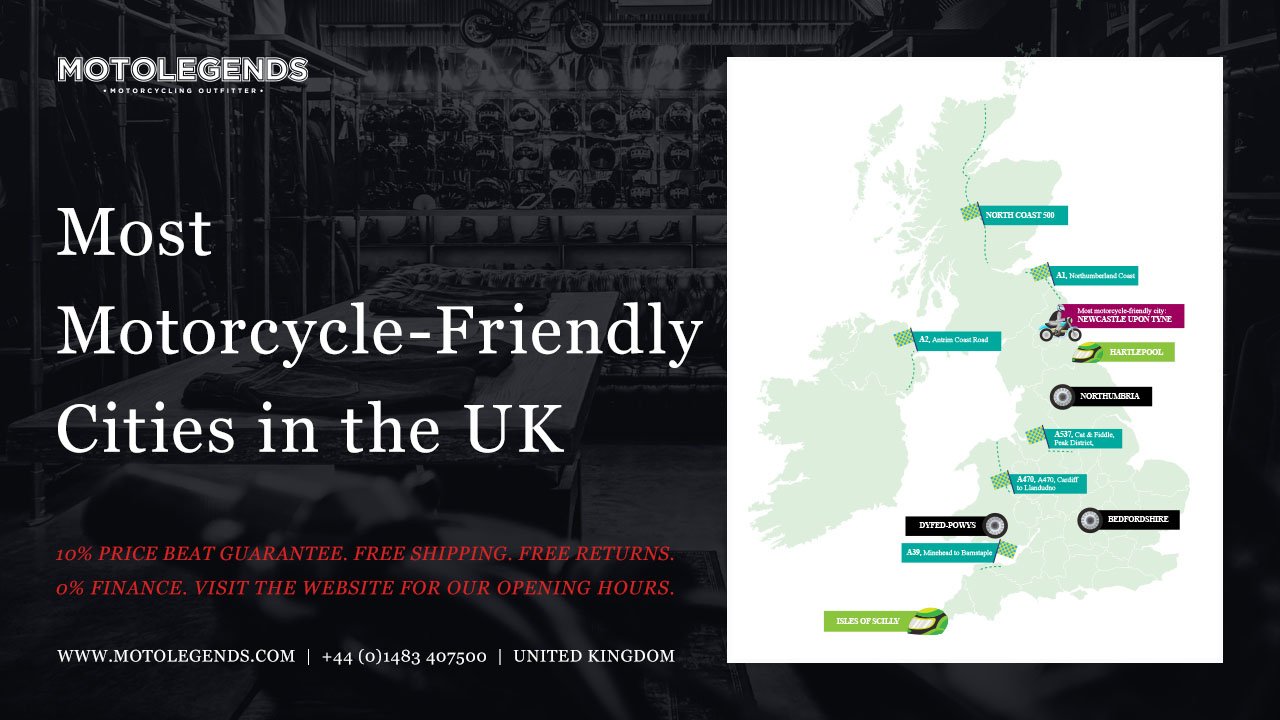 What’s The Most Motorcycle-Friendly City?

With these extra motorcycles now travelling the UK’s roads, motorcycle outfitters Motolegends have commissioned research to discover the UK’s most motorcycle-friendly city to help steer bikers – especially newer owners - in the right direction.

Most Scenic Motorcycle Routes in the UK

According to the experts at Motolegends, the most scenic motorcycle routes in the UK include:

All these routes include exhilarating open roads, beautiful scenery, and spots to stop off and enjoy your trip.

When it comes to your motorcycle being stolen, your bike is most likely to be stolen in London. The national average for bicycle theft is 19 thefts per 1000 registered motorbikes. In London this is 69 per 1000 motorcycles, followed by Gwent which reported 35 in 1000 bikes being stolen in the area. The third highest place for stolen motorcycles in the UK is West Yorkshire.

Northumbria, Dyfed-Powys and Bedfordshire are the places where your motorcycle is least likely to be stolen. These areas were well below the national average for motorcycle thefts, making them the safest spots to leave your bike unattended.

Cities in, or near to, these policing regions include:

Some police forces were unable to provide data of motorcycle thefts in their region, including Scotland. Safest Roads in the UK

Kent, Surrey and Essex are the areas with the highest number of accidents, compared to the Isle of Scilly, Orkney Islands and Shetland Islands with the lowest.

In general, smaller cities, or areas that do not have a large city centre, tend to be safer for motorcyclists and have less accidents. Luckily, most motorcyclists tend to head out of the city centre to enjoy the open road and the best sights that the UK has to offer. 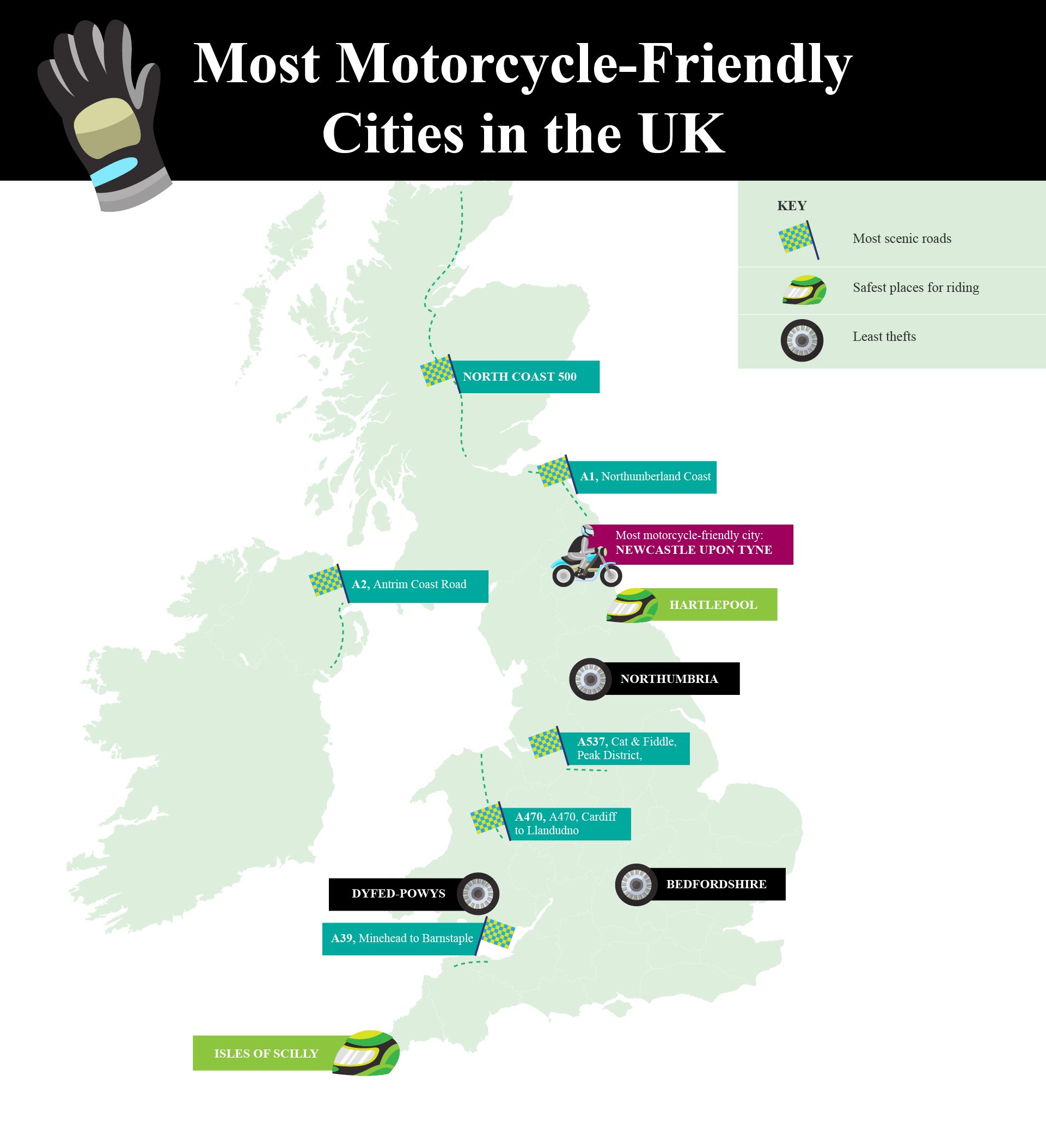 Where Is The UK’s Most Motorcycle Friendly City?

Based on proximity to scenery, number of accidents and motorcycle thefts in the region, Newcastle Upon Tyne is the UK’s most motorcycle friendly city.

Newcastle is regularly named as the friendliest UK city – for everyone - by social media users and travellers, and it turns out that this is the case for motorcyclists too!

The areas around Newcastle have a plethora of scenic coastal routes and provides links to routes in Yorkshire, Cumbria and Scotland. It also has a small number of bike thefts as well as a low number of accidents in the surrounding regions.

“In general, we’ve always found that people in the UK are friendly with motorcyclists, whether they’re new to their bike or have been riding for years. But we always love heading up north on our bikes to take in the scenery and experience the hospitality in the area.”