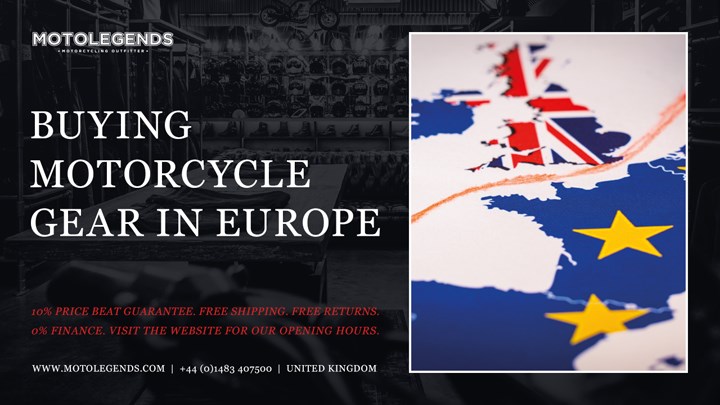 Like most people, and certainly like just about every business, we were pleased when it was announced, just before Christmas, that Britain had got a deal with the EU. It seemed to promise a scintilla of hope to cap off what had been, in most other respects, a rather gloomy year. A deal certainly seemed favourable to the supposed apocalyptic scenario of a no-deal. But, in truth, nobody really knew what a deal meant; and it is only now that the terms of our trading arrangements are starting to come into focus.
Click here to read more 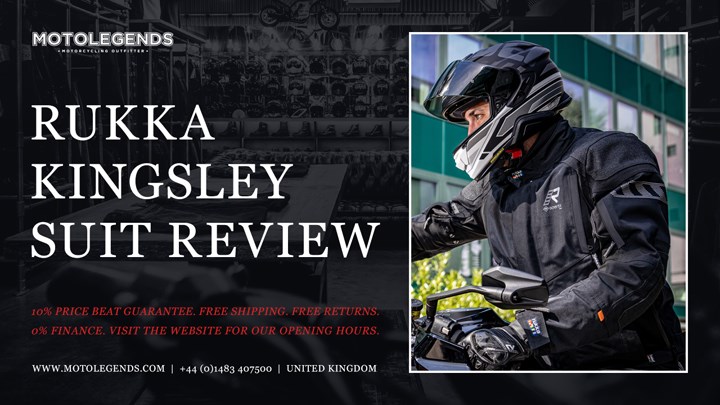 The Rukka Kingsley jacket is new for the 2021 season. And technically it now sits at the very top of the Rukka range. Indeed, it is somewhat more expensive than the superlative Rukka Nivala that has proven so popular in recent years. For many people, we suspect, the Nivala may still be the preferred option. And that is because the Nivala will, for most, still be the more comfortable suit.
Click here to read more 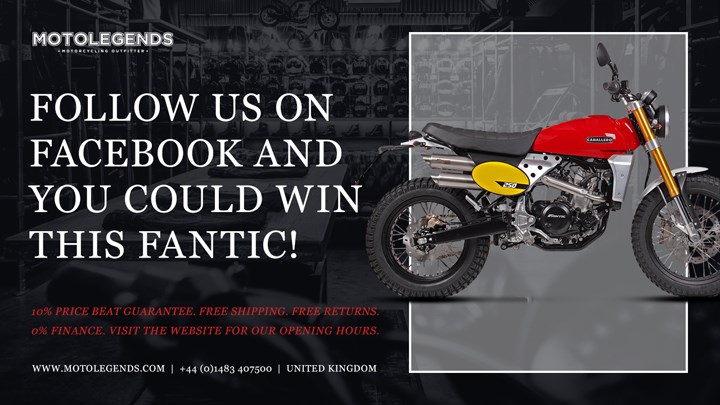 We admit that we can be a little bit old-fashioned here at Motolegends. We don’t tend to follow trends. We do things the way we know how to do them, and the way we like to do them. Take our shop, for example; we fly in the face of every conceivable tenet of modern retail practice. But we really like our shop; and actually quite a few of our customers seem to quite enjoy visiting it as well.
Click here to read more 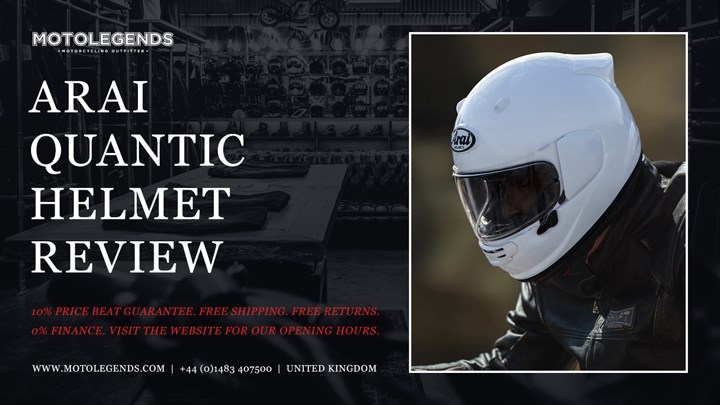 For obvious reasons, perhaps, there hasn’t been a lot of new product development in the helmet market in the last 12 months or so. In 2021, we’re going to see a lot of new colourways from manufacturers, but not a lot of totally new helmets are going to be released this year. But one of the high spots in 2021 is going to be this new Arai Quantic.
Click here to read more 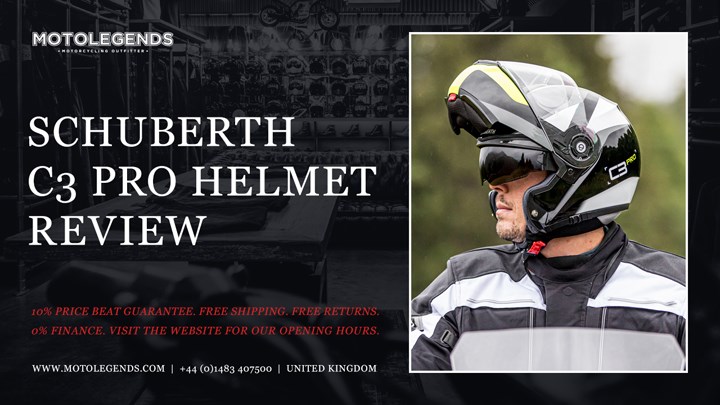 The Schuberth C3 Pro is a helmet that has been around since 2014, when it replaced the original C3. It might therefore seem a little strange that we should now be reviewing the helmet so many years after it was first released. But we have never formally reviewed the C3 Pro on its own, and it is still a very fine helmet, so better late perhaps than never.
Click here to read more 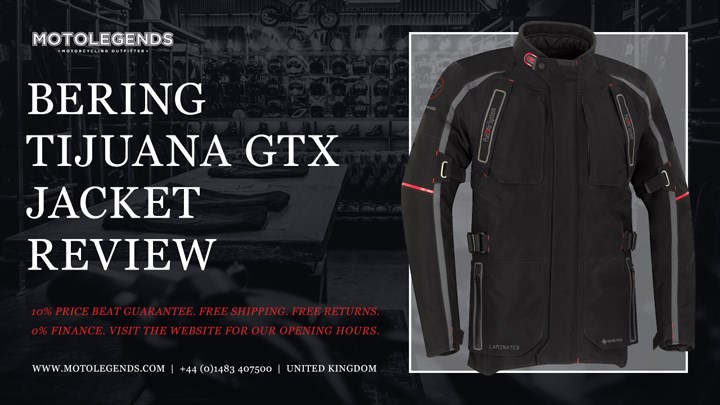 Let’s talk first about Bering, because Bering hasn’t always been a Motolegends kind of brand; and in some respects it still isn’t. But the brand is owned by the huge Trophy group that includes Shark helmets and Segura within its portfolio. And what this means is that, if Bering wants to go upmarket and become a player in the technical world, they have the commercial clout to make it happen. And this seems to be the direction in which the company is travelling.
Click here to read more 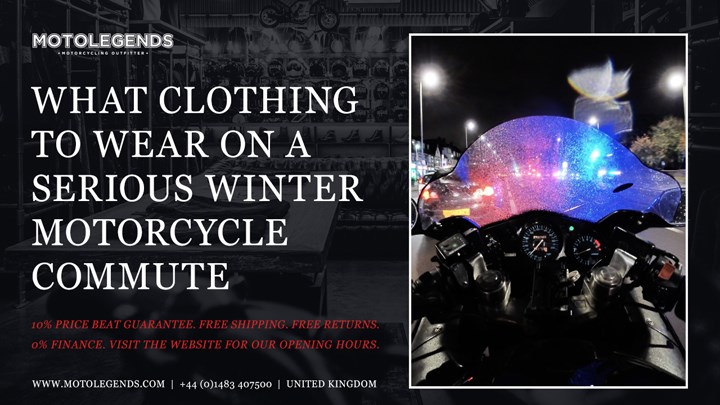 We’ve put this little video together because, after the first Lockdown, we had a lot of customers in the shop who had decided that they wanted to commute into work on a bike, rather than take the train or some other form of public transport.
Click here to read more 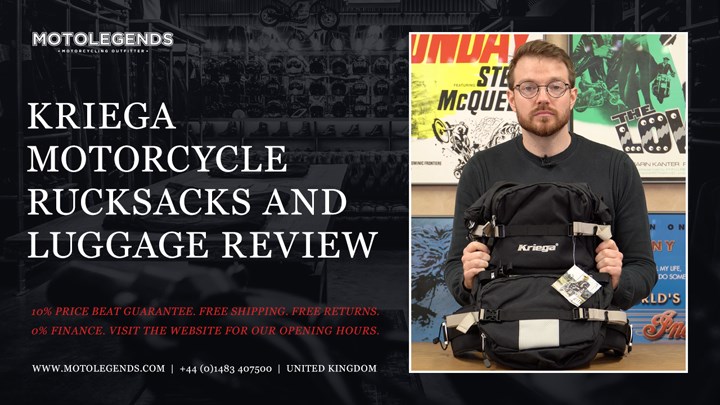 There isn’t anybody in the motorcycle apparel business quite like Sean. Okay, he faffs about like an old lady, which makes going for a ride with him a test of patience that even Job would find beyond him.
Click here to read more 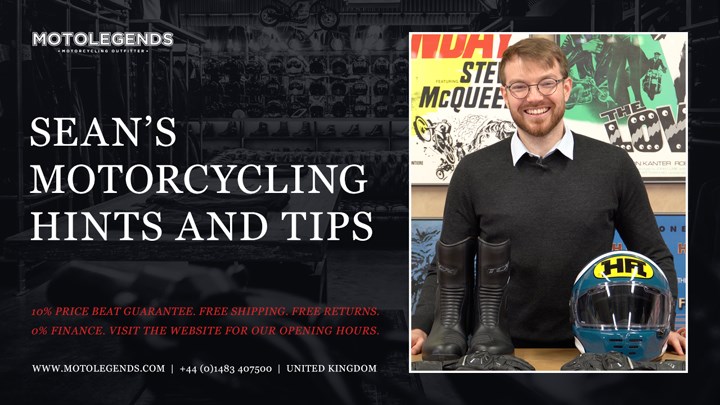 Unbelievable. Absolutely unbelievable. First day of Lockdown; I go into town to see my dentist; and whilst I’m out Sean decides he wants to be the Chap in the Cap! What’s really annoying is that his video is pretty good.
Click here to read more

If you’re a regular visitor to the Motolegends shop, then it might not be worth watching this video. It’s going to be 10 minutes you’re never going to be get back, and because the video is all about the shop and how it operates, you’re going to find that it’s not particularly illuminating.
Click here to read more 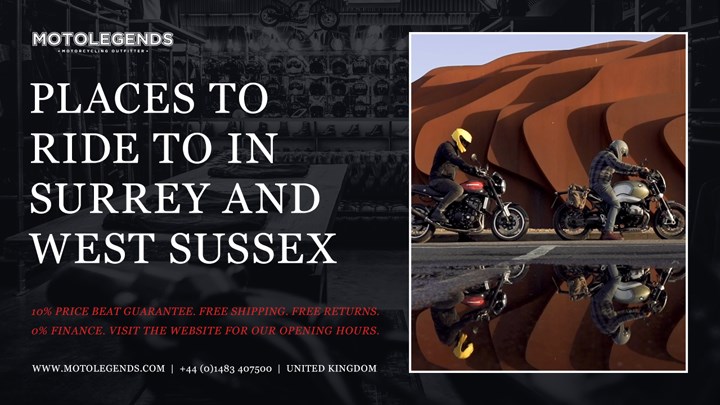 If you live in Guildford or Godalming, we may well be your closest motorcycle clothing shop, but the truth is that we do always seem to have attracted visitors from further afield. And these days, we are often truly humbled by the distances we discover people have journeyed to come and see us.
Click here to read more 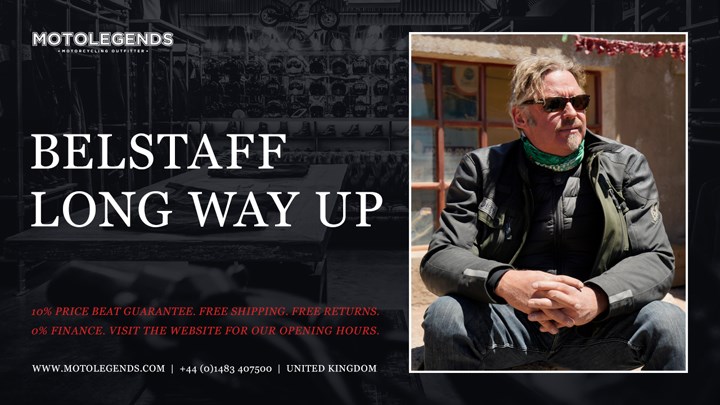 At the back end of 2019, Ewan McGregor and his best pal, Charley Boorman, set off on their latest trip. Their adventure would take them from the southernmost tip of South America, 13,000 miles north to Los Angeles.
Click here to read more 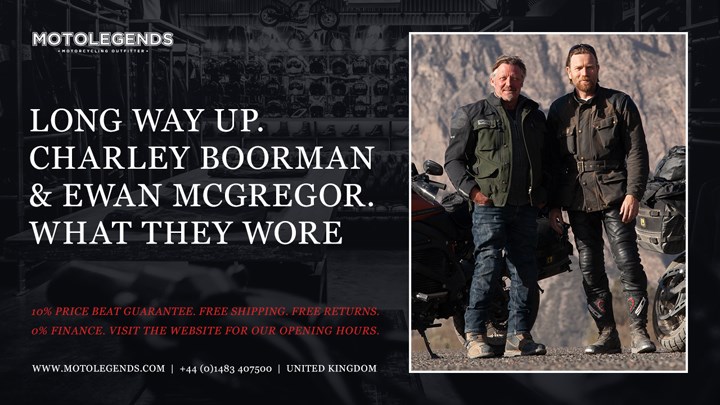 At the end of 2019, Charley Boorman and Ewan McGregor set off from Ushuaia in Patagonia, the southernmost tip of South America, to travel 13,000 miles to Los Angeles. They gave themselves a timeframe of 100 days to complete the journey.
Click here to read more 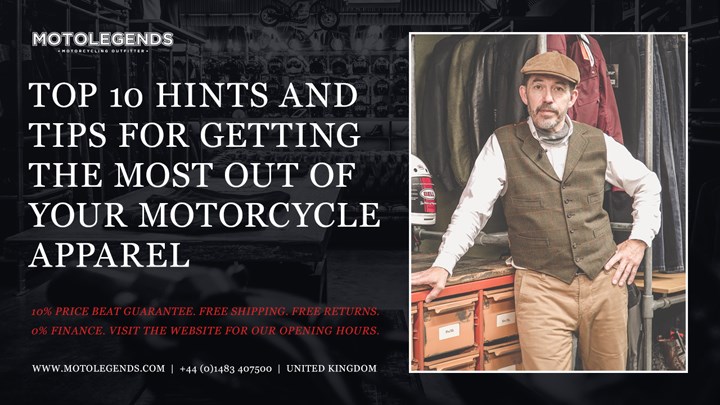 Would it be wrong or immodest of us to suggest that, here at Motolegends, we have more of a technical bent than most motorcycle apparel retailers? And would it be too wide of the mark to suggest that we care more about making gear work for our customers than do most retailers?
Click here to read more

This week, the chap in the cap tackles one of the thorniest subjects in the entire motorcycle apparel business; namely, how to make sure you get the perfect-fitting motorcycle helmet. In this video, Chris tackles a number of issues that are very rarely raised in motorcycle shops.
Click here to read more 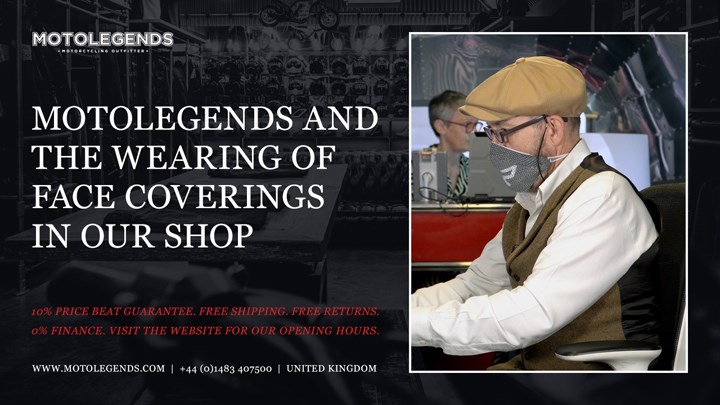 As of last week it became a requirement to wear a face mask when visiting a shop. And so clearly that’s the way it’s got to be. In this really short video, Chris delivers our take on the subject.
Click here to read more 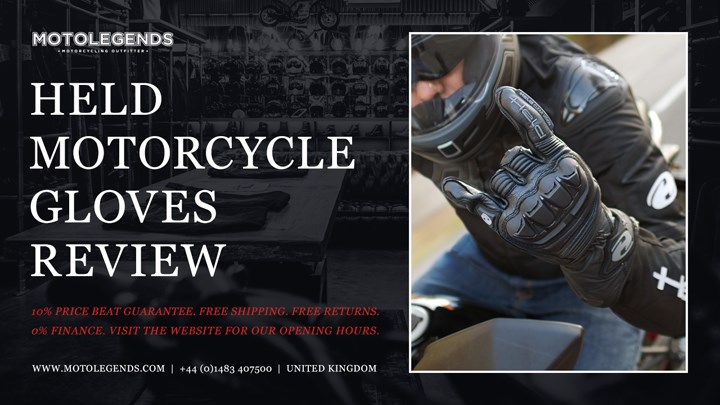 We’ve never really been short of gloves to put on the shelves, which might explain why we have never taken on Held gloves. But, in recent times, we’ve become a little disappointed with some of the gloves that have been offered to us by some of the manufacturers.
Click here to read more 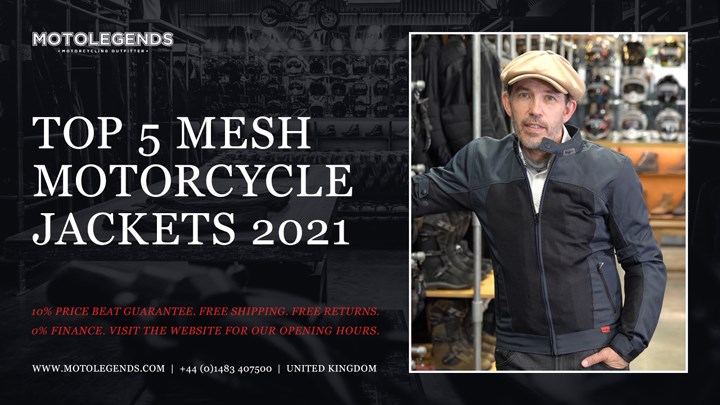 Well, I think it’s termed Sod’s Law. When we decided to put together a Focus on mesh jackets, the temperature was up in the thirties. Being Brits, we were all complaining about the excessive heat, oblivious of the fact that for 11 months of the year this is the kind of weather we dream about.
Click here to read more 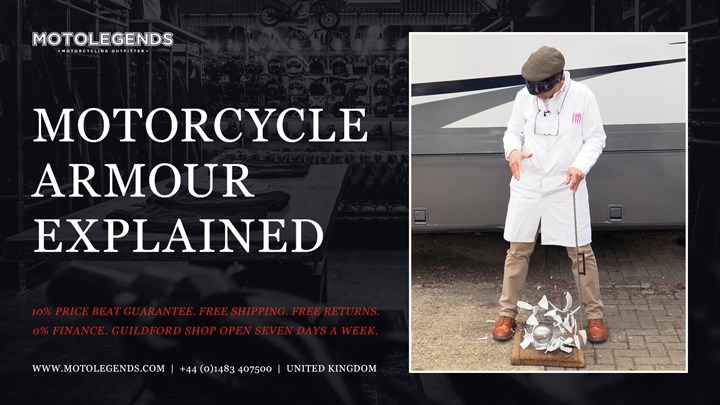 One of the things that first got Chris interested in doing videos was the fact that when he initially got into biking nobody explained anything to him about the gear he needed. He ended up buying almost solely on price and styling, because he had no idea about what he needed for the kind of riding he did.
Click here to read more 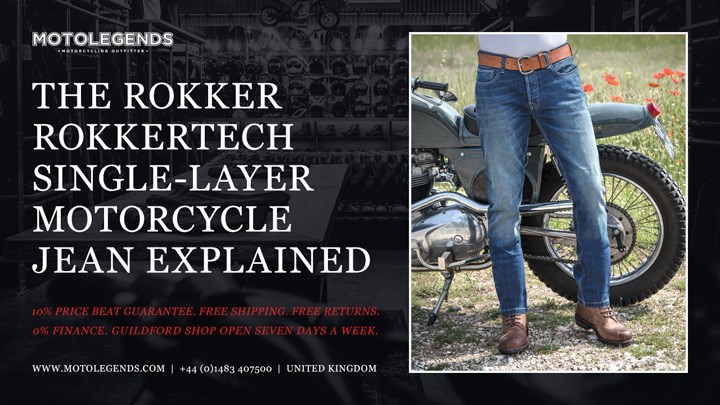 We love the Rokker brand. And we particularly love their Rokkertech jeans. We’ve tested every jean out there, but in our view there’s nothing to match the Rokkertechs. With a slide time of over six seconds, these jeans are 50% more abrasion resistance than a leather trouser. But they look fantastic and they’re lovely to wear. For many people a Rokkertech is their favourite jean; off or on the bike
Click here to read more