The Café Racer is born

The Café Racer was a phenomenon that kicked off in the late fifties and early sixties.

After the austerity of the forties and early fifties, teenagers suddenly had money in their pockets, and it was burning holes. 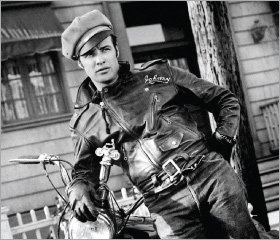 There was a hint of rebellion in the air, and inspired by movies like Marlon Barndo's Wild One, the kids turned to motorbikes to get their kicks.

Circuit racing had enjoyed a post-war renaissance, and many young riders tried to emulate their racing heroes by converting what were often everyday commuter bikes into lookalike racers.

They customised their bikes by replacing the steel petrol tanks with lightweight alloy ones, and by adding clip-on handlebars and rear-set foot controls. 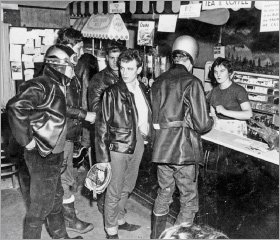 These bikes were known as Café Racers; so called because they were ridden by the kids who hung out at late night transport cafés up and down the country, and who often raced one another from café to café.

Another influence for these youngsters was the nascent Rock ń Roll scene, and so they also became known as 'rockers'.

To be classified as a proper Café Racer, a bike would be expected to reach a 100mph; the magic 'ton'.

The races, or 'burn-ups' as they were often known, were highly dangerous affairs, and many riders lost their lives as they sped up and down the public highways, terrifying law abiding citizens as they sped by.

At weekends, it was customary to ride out to the coast. With loads of bikes riding together, it didn't take long for people to view these bikers as gangs. In most cases, it was just kids blowing off steam, but there were undoubtedly eruptions of violence. Whether or not the rivalry was real, or whether it was stirred up by the press, the perceived enemy of the motorcyclist was the scooter riding 'Mod”. Hence the 'Mods versus the Rockers' mythology. 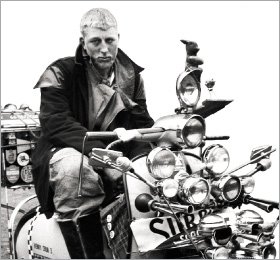 The media got particularly excited when the two clashed on Brighton beach on the May bank holiday of 1964.

The bikers would create their Café Racers from a whole host of donor bikes. Triumphs, Nortons and BSAs were the favoured manufacturers, although they also modified AJSs, Matchlesses, Ariels, Enfields, Sunbeams and Vincents. Easy credit enabled them to afford the kind of bikes that their dads could only have dreamed of.

Perhaps the most iconic bike of the era, however, was the legendary BSA Gold Star DBD 34 Clubman, or the equally purposeful BSA Rocket Gold Star. 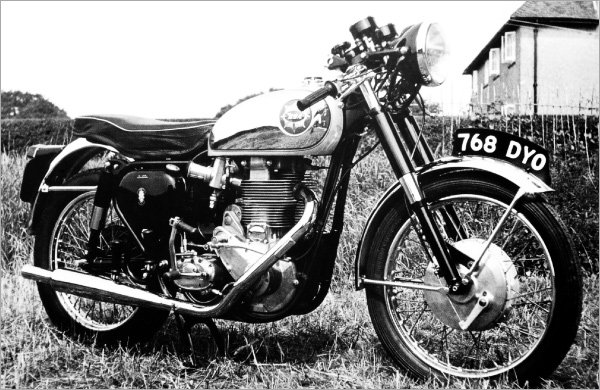 One of the most successful motorcycle clubs of the time was the legendary '59' Club, created and run by the most unlikely of characters: Reverend Bill Shergold. 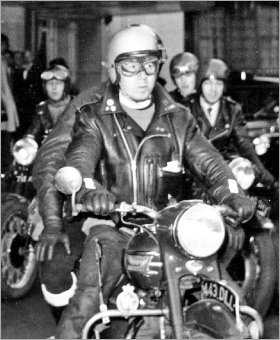 Not untypically, Bill was a reverend who rode a bike. Based originally in Hackney, in 1959 he created a youth club, and reached out to bikers to become members.

After some initial scepticism, he gradually became accepted, especially after he upgraded his bike to a 500cc Triumph Speed Twin!

When he moved to a new parish in Paddington, just five minutes from the Ace Café, membership grew, and by 1965 the club had over 10,000 members.

Bill never stuffed religion down the throats of the club's members, but he was always there to discuss problems with anybody who sought his counsel.

Even today, the pipe smoking, leather jacket clad Shergold remains one of the most iconic figures of the era.

The style of the guys and girls who rode Café Racers was influenced by many factors.

The American films of the era, with stars like Marlon Brando and James Dean, provided much of the early inspiration. 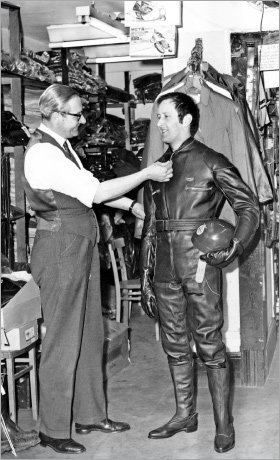 The leather biking jacket became 'de-rigeur', and many of the brands and styles became part of the uniform. The Highwayman jacket from companies like Rivets of Leytonstone was particularly associated with the Café Racer look. Lewis Leathers of Great Portland Street in London was one of the most popular shops for biking gear. With no

such thing as armour, the jackets were heavy duty and immensely tough. But on the legs it was rarely anything other than a pair of denim jeans.

Until more specialist styles became available, flying boots were the standard footwear, with thick white-top socks folded over the top of the boots.

Gloves were leather, and with long cuffs for extra warmth.

The helmets were open-faced or pudding basin; the full-faced helmet hadn't yet been invented.

The final flourish was usually a white silk scarf wrapped around the neck.

It was only the arrival of large capacity, sophisticated machines from the Japanese manufacturers at the end of the sixties that the Café Racer diminished in popularity.

Today, of course, the Café Racer is back in fashion, and as much a motorcycle style icon as it ever was.