An Obsession with Road Racing

It would be true to say that from the moment the motorcycle was invented, there was a will to make it go faster, from which followed the desire to race one machine against another.

The first Isle of Man TT races, for two different classes of touring motorcycles, were held in 1907, and throughout the twentieth century racing was a prominent feature of the motorcycle world. It was fun to watch, and exciting to take part in. For the manufacturers it provided a platform for improving the performance of their machines, and it is undoubtedly true that the high performance bikes we ride on the road today owe much of their sophistication to the innovations that came about through racing.

It was in 1949 that the FIM Motorcycle Grand Prix World Championship was inaugurated; it is a series that is still running strongly today.

Britain had always had a strong association with racing, and from the very early days domestic riders figured prominently in the sport. 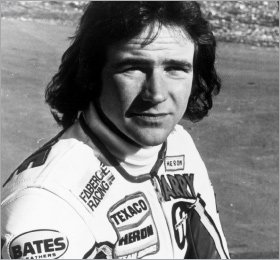 Leslie Graham was the first 500cc champion in 1949. Geoff Duke dominated the sport in the early fifties; Surtees in the late fifties. Hailwood won the championship from 1962 to 1965. After a seven year period where the great Italian rider Giacomo Agostini conquered all, Phil Road and the Barry Sheene flew the flag for the UK in the mid seventies. After that the American riders took over, in a rule that lasted right through to the early nineties.

These British champions, as you might expect, became heroes for many road-going motorcyclists. They were household names, and the manufacturers revelled in the glory that their track victories brought them.

But it was the success of a new championship that raised the interest in track racing to a totally new level.

The World Superbike championship was founded in 1988, but what made the series so unique was that the bikes that raced in it were essentially tuned versions of the motorcycles that were available for sale to the public.

In 1988 and 1989, the title was taken by American Fred Merkel on Honda's now iconic RC30, a machine that was almost identical in nearly every respect to the bike that could be purchased by anyone with a motorcycle licence at their local Honda dealership.

The same applied to the Ducatis, Kawasakis, Suzukis, Yamahas and Aprilias that have taken every title since.

Riders thrilled to see the bikes they rode on the road being pushed to their limits on the circuit. TV audiences boomed, as did sales of the bikes that mirrored those that raced in the series. And if the large capacity machines that replicated the racers were out of reach financially for some, the motorcycle industry met the demand with bikes of a smaller capacity that nonetheless remained true to the ethos of their larger siblings. 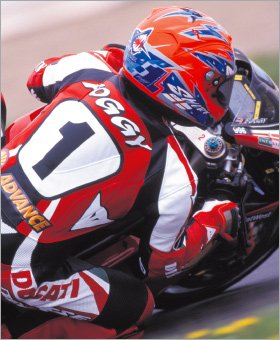 It was, though, the British rider Carl Fogarty who lit the blue touch paper beneath an already enthusiastic British audience. Throughout the nineties he was the pre-eminent British rider, accumulating four titles in the series.

So adoring was the British public of the bikes and riders who participated in both the World Superbike series, and the UK based series that adopted the formula in 1993, that it became somewhat 'de rigeur' for many motorcyclists to ride a race replica bike on the road.

The standard form of dress became the one piece leather suit. The helmets that sold best in motorcycle dealerships were those that bore the graphics of the leading riders. And, of course, no rider's outfit was complete without the addition of a pair of racing gloves and boots, all adorned with the protective features required by the professionals.

Unfortunately, perhaps, for the reputation and safety record of motorcyclists, this phenomenon spawned a new style and approach to riding.

The Sunday morning ride became not an opportunity to get into the countryside for some scenic vistas and fresh air, but rather an opportunity for a race.

Clad in a racing suit, and sat astride a machine often capable of a speed well in excess of 150 miles an hour, it was inevitable that riders would want to explore the capabilities of their bikes. 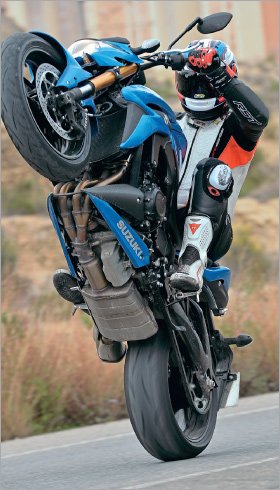 It became a badge of honour to walk around in your leathers with sliders that had been ground down, as an indication that you were able to get your “knee-down” on the local roundabout.

Of similar import was the need to demonstrate that you could pull away from the traffic lights, balancing the bike balletically on the back wheel. Those who found the task more challenging were able to take lessons at the various 'wheelie' schools that sprung up around the country.

Not, of course, that the World Superbike Championship was the only series that influenced riders. The blue riband bike racing series had historically always been the Grand Prix 500cc championship for prototype bikes.

World Superbikes definitely dented the popularity of Grand Prix racing. Even more so than in the car world, World Superbikes allowed the enthusiastic motorcyclist to watch a bike win on Sunday, and then buy it on the Monday.

The popularity of the long established Grand Prix motorcycle championship was rescued, however, by one rider: Valentino Rossi. 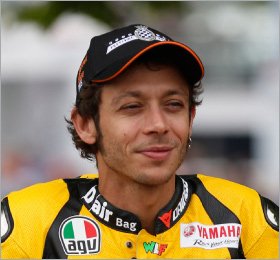 His amazing talent, joyful nature, and off-track antics made him into a genuine global megastar, the likes of which the racing world had never before experienced. He sustained the public's interest in racing almost singlehandedly throughout the first decade of the new millennium.

But as the decade ended, and Valentino's domination started to decline, slowly but surely the obsession with road racing that had driven the motorcycle industry not only in Britain, but worldwide, began to diminish also.

In a world concerned about the greenness of the environment and global warming, a world in which speed and the excessive consumption of fossil fuels had started to become socially unacceptable, it was perhaps inevitable that a new aesthetic would emerge.

Sales of sportsbikes went into decline, and riders started to look around for alternative ways to get their motorcycling kicks.