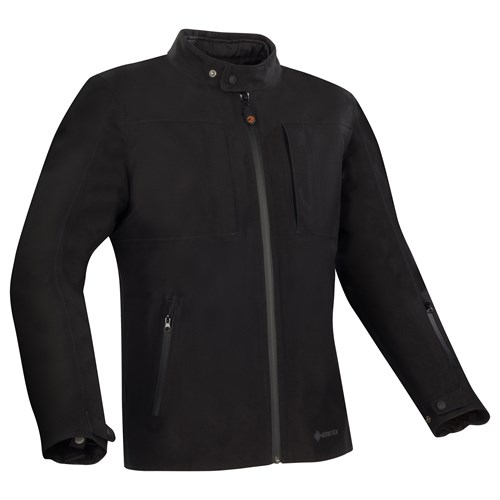 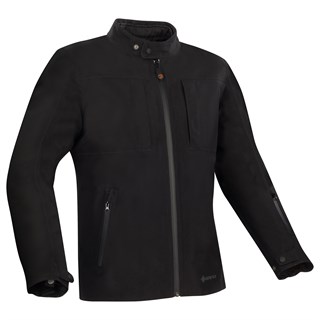 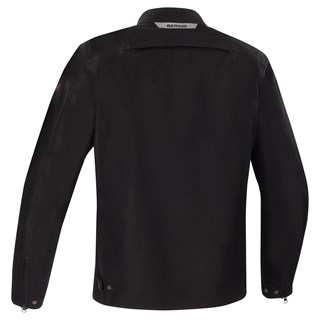 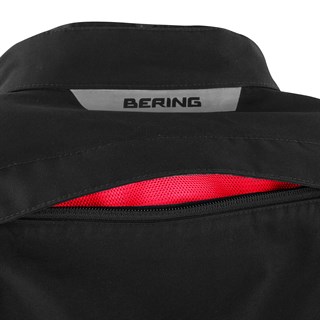 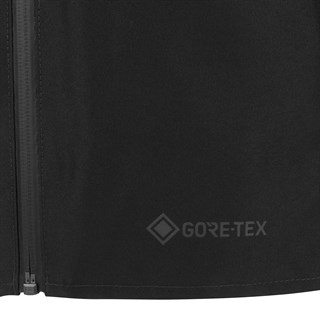 Let me get one thing off my chest straightaway. This is a silly name for a men’s jacket. When I first saw pictures of it, I assumed it was just a very poorly shaped women’s jacket. It turns out that it’s very much a men’s jacket; but why would you call it the  ‘Jacky’? Anyway, enough, because it’s actually a terrific garment.

The concept for the Bering Jacky jacket is a little bit out of the ordinary, and in this it is quite similar to their Slike jacket. And what is unusual is that it’s a casual jacket with a laminated membrane. Now, normally, shorter jackets of this style are aimed at the casual rider, somebody who maybe rides at weekends. But laminted jackets are normally the reserve of the higher mileage rider who might commute daily or do long, two-wheeled tours.

The Bering Jacky jacket, like the Slike, is a kind of hybrid. We have no problem with this; in fact, we quite approve. It’s just unusual. Short jackets like this are not usually designed for zipping in. They’re the kind of jackets you might wear over a pair of jeans. Now any waterproof jacket over a pair of jeans might sound a mismatch because the top half will be waterproof; the bottom half won't be. But as a trend this is becoming much more usual, and that’s because jeans are so much nicer to wear off the bike. You just carry with you a pair of Scott bottoms for the rain.

Still, to put a laminated membrane in such a jacket is unusual; indeed, I am not sure anybody else has done it before. But there’s no reason why not. A laminated membrane is going to mean that you’ll be riding in a jacket that’s never going to wet out. And as it’s a two-layer membrane there’s very little, if any, trade off in terms of comfort.

The difference between the Slike and the Jacky is that the latter has a membrane supplied by Gore-Tex. Now products with Gore-Tex membranes command a bit of a premium, and usually for a number of reasons. The Gore-Tex membrane is undoubtedly a good one. It is technically the most advanced, and although some membranes may be better in some situations when you buy a product with a Gore-Tex membrane you know that Gore will have specified the best membrane for the intended use. The second reason that makes it worth paying a premium is that Gore provides a defined, technical spec. to manufacturers and inspects the construction of the garment before it goes into production. As a result, it is quite difficult to make a poor-quality Gore-Tex product. Thirdly, the Gore imprimatur often gives manufacturers the confidence to increase their warranty to five years, which is the case here.

The similar Slike jacket costs £300; the Jacky is £400. On one level you get a better performing product for the extra £100. But you also get an extra two years of reassurance. At £50 a year, some might deem the extra worth paying.

Anyway let’s talk about the spec. on the Jacky. You get a removable, thermal liner, adjustable armour in the elbows and shoulders, a pocket for a back protector, four external pockets and two internal ones, vents in the chest and a large exhaust outlet across the back. There is some adjustment at the hips, which is normal on a shorter jacket. You also get zips and Velcro tabs at the sleeve ends to allow gloves to be worn inside the sleeves.

All of this plus a GTX membrane and a five-year warranty; and all for £400. We don’t think that’s half bad!