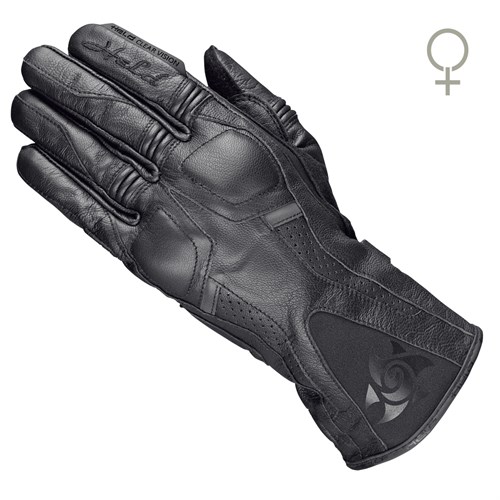 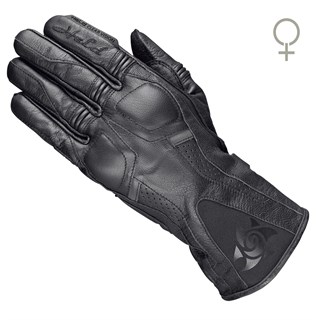 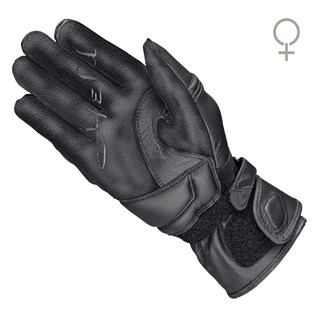 Held make supremely comfortable gloves. But they also do things very much their own way; they don’t just follow the crowd. And the Sereena glove is very much a case in point. Initially, we didn’t quite know what the Sereena was all about. It’s a summer glove, so it doesn’t have a membrane, but it also contains a lining infused with Outlast. Outlast is clever stuff, and many manufacturers use it as part of the thermal insulation on their products. Which is why we didn’t, to start with, understand why Held had put it into a summer glove. But, there is a reason, and it’s quite subtle. The first reason is that, for whatever reason, some women never feel warm enough on the bike. An Outlast  lining will take the chill out of any ride, but because there’s no waterproof membrane the wearer will not perspire. As we said, it’s quite subtle. It’s the kind of summer glove that is still wearable early in the morning or after the sun goes down in the evening. The other side of the Outlast coin is that it helps to regulate temperature, so if you put the glove on when your hands are hot and sweaty, it will draw that heat away from the body to cool the rider down. The Sereena is different to any glove on the market. It’s very clever. It won’t be right for everyone, but for some people it will be perfect. Still no good in the rain, though. Anyway, if it’s a ladies’ summer glove you’re after, particularly a summer glove that’s a bit warmer than most it might be worth taking a few minutes to watch the video.
Read more