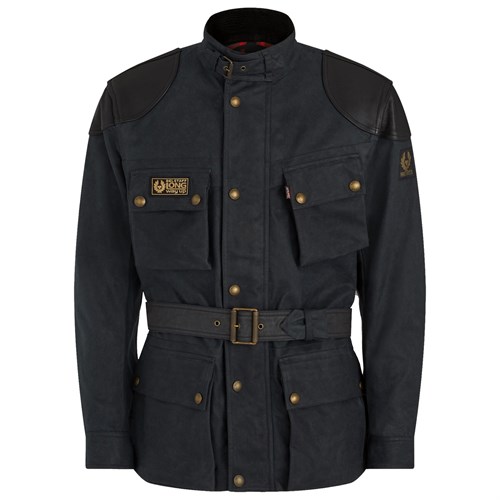 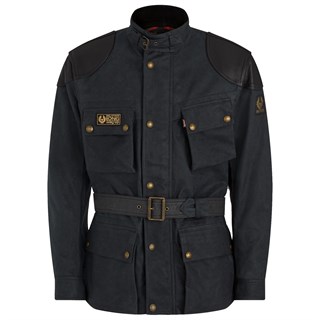 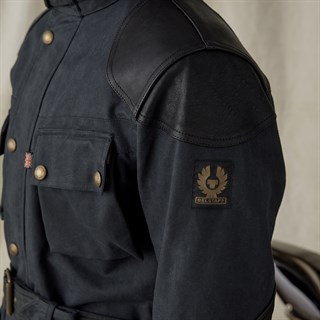 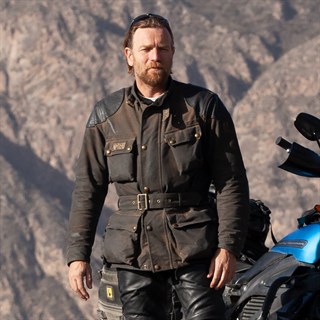 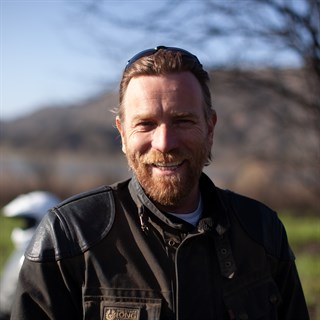 For their latest adventure, the so-called Long Way Up trip, Ewan McGregor and Charley Boorman rode electric Harley Davidsons from the southernmost tip of South America all the way up to Los Angeles; a journey of some 13,000 miles in total.

But although, for their rides, the boys changed their allegiance from BMW to the iconic American brand this time round, they elected to stay loyal to their long-term clothing partner: Belstaff. Now Charley worked closely with Belstaff who, in turn, worked closely with us, to produce a high-end, technical, adventure suit for the trip. It’s a cracking suit that you can read about elsewhere on the Motolegends website. But Ewan, ever aware of a good photo opportunity, decided to go down a more traditional, classic route.

In truth, what he wore would not have been what we would have elected to ride in; he went for heavy-duty leather pants below an even heavier wax cotton Trialmaster-style jacket. That new jacket was designed with input from Ewan; and it is called the Belstaff Long Way Up McGregor Pro jacket. The outer chassis is made from a very waxy, 12 ounce wax cotton produced by Scottish mill Halley Stevenson.

Now, a heavily-waxed, wax cotton is going to be pretty waterproof, but the jacket does not rely solely on the material for its impermeability. Inside the jacket, there’s seam-sealed waterproof membrane. The result is a jacket that is going to be amazingly waterproof: a combination of wax cotton and a membrane will actually deliver near-laminate levels of waterproofing. For us the downside of a jacket like this for an adventure of this scale would have been the outfit’s breathability. Wax cotton does not breathe well. A membrane potentially just makes the situation worse.

Having caught up with the boys since their return, it would seem that much of the first part of the trip was really cold, so Ewan was not unhappy with his McGregor Pro jacket. When the weather warmed up on the North American leg, the pair then transferred to Belstaff’s lighter, mesh Temple jacket. This is one of the benefits, I suppose, of having a train of support vehicles in hot pursuit! But whether or not this jacket would have been what we would have chosen, it is a lovely bit of kit.

Inside, the entire jacket is lined with the McGregor clan tartan. Corduroy, as you would expect, lines the collar and cuffs. Now having stated that this is going to be an amazingly waterproof jacket, the weak point will be the chunky, old-fashioned, brass zip. Which isn’t waterproof! But in an attempt to try and stop any rain from entering the jacket, you get an external placket and an internal storm flap with a rain channel. In the heaviest of downpours, you might get a tiny amount of rain through the zip, but we don’t think this will be a common occurrence.

In terms of protection, heavyweight wax cotton is actually more abrasion resistant than you might think. Belstaff has only accredited the McGregor Pro jacket at the A level, but this is the most robust wax cotton jacket on the market, and we have no doubts that it would sail through the AA standard. And then, of course, you’ve got leather on the elbows and shoulders for further added abrasion resistance. As far as impact protection is concerned, there’s D3O armour in the elbows and shoulders; and you get a pocket to take a back protector.

The rest, really, is just detail. Four flap pockets; the top two with what are known as ‘pocket bearers‘ to prevent ripping. You get adjusters at the cuffs and at the neck. The belt is reversible, and reflective on one side. The bottom two brass buttons are actually rubber covered, even though it doesn’t look it.

Belstaff think it’s important that the jacket feature a large LWU badge on the top left pocket; not sure we agree, but maybe for some people it will be the deciding factor. The bottom line for us is this. This is the mother of all wax cotton jackets. This is the kind of jacket that riders like Sammy Miller wore back in the fifties. It’s robust beyond belief. It’s not going to fall apart; certainly not in your lifetime. This is not the kind of jacket you want to be wearing when the mercury records temperatures up in the thirties. And I personally wouldn’t want to tackle hard-going terrain in it, because it’s the kind of jacket that it’s difficult to keep cool in. But if authentic, classic looks are important to you then the Belstaff McGregor Pro jacket is the one for you.

Just one last word. If you’ve got white leather upholstery in the Jag, don’t drive in this jacket!