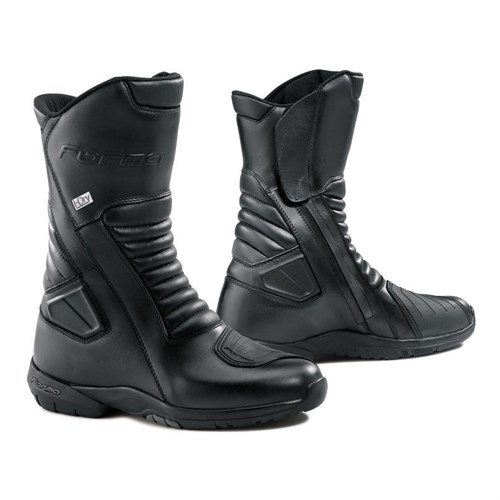 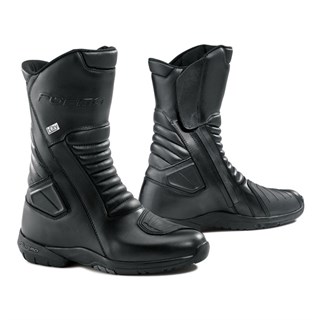 Here at Motolegends we are huge fans of Daytona’s boots. In our view, for a whole host of reasons, they are simply the best. But they are not inexpensive; and so superior as they night be, they are not within everybody’s budget. Which is why we have long sought a touring boot that might sit one rung below Daytona. To an extent, Held has fulfilled that role, but they are still expensive. Now there are plenty of cheap boots on the market, but very few of them have measured up. But a couple of boots from the Italian brand Forma would seem to. And this is one of them: the Jasper HDry.

The Jasper has a full-grain, leather upper, but one of its distinguishing features is that the HDry membrane is laminted to the inside of the leather, meaning that this is a boot that will never wet out, and so, in theory, it should perform particularly well in heavy rain.

We also think the Jasper HDry should be a particularly comfortable boot. The leather is soft. You get large, padded panels in the forefoot and in the heel, and padded collars on the front and rear cuffs. The Jasper is also fashioned on their wider last, so it is going to work better on those with broader feet.

Much of the other stuff is what you might expect of such a boot. So you get a large TPU protector on the shin, protectors in the ankles, hardened counters in the toe and heel, a gearchange pad, a reflective insert in the heel, and so on. Entry is by means of a single zip. The aperture can be adjusted by means of a Velcro flap. The sole is rubber, and although Forma claims it has all kinds of extraordinary qualities, the way we see it, it’s just a rubber sole.