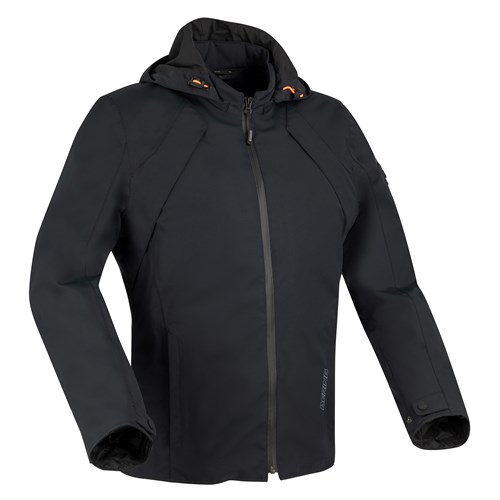 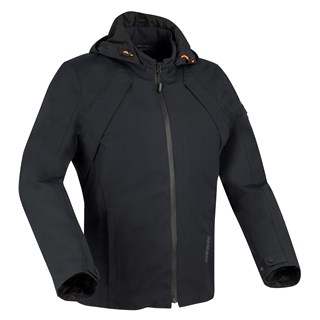 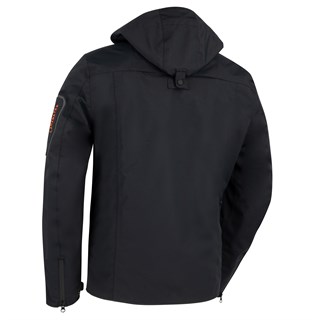 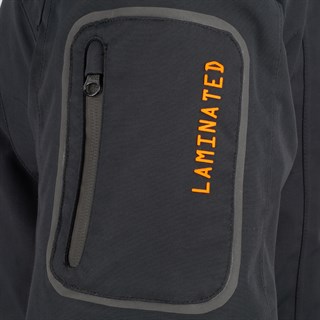 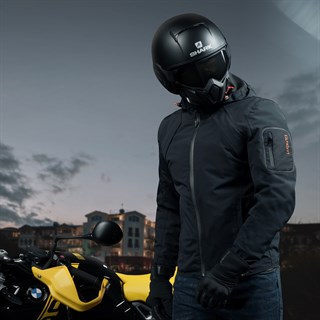 The Bering Slike jacket is a bit of a dark horse, and we’re not sure that there’s anything quite like it on the market. Let us explain. In styling terms, it’s very much what we would call a casual riding jacket. That is to say that it’s not the kind of jacket you would undertake an arduous daily commute in, or wear for a long-distance tour. It’s a short jacket that, in truth, is not really designed for zipping in to a pant. Even though it’s a waterproof garment, it’s the kind of jacket that you would normally wear over a pair of jeans. The detachable hood is also a bit of an giveaway. This is the kind of jacket you wear when you want to look cool. Or coolish!

But the anomaly is this; in the kind of jacket we’re talking about here you would most of the time want a membrane, but I am not sure that we have come across a jacket like this that comes with a laminated membrane. It seems a bit of overkill, but it makes this a jacket that will never wet out. And there’s no trade-off with comfort in this instance, because it’s still a very nice jacket to wear. Now you might think it it would be strange to wear a laminated jacket over a non-waterproof jean, as we have suggested, but this is a style that is becoming ever more prevalent, because jeans are the way to go off the bike. It merely means that you need to carry a pair of Scott bottoms in the case of rain.

Exactly what I was looking for, ideal for spring summer and autumn and versatile to be worn as a stylish leisure jacket walking about in light rain . Brilliant for also and I am 6 3