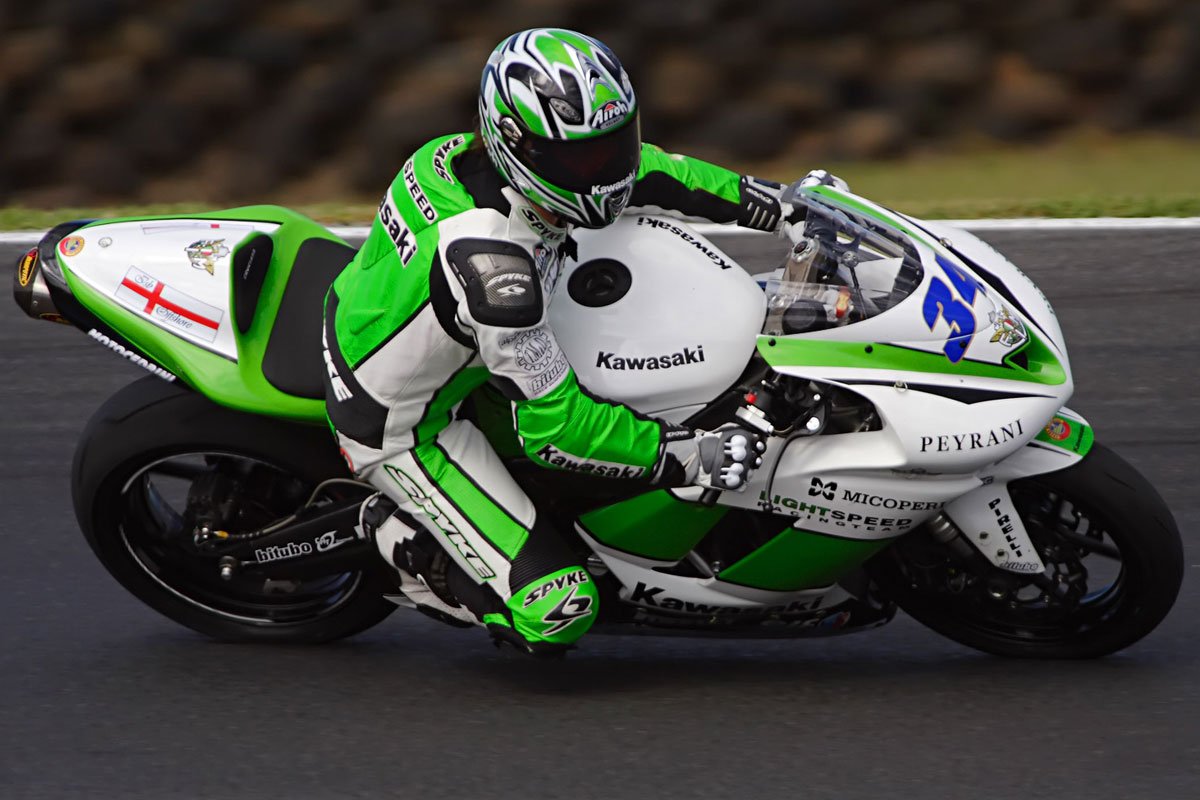 He turned up in a two piece leather suit in a colourway that looked as though it might have co-ordinated well with some kind of racing Kawasaki in the eighties. He had matching leather race boots. Under his leather jacket, he was wearing a hoodie.

He was so cold he could barely talk, and he was shivering. We got him a pot of tea, and left him to warm up. A Rossi racing helmet was what he had come in for, but we couldn’t help, as it had sold out years ago.

Once his teeth had stopped chattering, I walked over to engage him in conversation. We had a chat about his bike, after which I casually asked him why he was wearing a leather suit on such a miserable day.

He looked at me as though I had descended from another planet. He clearly thought it was a stupid question. "Coz leather's best, innit ?" he retorted. It wasn't really a question, but rather an indisputable statement of the bleedin' obvious, as far as he was concerned.

"Well no", I tentatively suggested, wanting to hold my ground, "actually it isn’t". He looked amazed that anybody should express such an heretical view. I tried to explain to him that the reason he was shivering was that leather wasn’t waterproof, and had no thermal properties.

A good textile jacket, I told him, would have a waterproof membrane and a thermal liner, and this would keep him dry and warm on even the wettest and coldest of days, especially if worn with the correct base layers.

"Perhaps", he responded begrudgingly, "but what if you come off? Nothing protects your arse like leather." He smiled, clearly of the view that this was check-mate, game, set and match. Game over!

Not wishing to cause offence, I pointed out, extremely politely, that this wasn’t necessarily the case. A textile pant with an abrasion resistant lining could be every bit as protective as a leather one. In fact, I told him, we sell protective jeans that are almost three times as abrasion resistant as a pair of leather riding trousers.

But he was not to be persuaded. 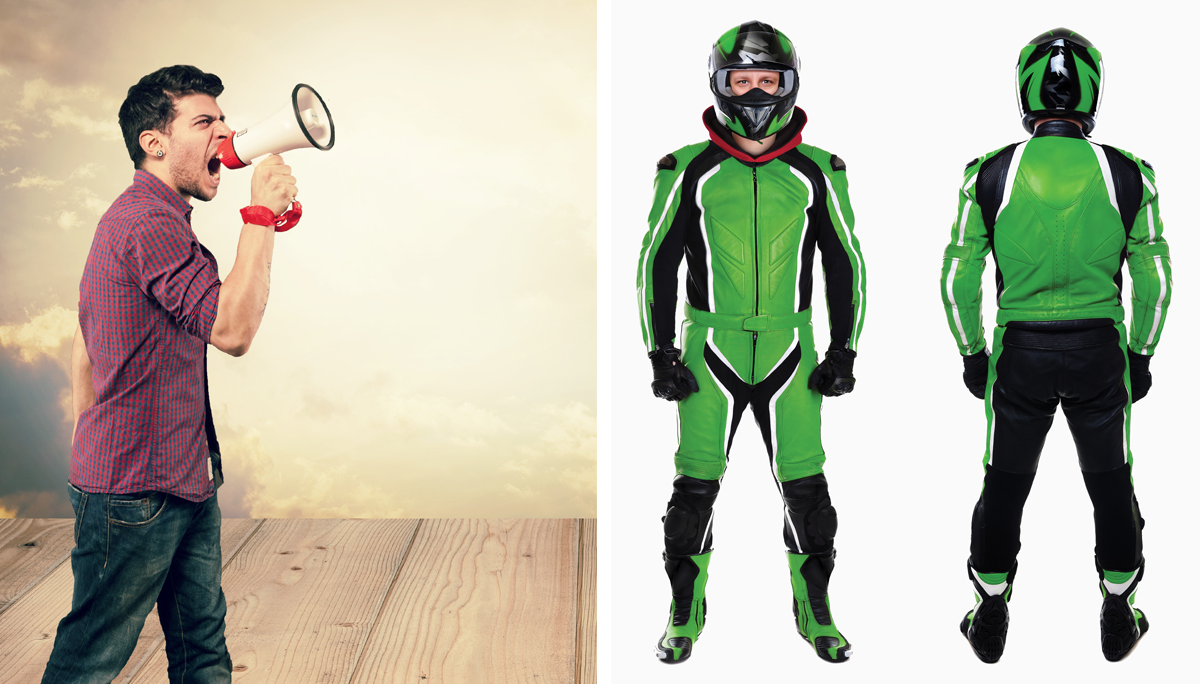 Difference of opinion? It may look like the perfect outfit for a ride on a cold wet day... but it's really not.

"If that were the case," he asked, "why do racers always wear leather?"

"Well, one of the reasons they wear leather is because it fits tightly on the body, and so creates minimal wind resistance’’, I explained. "A thin, lightweight leather suit also allows a racer to move athletically about the bike.

Yes, leather is protective, but protection is only one of many considerations for a racer. And what's more, as motorcycle races don't tend to last long, keeping dry and warm are not normally prime concerns".

I also put it to him that professional couriers, people who circumnavigated the globe, and people who raced in events like the Paris Dakar, didn’t wear leather. Surely that said something, I suggested.

But I could tell he wasn’t impressed.

"I’ve seen a report that shows how much further you can slide down the road in leather, before you roll over and start to tumble."

I had to concede this one. On a track, if you come off at high speed, you want to be able to slide smoothly on your rear until you come to a stop, or hit the kitty litter. My final comeback was that, in a road situation, sliding smoothly was not such a priority. If you come off on the road at that kind of speed, the chances are that your progress will be halted by an object of some sort; the kind of object that will normally bring your progress to a very abrupt conclusion.

I closed my argument by admitting that leather is indeed the best material for the track. For most other riding situations, I opined, it was less than ideal however. Ultimately, we agreed to differ.

When eventually he had warmed up, he put on his helmet, and his sodden leather gloves, and departed, in preparation for the next 40 mile leg of his trip when, presumably, he’d need to stop once more for a hot drink and the opportunity to get the blood circulating in his fingers again! Old habits, I suppose, die hard!