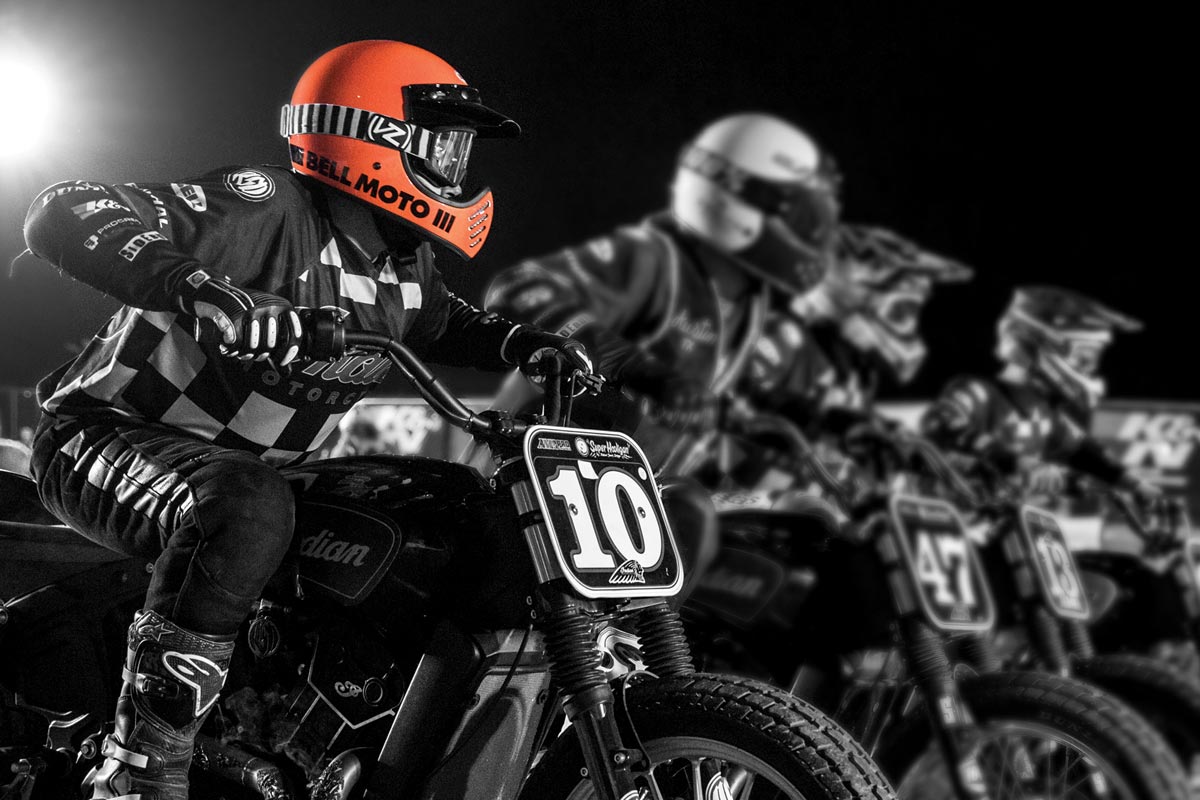 The motorcycle helmet as we know it today was first created by Bell. The Bell Helmet Co. was set up by hot rodder and car parts company owner, Roy Richter in 1957 the company created the first Modern open-face helmet called the 500. The 500 was an immediate success. It evolved over the years that followed, and was copied, of course, by nearly everybody.

By 1962, Bell had designed and built the prototype for a revolutionary full-face helmet. After much development and research, it went into production in 1967. It was called the Bell Star. To increase peripheral vision, it was soon modified to become the Bell Star 120 on account of its 120 degrees of vision angle.

In the early 1970s off-road racing manufacturers such as Husqvarna, Bultaco, Ossa, Honda and so on invaded the US market with small under 250cc off-road machines. Excited perhaps by the exploits of riders like Steve McQueen and Bud Edkins in the International Six Day Trial events and films like Bruce Brown’s On Any Sunday, a new younger generation of enthusiasts came into motorcycling, determined to mirror the exploits of their racing heroes.

To meet the needs of the expanding off-road market, Bell landed yet another innovation, introducing the very first dedicated off road helmet. It first landed in 1975, and was called the Motostar; in essence, it was a development of the Bell Star 120. It brought a new dimension to motorcycle design and fashion. Instead of a visor, it featured a large aperture sufficient to take a pair of goggles. There were studs above the aperture to take a peak, and the aperture was shaped with a raise portion in the middle to provide extra protection for the nose.

Recently, Bell reintroduced the Moto 3 helmet, perhaps upset by the large number of companies that had merely copied its original design. Today’s Bell Moto 3 helmet is incredibly similar to the original 1970s' model, differing only in concession to the requirements of modern safety standards.

But the truth is that the modern Bell Moto 3 helmet has not really been designed first and foremost as an off-road helmet. For hardcore off-roading there are more sophisticated and technical offerings. Rather the new helmet has been created for those who might be after an off-road look, but who spend most of their time on the road. It's a helmet that looks right on any modern scrambler-style motorbike. But we see it more simply as a helmet that gives the rider of any bike that wind-in-your-hair feeling that you get with an open-face helmet with the chin protection that you get from a full-face helmet.