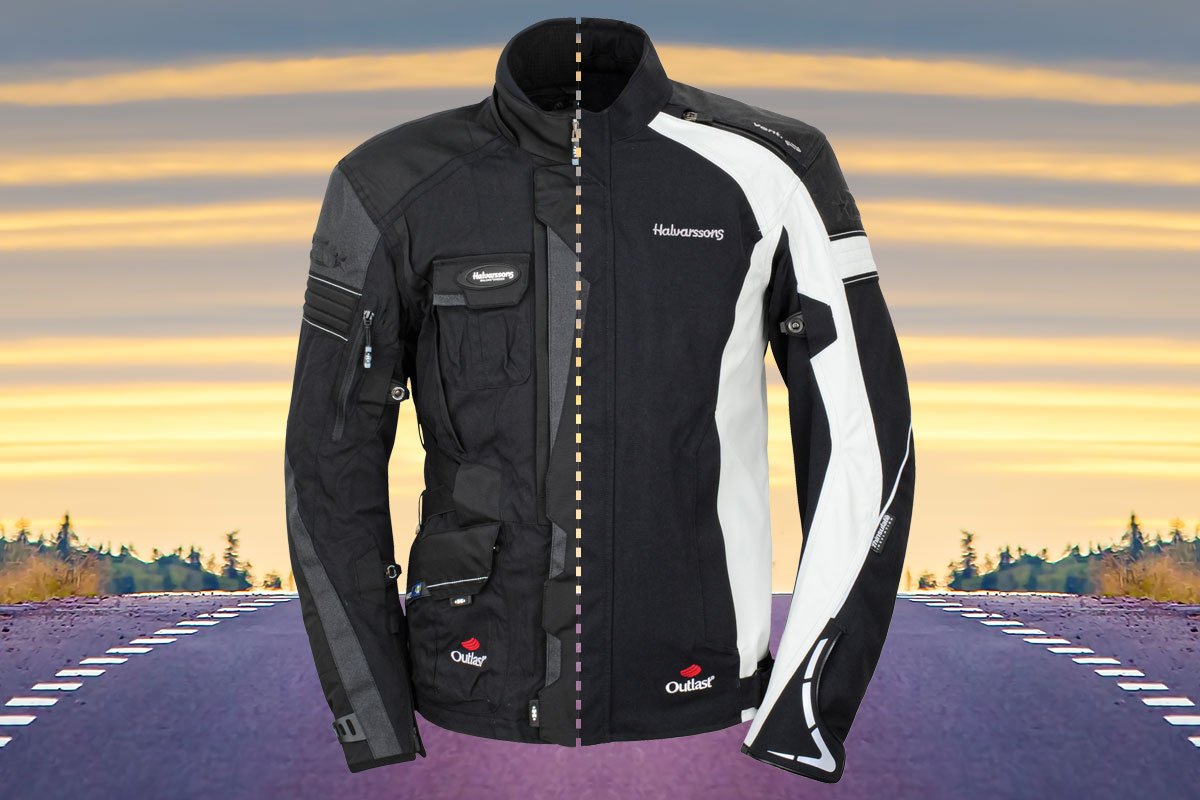 THE HALVARSSONS SHOWDOWN!
WALKYR AND WISH VS PRIME AND PRINCE

There was lots of excitement last year when Halvarssons announced that it would be introducing a new, 2-layer laminate suit to sit next to their much lauded Prime and Prince outfit.

And it has gone down very well, for it has delivered Rukka-like levels of waterproofing, alongside drop-liner comfort at drop-liner money.

And the price for the new combination was so close to that of its predecessor that even we, the world’s biggest supporters of the Prime and Prince, found ourselves wondering why, in the future, anybody would buy the current suit. 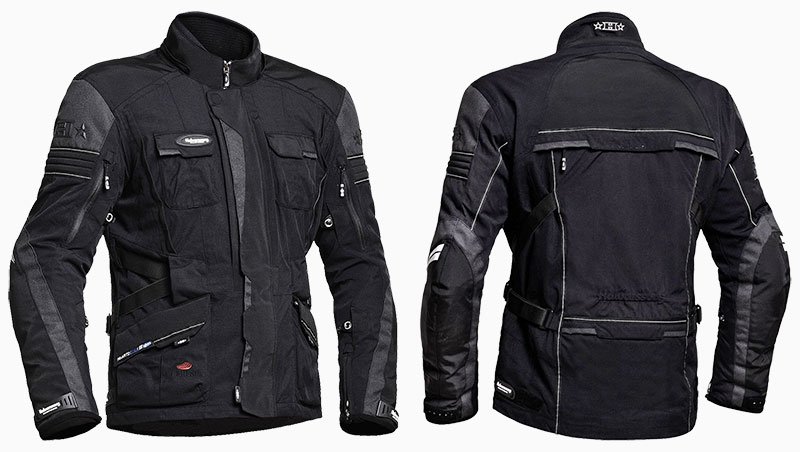 But, as we all know, the perfect motorcycling outfit does not exist and so, now that the initial hullabaloo has subsided, we can be a bit more objective about the relative merits of the two internecine rivals.

Well, the reality is that, in long and heavy downpours, the Walkyr jacket, formerly known as the Wolf jacket, should perform better. We’ve had loads of customers who have ridden all day in their Prime and Prince outfit who have told us that they stayed bone dry. And the old suit was as good as it got in the world of drop-liner waterproofing, but it has to be acknowledged that, in theory at least, the Walkyr and Wish will keep you drier for longer. They will also dry out much faster.

Now this may well be important for somebody who commutes more than an hour a day, or for someone who tours extensively, but if you’re a weekend rider who occasionally does a continental trip, the truth is that the Prime and Prince will very, very rarely let you down. 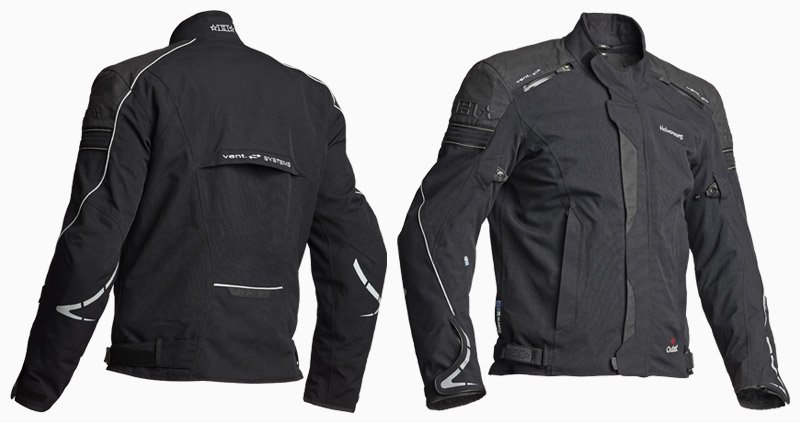 Another outstanding feature of the Walkyr and Wish is their comfort. Laminate outfits are never this nice to wear, but the fact is that the Prime and Prince are more comfortable still.

In fact, waterproofing aside, the deck is stacked very much in favour of the Prime and Prince.

They are certainly more comfortable; the waterproof membranes in the Prime and Prince mould to the body in the way that laminated membranes just don’t.

The Prime jacket is longer which, on the bike, is better for most people. Its side adjusters also mean that it fits better. It’s certainly more flattering to wear, and it’s more adjustable because, by undoing the straps, you release space for thicker layers if required.

The Prime and Prince, it has to be said, are also a bit warmer, although there’s a caveat here. In heavy rain, the Wolf and Wish might be warmer because the outer material will not absorb water like the Prime and Prince. But in dry and cold conditions, the extra layers and air gaps almost certainly mean that the older suit will be warmer.

The new suit doesn’t have a neck collar, which is a shame, and the high-vis vest is not as integrated as the one on the Prime and Prince.

We prefer the positioning of the vents on the Prime and Prince but, of course, a vent in a laminated garment will work better than one in a drop-liner outfit, because the passage of incoming air will not be impeded by a membrane. 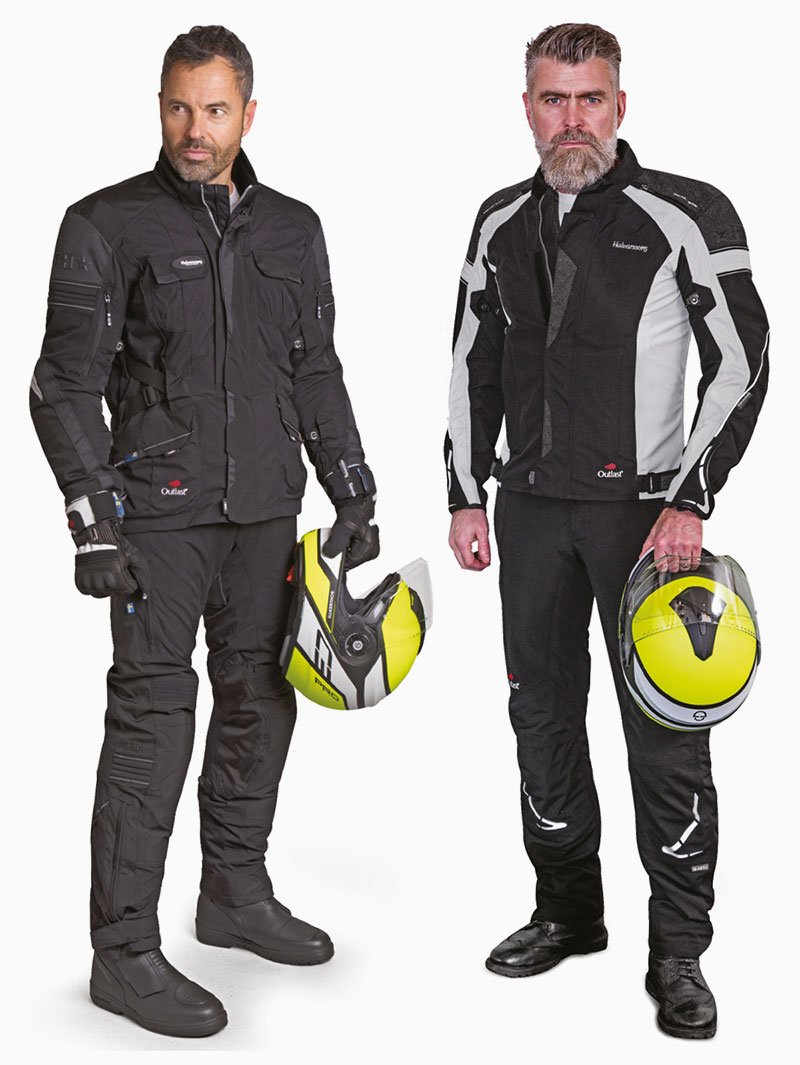 The truth is that there’s no clear winner. The Walkyr and Wish are amazing. Rukka levels of waterproofing for half the money. And they are more comfortable than laminated garments have a right to be.

Yet still, for many motorcyclists, those like me who ride between 5,000 and 10,000 miles a year, the Prime and Prince remain, perhaps, the better choice.

Once in a blue moon you might wish you had bought the Walkyr and Wish, but for the other 95% of riding you will not regret your decision, for the Prime and Prince have a beautiful fit, are comfortable beyond belief, and are warmer.

The truth is that they’re both great suits and, whilst the head might say go for the latest technology, my heart still tells me that the Prime and Prince, day-in-day-out sit, will be easier to live with.