Back in May, we all rode down to St Rémy de Provence in the south of France for our big summer photographic shoot. We were four bikes: me on my shiny new MV, Chris, Art Director Graham and videographer Oli Tennent. Accompanying us all the way was Jude in a van with three palletised containers of gear.

As we were last year, we were hosted by Sarah and Neil who run a classic motorcycle hire business called Classic Bike Esprit. But they also happen to be Europe’s leading seller of Ural sidecar outfits, a pre-eminence that can largely be put down to the fact that co-owner Sarah runs a highly successful sidecar training school; one of the very few that incorporates a real-world, on-road component.

Having never ridden any kind of combination, it seemed rude not to give it a go, so on the first day of the shoot when the boys were busy making sure everybody’s jeans fitted tightly, and that the models sported the right sunglasses and Stetson cap, I met up nice and early with Sarah for my day’s training.

Now it has to be said that Sarah is a stern taskmaster, at least until she knows you’re taking the whole thing seriously. As a skilled and experienced exponent of the art herself, she knows just how dangerous these machines can be if they’re not handled carefully. And so, for the morning, all our riding is done in a disused car park. All I can say is that piloting a combination is nowhere near as easy as Sarah makes it look. 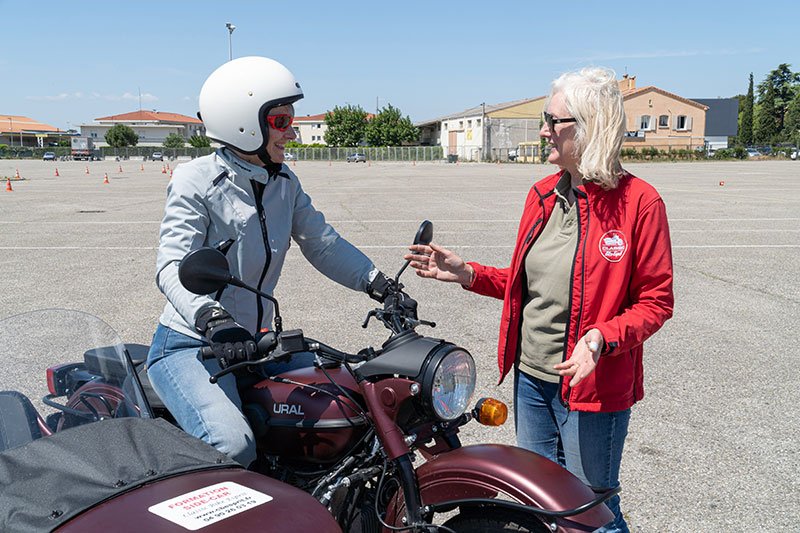 Even driving in a straight line is tricky. Now, being in France, all of Classic Bike Esprit’s Urals have the chair on the right. If you wanted to the ride one in the UK, it would be on the left. But with my chair on the right, the bike moves somewhat alarmingly to the right under acceleration, and veers sharply to the left if you only apply the front brake.

It doesn’t take long for me to realise that whenever you’re riding with a sidecar, you can never relax. On two wheels, on a clear road, there are times when you can. But if you're piloting a combination, you’ve never got that luxury.

Having mastered, in a manner of speaking, straight lines, we move on to turning. In truth, turning left is a relatively easy, as the centrifugal throws the weight on to the third wheel. Turning right is much more complex. The biggest mistake is to attempt to counter-steer, as many experienced motorcyclists have found out to their cost. Arrive at a right hand bend, apply a little pressure to the right handlebar and, before you know it, you’re in the ditch having veered across a lane of oncoming traffic. As I said, it’s not easy.

But, but by bit, I’m getting used to my new Siberian-reared stallion. We move on to figures of eight, and then figures of eight in reverse! We tackle the slalom course which, with a bit of practice, you can negotiate using just the throttle. Very strange at first, but ultimately rather rewarding. 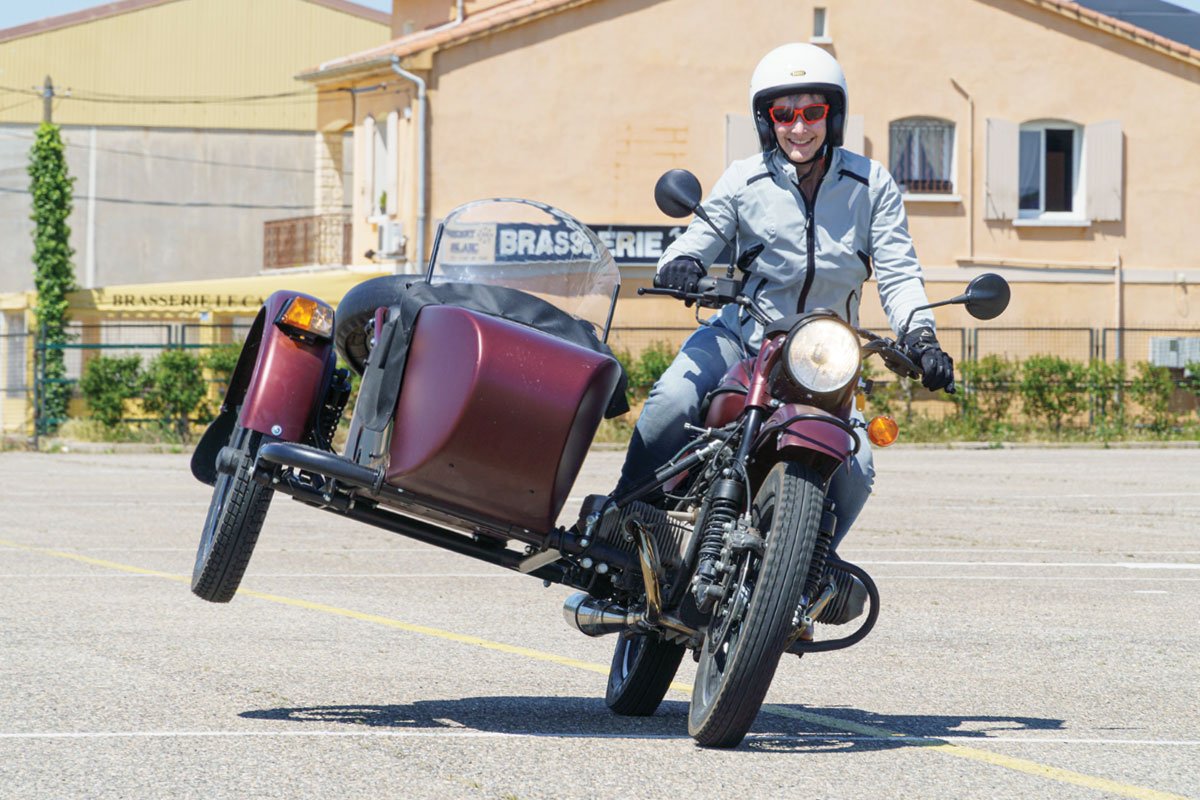 The highlight of the morning’s exercises, however, is the sidecar equivalent of a wheelie, and before long I find that I can lift the chair’s wheel and keep it balanced in the air as I ride along. It’s a lot of fun but, of course, the exercise has the huge benefit of preparing you for any unplanned occurrence on the road.

After lunch, we take to the hills. Initially, Sarah sits in the sidecar where she can use her experience, and weight, to keep me out of trouble. When she’s satisfied that I’ve mastered the basics, we set off in two separate outfits, Sarah in front, her eagle eyes always clear in her rear view mirrors, checking that I’m doing nothing silly.

After a run up the hill to Les-Baux that involves a number of frightening switchbacks, we head back to base. And then it happens! Convinced that I’ve mastered the art, I relax, enjoying the sunshine, and taking in the sweet smells of Provence on a sultry, spring evening. 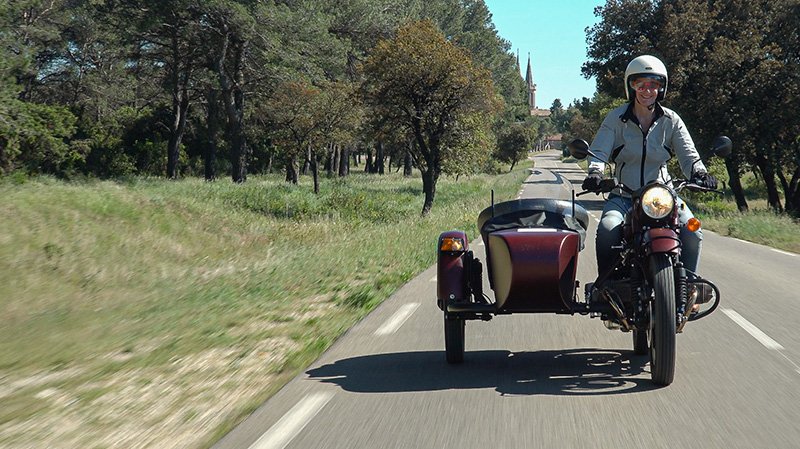 A momentary lapse of concentration, a nasty bump in the road, and I’m headed across the centre line into what could have been oncoming traffic. I’m lucky; the road is empty and inside a jiffy I’m back in my lane. But Sarah clocked it all, and later we talk about what happened and why.

It’s been a fun day. I’ve learned some valuable new skills and, frankly, I’m bushed. We had been contemplating the idea of a sidecar taxi for Motolegends so that we could ferry customers to and from the shop to Guildford station. But I’m no longer so sure. With Surrey’s notoriously potholed roads, I fear we might occasionally lose a customer. And that’s definitely not going to be good for our Trustpilot rating. So we’ll have to see.

But of one thing I’m sure. If you’re contemplating buying a sidecar, a day in the south of France with Sarah learning how to ride it might just prove to be the wisest investment of your time and money. What you learn could save your life. And, let’s face it, a day tooling around the hills in this gorgeous part of the world is never going to qualify as your most unpleasant motorcycling experience!