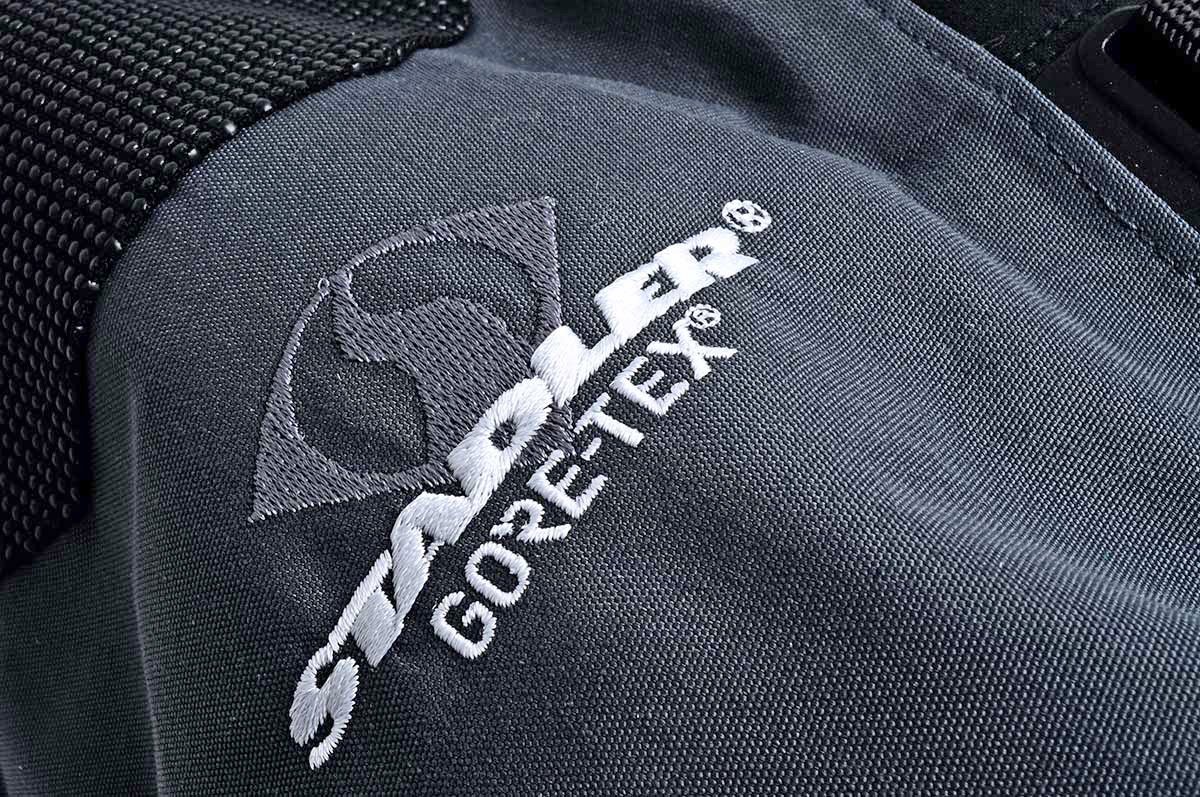 IS THIS THE WORLD'S SAFEST AND MOST PROTECTIVE TOURING AND COMMUTING SUIT?

The 4 All Pro is undoubtedly a great suit. Made from Goretex’s 3-layer Pro-Shell laminate, there’s nothing that’s more waterproof. And we would suggest that there’s not a proper road suit out there that is as well vented as the 4 All Pro. Certainly, there’s nothing in the Rukka firmament that comes close. You might find better venting in an off-road combination, but by and large these suits fall short when it comes to the abrasion resistance you need on tarmac’d surfaces.

In fact, it’s our contention that if safety is your top priority, the 4 All Pro is almost certainly the best suit money can buy. And obviously that’s what the German Police think, because every single regional force rides in its own version of the suit.

Remember, these guys don’t hang around, and if you’re barrelling down the Autobahn at a three figure speed, you want to know that you’re wearing the most protective gear the Bundesrepublik can afford. 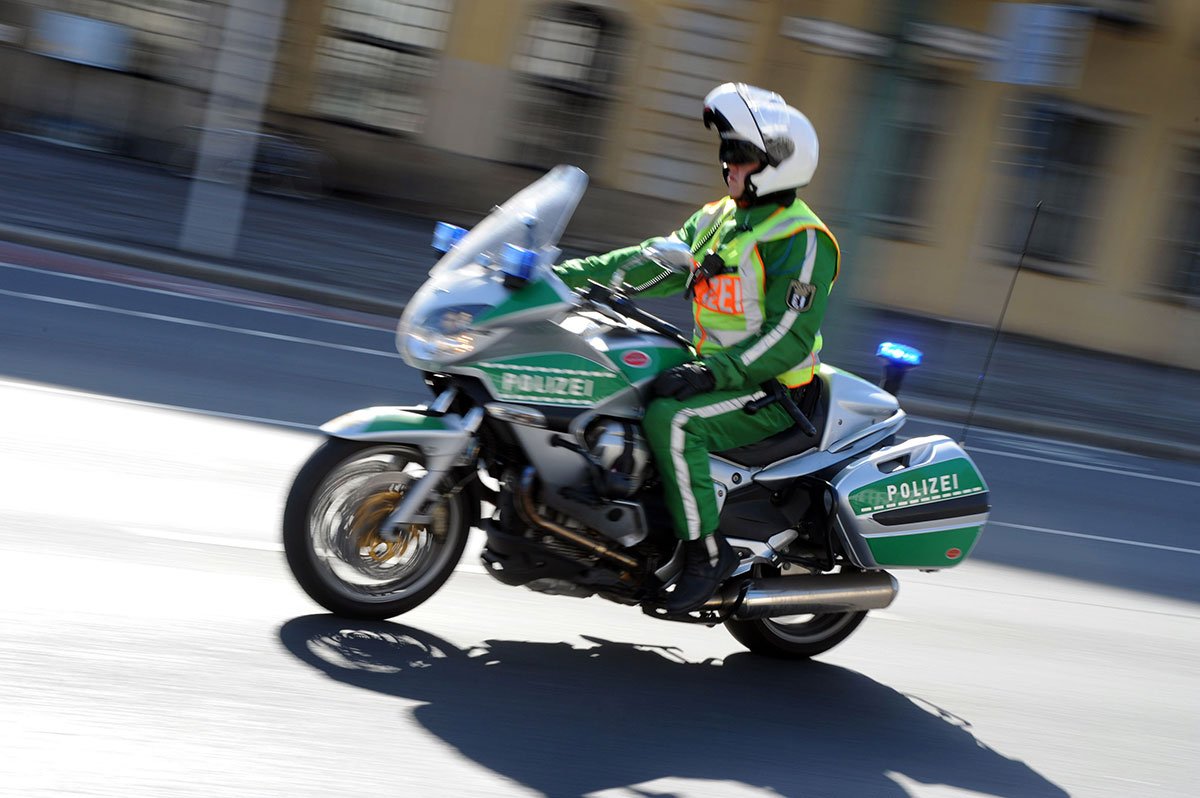 Stadler’s obsession with safety was brought home to us in a meeting with Mr Stadler when we told him that our customers would ideally prefer the softer kind of armour produced by people like D3O.

‘Keine Probleme’, he retorted, and indeed he immediately supplied us with softer armour for those who really demand it, but you need to explain to your customers, he told us, that my armour not only meets the highest Level 2 standard, it actually exceeds it by up to 60%. 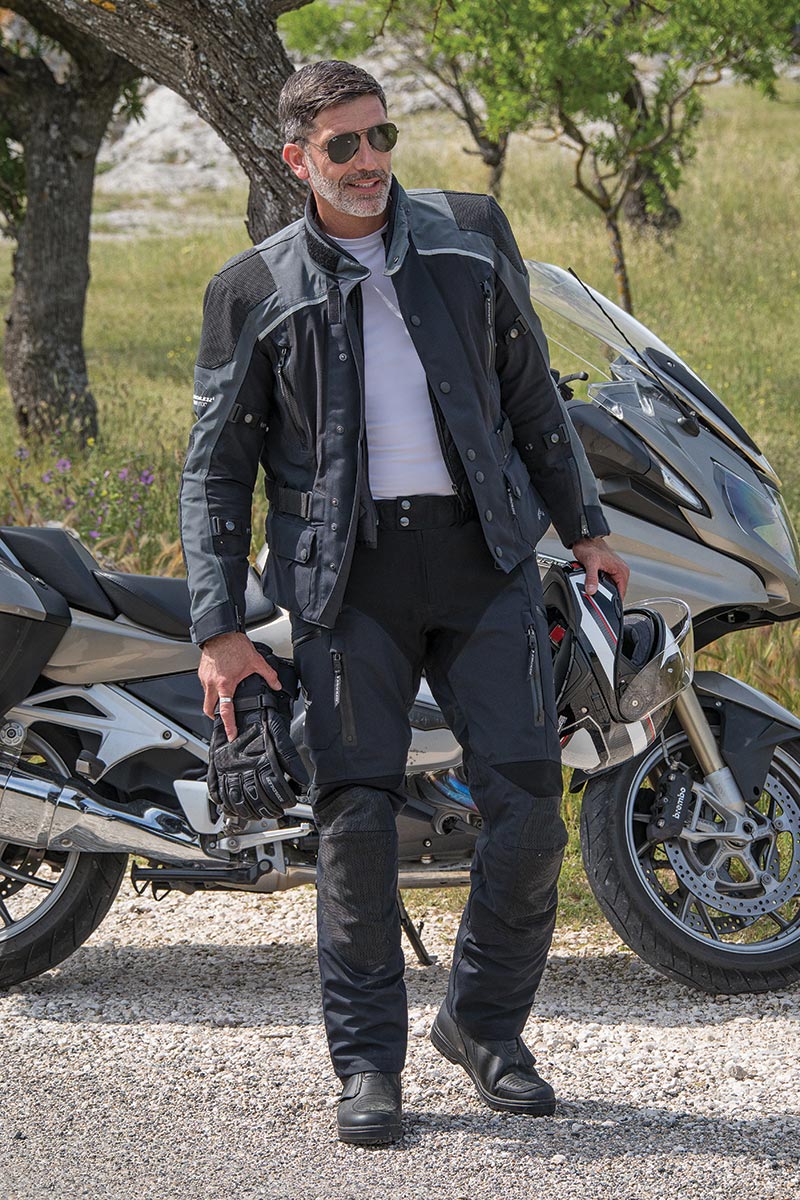 All Stadler’s armour is created specifically to fit its suits; nothing is off the shelf. It is all shaped and moulded to fit where the company wants it to sit. Nothing brings the point home better than the 4 All Pro’s back protector. It is huge, immensely thick and no featherweight. But it’s there to do a job, and that job does not involve a lot of walking or sitting in bars and cafés. If you’re ever going to come off the bike, this is the kind of armour you want protecting your back. 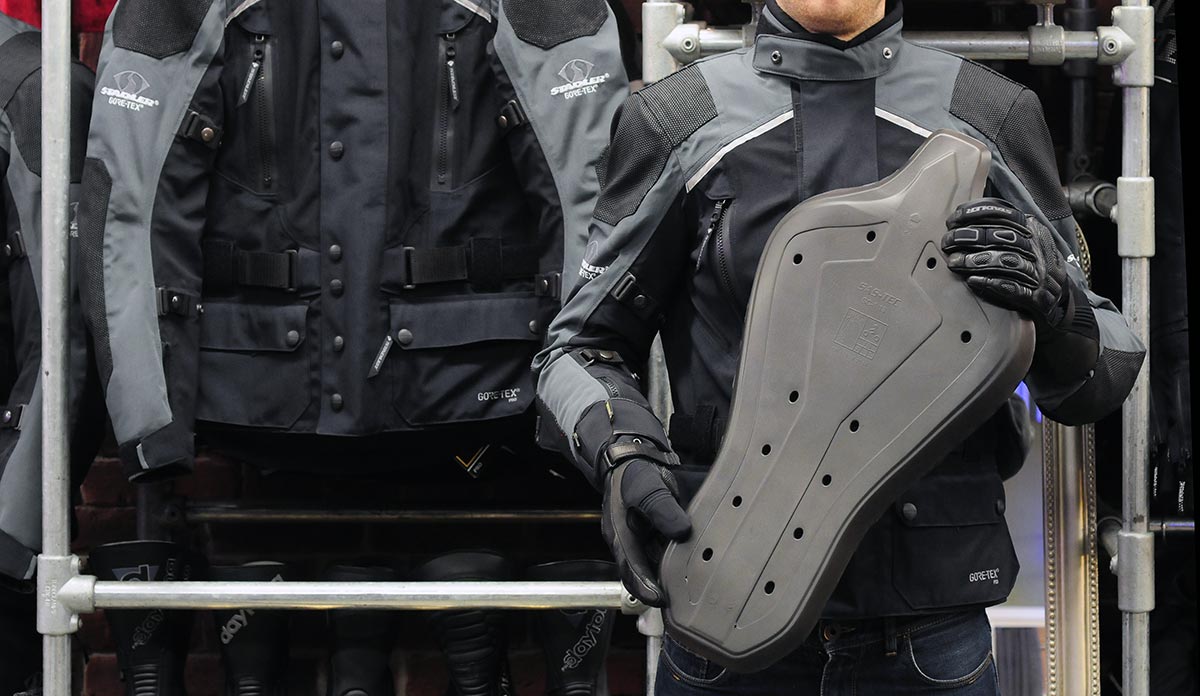 It is this same obsession with safety that means that Stadler uses full-fat Superfabric for abrasion resistance on the knees, elbows and shoulders of the suit.

Nobody doubts that Superfabric is the strongest, anti-abrasion material you can use on a suit. For years, Rukka had it on their Arma S jacket and pant, but the cost was too much, and so it was dropped. 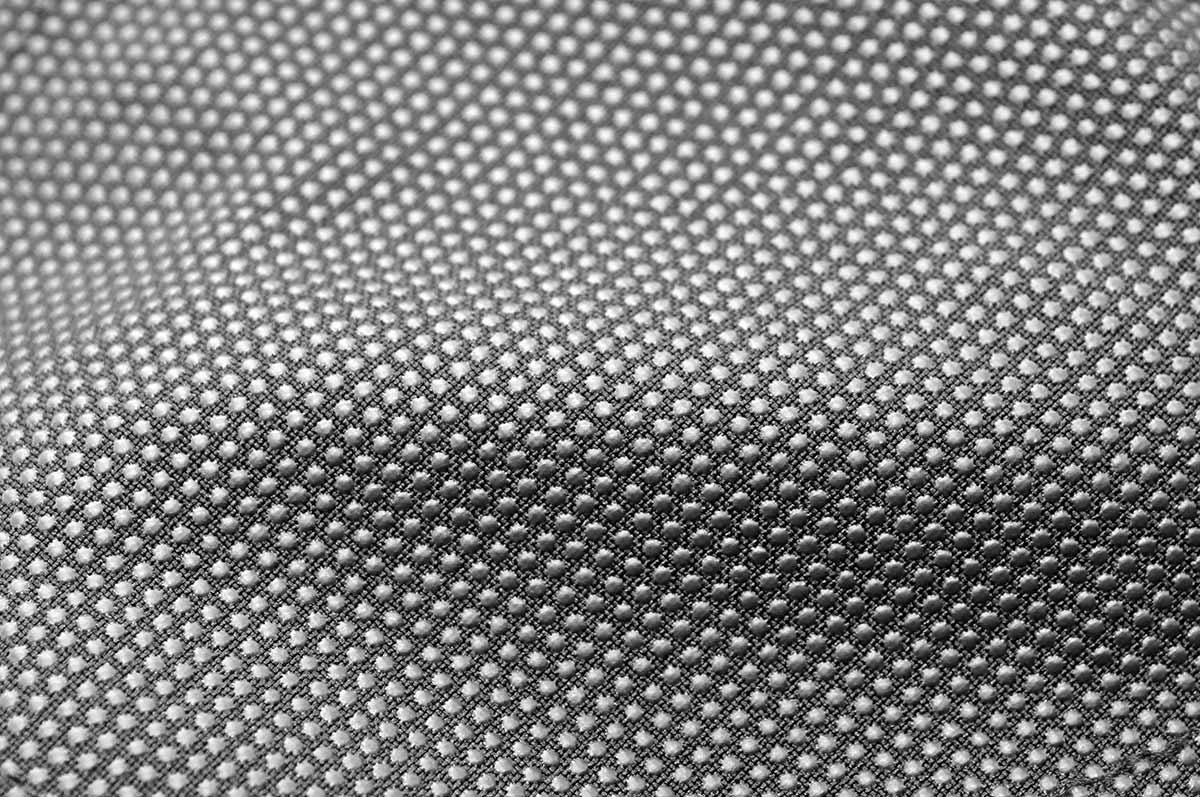 That’s not the Stadler way. The 4 All Pro is built to a standard, to provide unparalleled levels of protection. At the end of the day, the cost is the cost.

And the suit is not cheap. It’s not for everybody, therefore. It’s not the softest, most comfortable suit on the market either. The Rukka Nivala jacket, it has to be admitted, is somewhat nicer to wear, although we would venture to suggest that the Stadler’s pants are as nice to wear as anybody’s.

But if you’re choosing a suit largely on the basis of its ability to protect you, and keep you safe on the bike, we think the Stadler is in a league of its own. 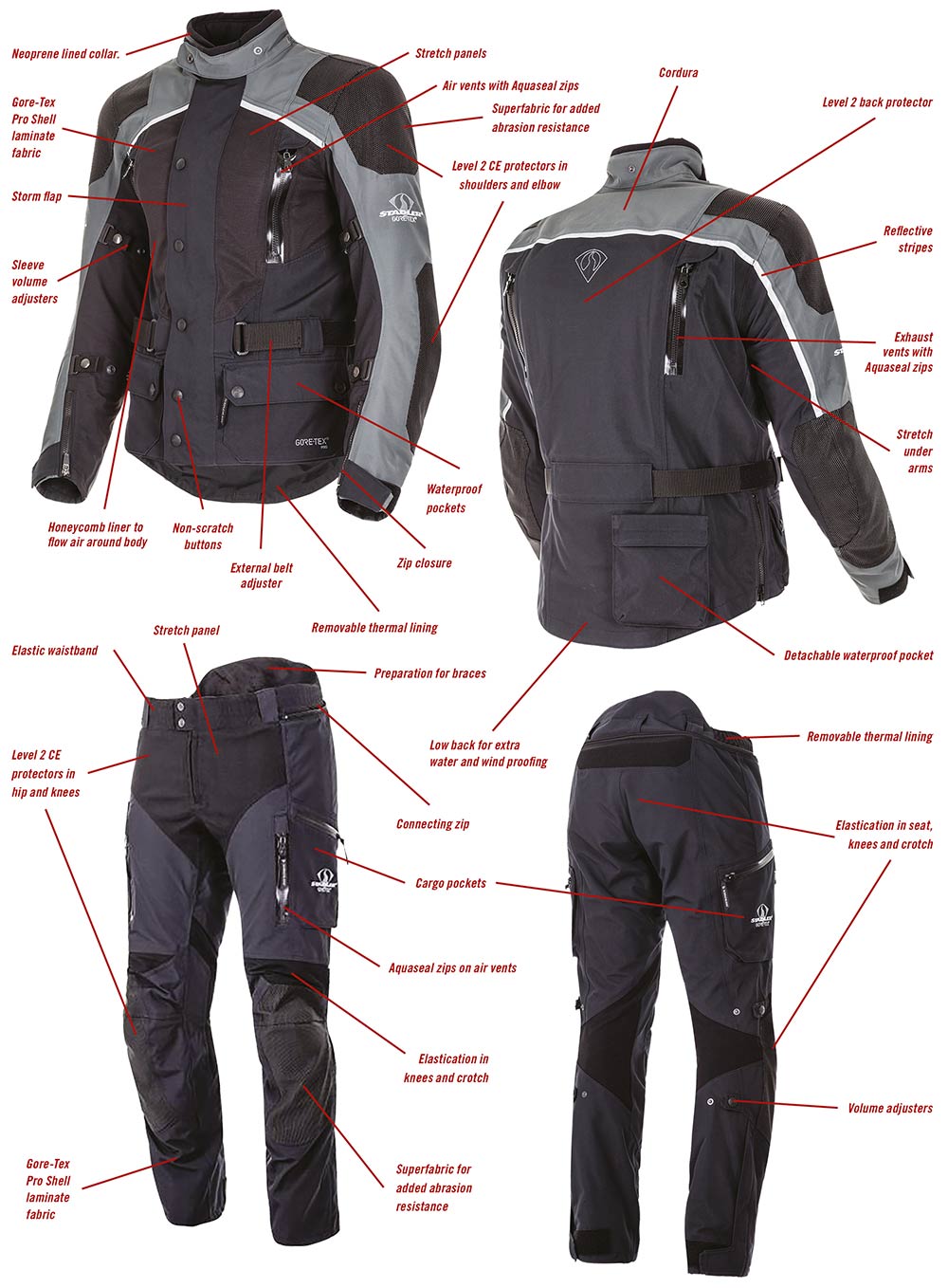 Out of interest, in Germany, the Stadler is just about the same price as its only real competitor, the Rukka Nivala. But because we buy the suit direct from Stadler, and not via a UK distributor, the suit is quite a bit cheaper than the Nivala over here.

The final point we would make on the price is that whilst you’ll never find a Stadler suit discounted, the factory is working with us to provide 36 months interest-free finance, meaning that you can buy a suit for less than £10 a week. And when the finance is paid off, you’ll still have seven years of warranty remaining! In all reality, you don’t have to be a chess Grand Master to work it all out.