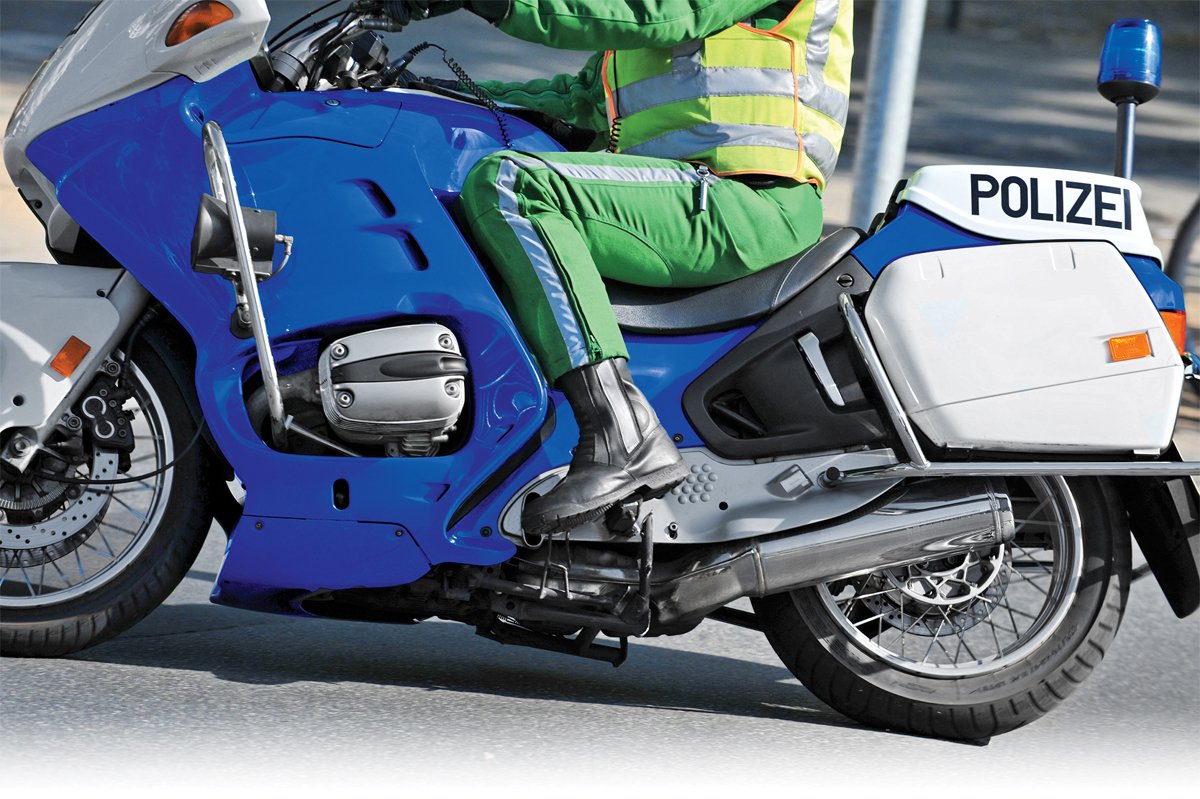 We spend a lot of time in the shop here in Guildford discussing with our customers exactly what length their trousers should be.

It's an issue that comes up, of course, because when you climb aboard your bike, your trouser leg will raise an inch or two to accomodate the bend in your knee.

We have often cited to customers the observation that if the length looks right on the street, it might be short on the bike. And vice-versa.

But in recent months we've consulted widely with riding groups, professional riders, the Police and clothing manufacturers, in an attempt to solve this frustrating issue.

And these are our conclusions.

When you wear proper technical motorcycle trousers, the expectation is that you should be wearing a proper, tallish boot. After all, the experts say, why wear an all-singing, all-dancing textile suit over a pair of casual short boots? Of course, you can choose to do this, but it's not really the done thing, and if you do decide to wear a short boot you should expect to have a problem when it comes to the length of your trouser leg.

But if you wear a long boot, as you should, the leg raise issue kind of goes away.

Policemen, for example, expect to spend as much time off the bike as they do on it. They can't walk around and give you a ticket with their pants dragging the floor, so they wear their trousers to be right for the street. Obviously on the bike this means the trouser looks a little short, but as they always wear long boots this is never an issue: As long as there are a couple of inches between the bottom of the trouser and the top of the boot, they're not worried. There's no real rain ingress issue, and the aesthetics are not of interest.

So, if you're wearing proper motorcycle pants, wear tall boots, and wear your trousers to a street length.

In truth, the whole subject of trouser length has only become a big deal in recent years with the increasing popularity of riding jeans worn with short boots. 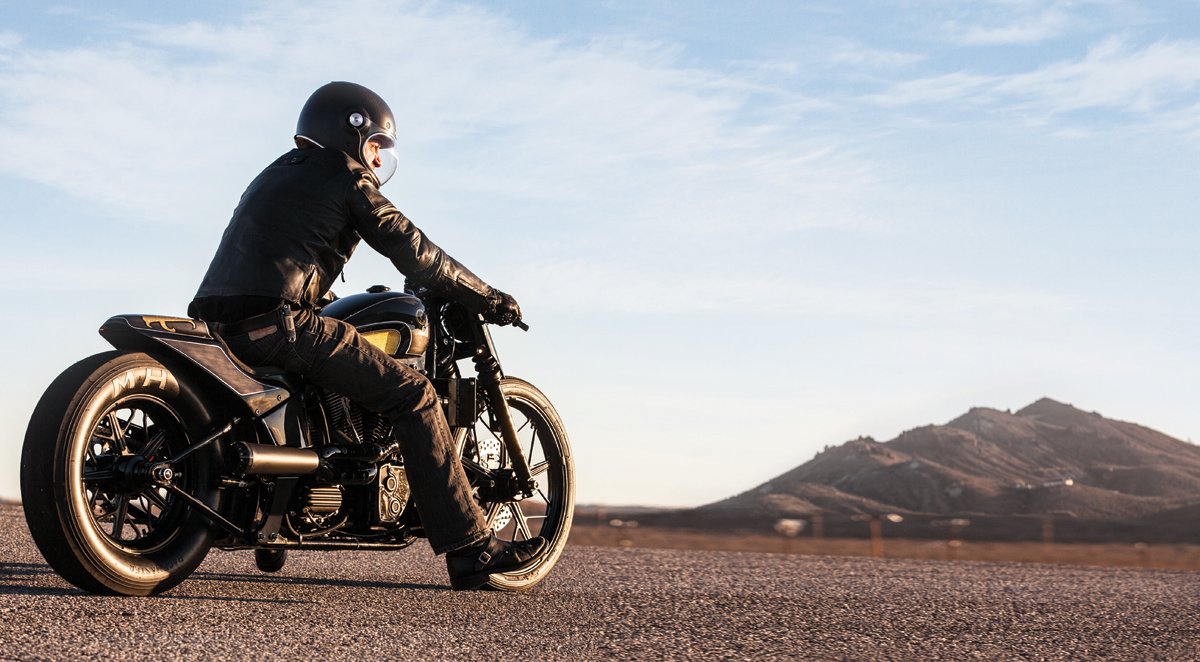 For riding jeans to sit right when you're riding, they will be too long when you're standing.

Now, in such a scenario there's no correct or incorrect. There's only personal preferences, but it's a situation that's made more noticeable because many of us wear jeans in our non-biking life, and we want to look the same when we're biking as we do when we're not.

But you simply have to accept that if you wear your bike jeans to the same length as you would do your street Levis then, when you get on the bike, they're going to be quarter way up your calf. And if you're wearing a trainer or short leather boot, there may well be a gap of an inch or two between the ankle of the boot and the hem of the jean.

Ultimately, it's not the end of the world. Yes, there's part of the leg that's going to be exposed, but when you get on a bike you take a risk. Having a short trouser doesn't really increase the overall risk profile greatly.

But if you're concerned, the answer is simple. Wear a longer boot. Or wear a trouser that looks a little long on the street; it's not a crime. In fact, these days when many kids wear pants below their arses, it's not even a fashion crime!

Where this whole trouser subject does become more of a debate is when the trouser of choice is Rokker's amazing waterproof Revolution jeans.

It's the same issue. Many people want to wear them with a short boot, the problem is as previously described. If you want them to look dead right on the street, they will be short on the bike, and may finish above the boot. As we've said, not a crime; but with the Revolutions it would be a shame as it's a waste of the world's most waterproof trouser if there's a huge gap above the boots for the rain to run into them. But there's no magic solution. You can wear a long boot, of course. But if you don't want to, you might have to wear them long on the street so that they will still go over the top of the boot to prevent water ingress.

Third option is to sometimes get wet feet. There are worse things happen at sea. 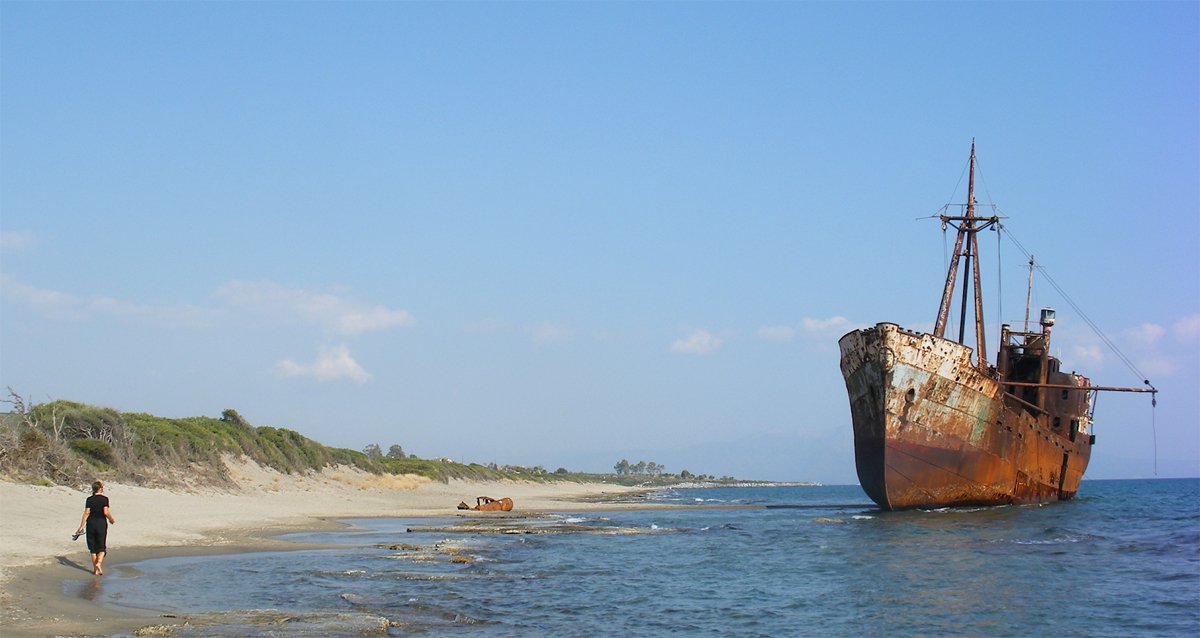 Worse things... like being on a sinking ship.
Want some more? Please click here to return to our editorial menu.