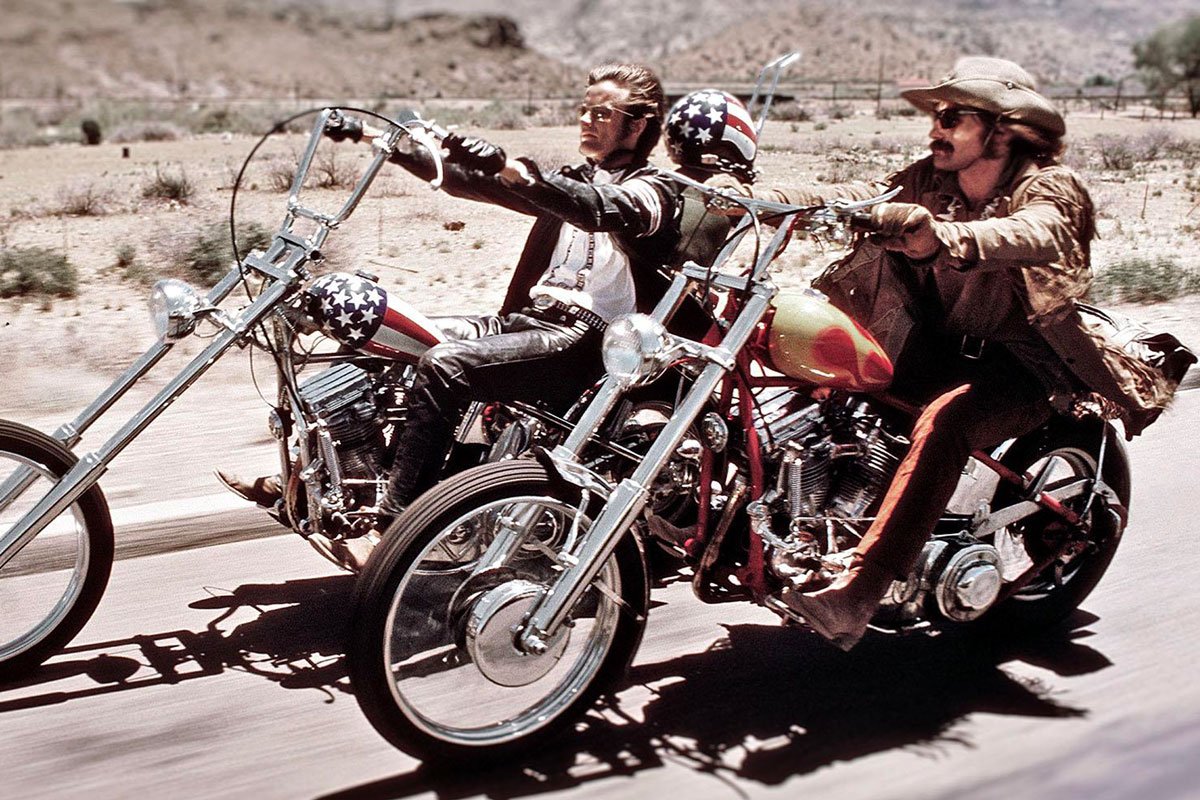 When I was at college, I played squash to a reasonable level; and we used to travel all over the country playing in tournaments, and against other universities.

There were two outstanding players on that circuit, both of whom played at international level. One was immaculately turned out. He always wore the heavily logo'd tracksuit top that was supplied by his sponsors. His gear was always immaculately pressed, and under his arm he always had half a dozen rackets in Dunlop covers. The other guy, who was his equal on court, looked as though he had picked up his clothing in the lost property department. It never matched; and his signature piece was a jumper that the two sizes too big for him, with sleeves about six inches too long.

Both players were respected and admired for their prowess, but deep down we always thought the first guy was a bit prissy and somewhat of a show off. But everybody wanted to be the other guy, and to be his mate.

It's kind of the same when you ride a bike. The art, I think, is not to try too hard. In fact, it's quite the opposite. Your need to look as though you don't give a damn. It's a look that says, 'this was what was close at hand, when I decided to go out for a ride'.

Of course, nobody understood this better than our very own Steve McQueen. 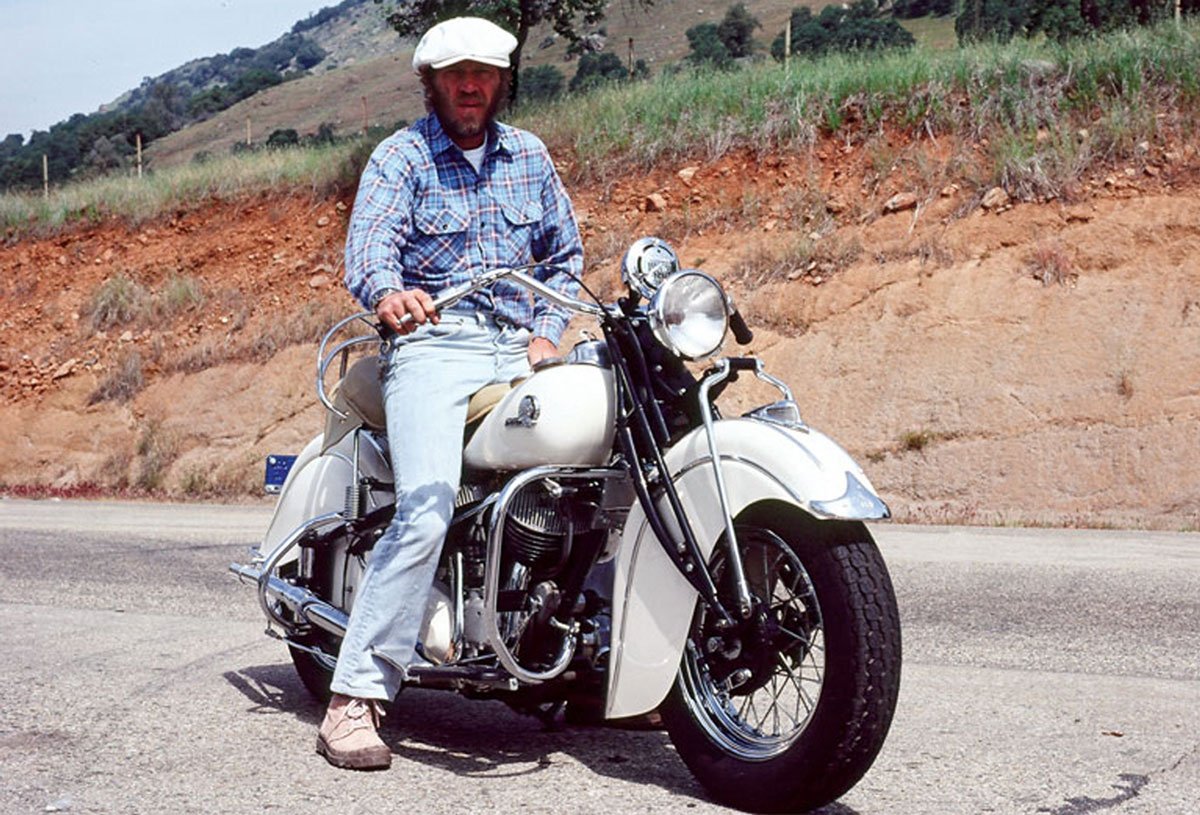 He was Hollywood's highest paid actor. He could have put on the style and worn the best that Rodeo Drive had to offer, but instead he'd often pick up end-of-lines at JC Penny. I don't suggest he didn't care how he looked. Of course, he did. But what he did understand was how to make it look as though he didn't! That was what made him the King of Cool.

Most of us will find it difficult to cut such a figure, and to make such an impression, but here we offer a few hints about looking cool on the bike.

There are a few things you need to avoid, and one of them, obviously, is not to look too co-ordinated. Nobody wants to look like the guy from the Freemans catalogue.

And whatever kind of deal they offer you, manufacturer branded gear makes you look as though you're a bit of a sucker. Especially when it's model specific. A Scrambler is a cool bike; but the T-shirt, helmet and jacket that tell everyone you own a Scrambler; not so much. You're sat on the bike; everybody knows what it is. Why do you need a matching helmet? It's not cool, in anybody's book. 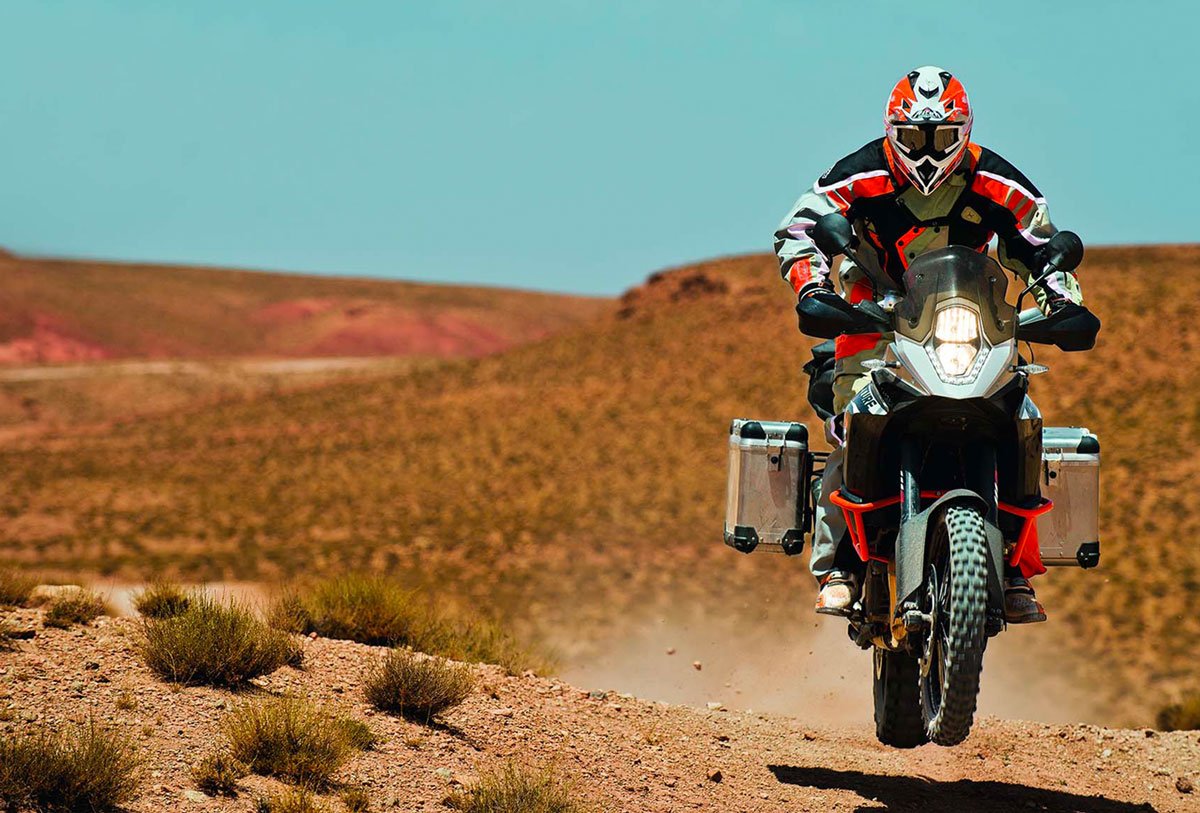 Rarely, in our view, do the manufacturers make great gear either. There are exceptions, and some brands do offer good quality merchandise, but their core skill set is designing and building bikes, not in creating high quality jackets, jeans or boots, But this, I suppose, is different point, not central to my treatise.

What I'm going to say next is going to upset some people, but it's got to be said. Right now, there's little that's less cool than racing leathers. One piece suits, knee sliders, speed humps, rider names and numbers, plastic boots, and gloves that match your helmet. None of these are cool. On a track, no problem. But on the street? I'm afraid not. Sorry.

We see a lot of people here in the shop in Guildford, agonising over whether the shade of leather on the gloves matches that of their jackets or boots. People asking what colour of helmet they should wear with blue jeans or a red bike. The rule is simple. It really doesn't matter. A brown leather jacket with black gloves? Fine. Light tan boots with a green helmet? Fine. Black jeans or blue? Honestly, who gives a hoot? Buy the gear you like, the best you can afford. And then just wear it.

So that's what doesn't look cool. The question, therefore, is what does look cool? 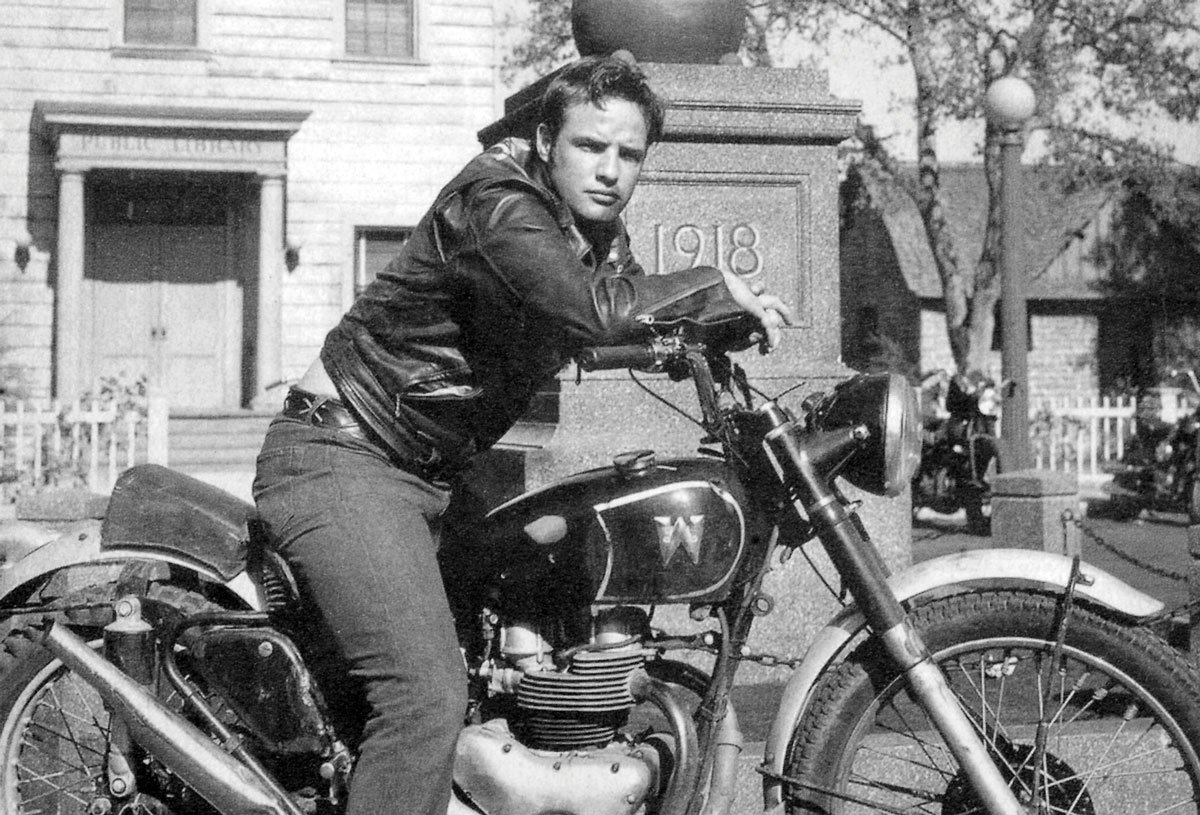 A leather jacket is cool. Rarely is a textile jacket. A textile jacket is often more comfortable to wear. It's almost certainly nicer when it's raining, when it's cold or when it's hot. But you have to suffer for your art. So you can throw practicality out of the window. It's like a law of some kind that every biker has to have a leather jacket. What kind of leather jacket is up to you. Black is safe. A shade of brown tells everyone you're an individual. Blue, green, red or yellow tell the world that you're out there. Just one word of sage advice; steer clear of tassels. Even on a Harley.

Trousers or jeans in leather can look terrific, but be aware that not everybody can pull off that whole glam rock thing. Safer, in our view, to go with a pair of denim jeans.

The problem is that some denim jeans are cooler than others. Jeans with heavy padding, jeans with a totally bleached-out look, jeans with panelling, fancy stitching and dart lines, baggy jeans with external pockets. These are no longer cool, although they might have been when you first bought a pair many years ago.

A cool biking jean is a jean that doesn't look like a biking jean at all, but rather like a jean that you bought on the High Street, a jean that looks like a 501. You can't beat Resurgence's Skinny Cafe Racer for this level of understatement, unless of course it's Rokker's single layer Rokkertech jeans. They're cool on the bike and cool on the street, and they're more comfortable to wear than any protective bike jean you've ever worn.

When it comes to footwear, by and large tall boots are not particularly cool. Daytona makes what are almost certainly the best boots in the world, but they''really horribly dull; nerdy even. There are cool taller boots, but you're safer with a short boot. And again the less the boots look like a biking boot the better, in our eyes.

The same rule goes for gloves. It's normally going to be a short glove. If it's got knuckle protection, it should probably be quite subtle. Carbon isn't cool. Nor is too much titanium. There are going to be times when you need a thick and heavy winter glove, and if that's what you need, then fine. Looking fly on the bike is one thing, but staying comfortable and well protected is still the number one priority. 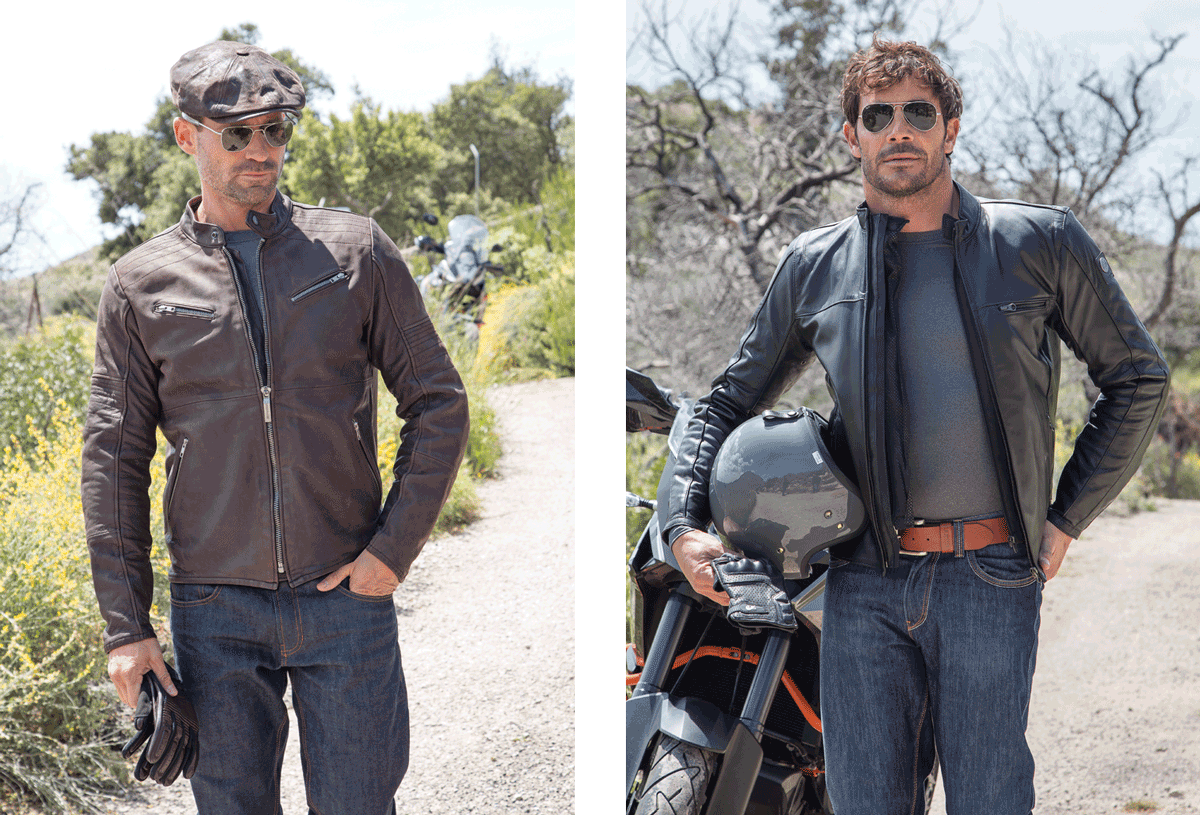 Which finally, and most controversially, bring us to helmets. Again there's no golden rule. Most open-faces are cool. Wear an open-face helmet with goggles or a pair of sunglasses, and you're on the button.

But not everybody is happy wearing an open-face helmet, so for some a full-face it has to be. Obviously, we don't want heavy graphics, names, numbers, aerofoils, spoilers and so on. The plainer and simpler the better.

Of course, there are helmets out there that are accepted as 'cool', but we're not altogether convinced that these helmets are quite as cool as they think they are. In our view, these helmets sometimes try too hard; and that's just not on! Most of the time, looking cool on the bike is, ironically, more about looking cool off the bike. And when you're not on the bike, the helmet is not really a major part of your ensemble.

For us, a helmet is all about comfort and safety. It's the most important bit of kit you'll buy and wear. Most importantly it needs to work, fit properly, and stay in place. It can even be a flip-lid. It really is up to you.

In closing, there is just one thing that is a complete 'no-no' if you have any pretence to be considered even a little bit cool. And that's never wear a hi-viz vest emblazoned with POLITE NOTICE. That's one sure-fire way to guarantee that nobody wants you in their team! 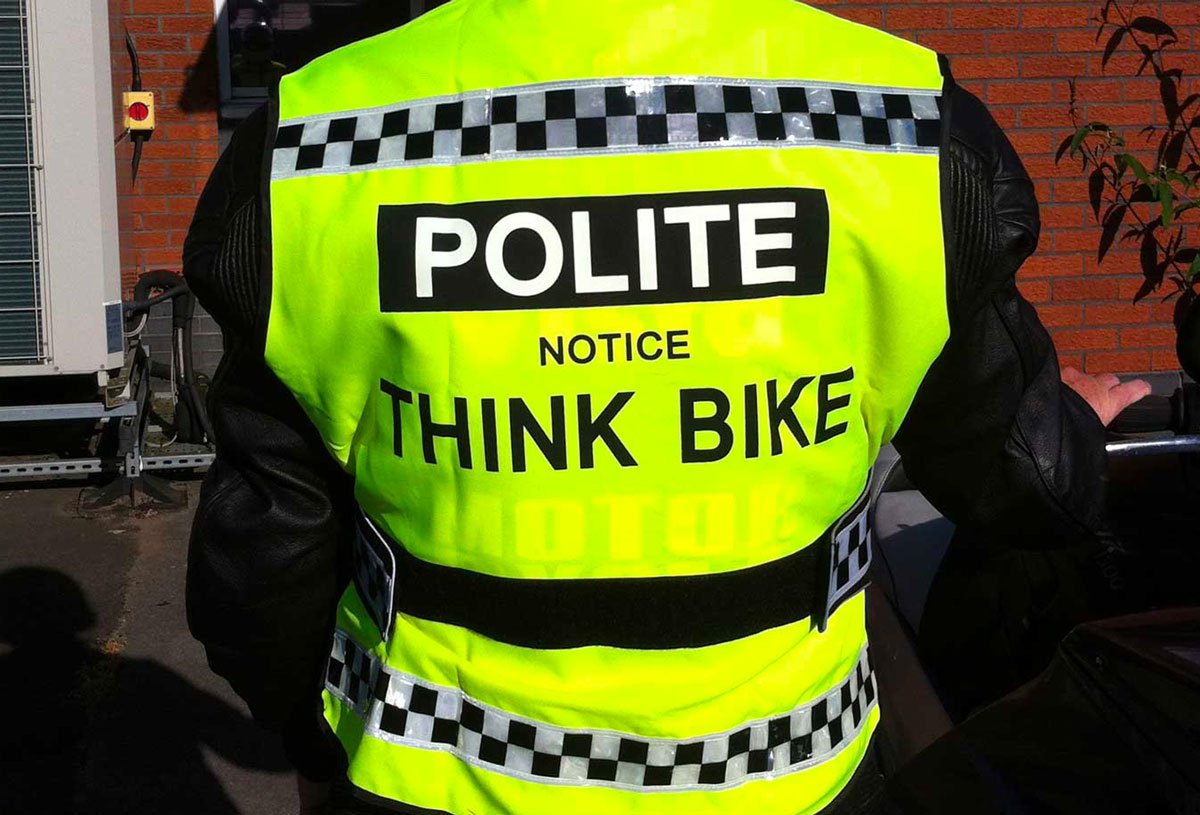