It is for us a great honour to be working in collaboration with a name as famous as Tricker’s. This is the fourth time we have worked with the Northampton-based company on a ‘motorcycle’ boot. For Christmas every year we design a special, limited-edition boot. The numbers are always tiny; and the boots always sell out pretty swiftly.

But for those of you who are not shoe ‘dogs’ here’s a bit of a history lesson as far as the Tricker’s company is concerned. The business was founded by Joseph Tricker in 1829. He established the company as the bootmaker of choice for farm estate owners and the landed gentry. Today, all their boots, including the bespoke boots made for Prince Charles, are made in the same factory that the company has occupied since 1904. Few would challenge the assertion that Tricker’s is the world’s most famous maker of gentlemen’s boots.

Now, in the past, all of the boots we have worked on with Tricker’s have been traditional, seven-eyelet Derbies, but this year we have pushed the boat out a little. We have created a boot that is part Derby and part Chelsea boot.

As ever, this is not an outright motorcycle boot. It is not CE approved, although it is tougher, stronger and sturdier than many of the boots we sell that supposedly are proper biking boots. These boots feature counters in the toe and heel areas, and of course there’s a gear change pad across the toe. The boots also have a reinforcing shank in the sole to prevent the boot from twisting in an accident. But, self evidently, there’s no protection in the ankles, because that’s where the elasticated, stretch panels reside.

The leather used in our lace-up Chelsea boot is rugged Scotch Grain leather. Now this is perhaps the most waterproof of all leathers, but no Chelsea boot is going to be totally waterproof because water will be able to pass through the elasticated side panels. The sole, by the way, is Goodyear welted, and the boots are equipped a half-bellows tongue.

On the brown version, there's a rugged Commando sole; on the black boot, you get a more classic Dainite sole.

Now our boot, obviously, is somewhat of a hybrid. And we went down this route because we wanted a boot that offered the security and adjustability of a lace-up boot, but with the ease of ingress and egress that is a characteristic of a Chelsea boot. You can tighten or loosen the laces to adjust the fit to your foot, but although we cannot guarantee that it will work for everybody, some people will find that they can wear the boot like a slip-on. The top three eyelets, by the way, are equipped with speed hooks for faster lacing.

What we’re going to conclude with is pretty much what we say every year about our Tricker’s collaboration. By dint of the tiny numbers we are producing, these boots are very special. They are hand made in Northampton in the time-honoured way that this most traditional of bootmakers employs with all its boots. It is a gentleman’s boot designed for gentlemen who like to ride motorcycles. It is not a biking boot, per se. But look after your boots, send them back to the factory every ten years or so for refurbishment, and there’s a good chance that you’ll be able to pass them on to the next generation when, hopefully many years from now, you do eventually shift your mortal coil!

If you would like to order a pair, do so with some alacrity for, in some of the outlying sizes, we have only made a single pair, and in a number of others, just two. Obviously, if you want to learn a little more about the boots, you can watch our video, where Chris walks us through the boots in a little more detail. 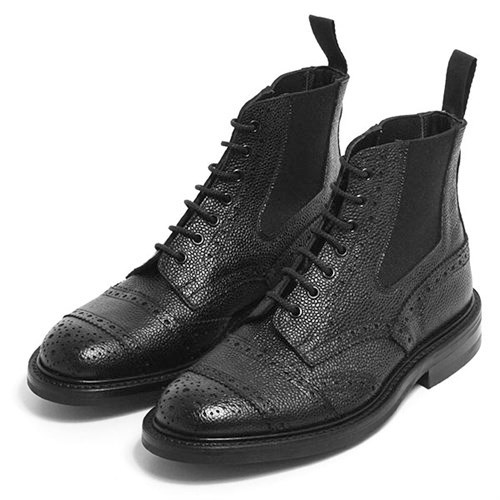 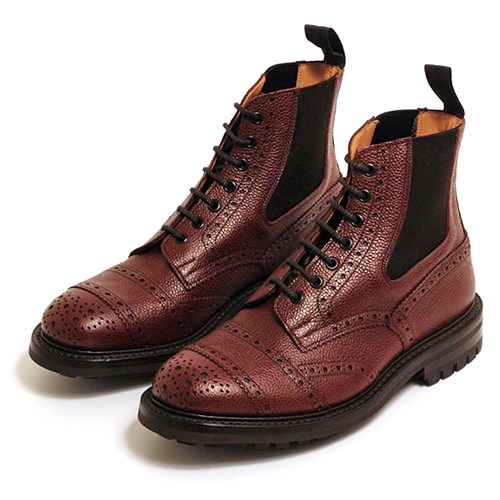