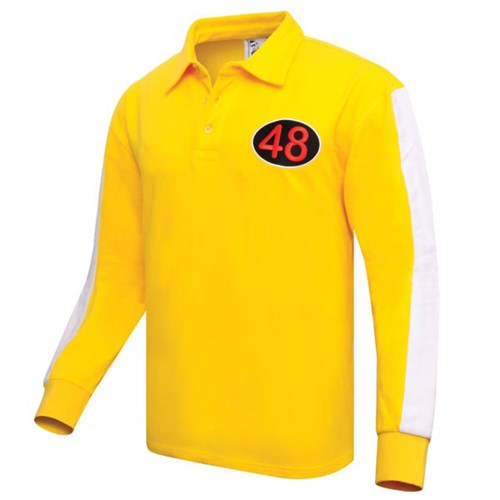 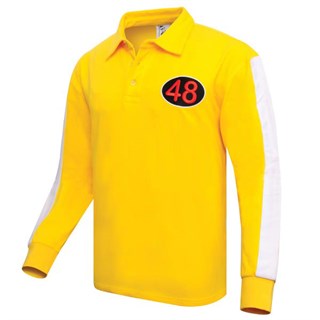 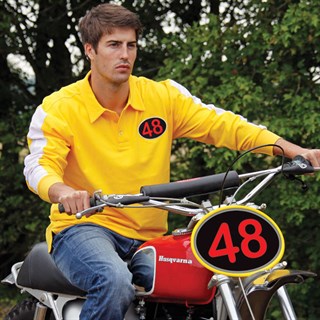 If you have watched, the seminal bike movie, On Any Sunday you will recognise the famous yellow T-shirt. The film is a compilation of the short films of various disciplines of bikers who spend their Sundays racing about on two wheels. The Famous yellow T-shirt is seen in the Elsinore Grand Prix, and in another short film it is featured flying around the International Course at Indian Dunes in Valencia, California, very cool stuff indeed.

Now, in those days, things like body armour were unheard of; these guys wore helmets, boots and perhaps a pair of gloves for safety, but on their top halves even the very best racers wore little more than a T-shirt. Well, this long sleeved polo is a copy of the one seen in the opening race scenes of On Any Sunday. It was a simple top: yellow with a white stripe down the arm. We've added the number 48 on to the left chest as we felt that this made the top just a little less plain.

On Any Sunday polo. Please note: available sizes for this item are shown on the product page.