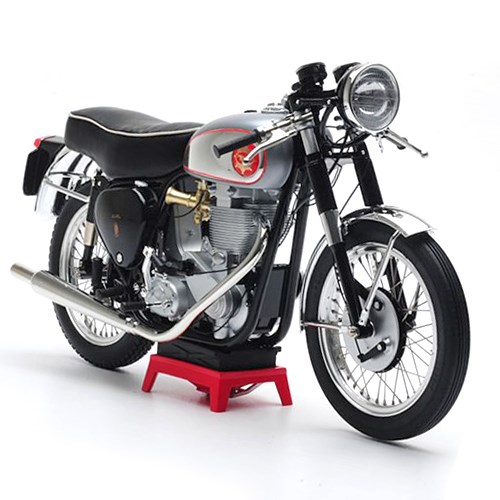 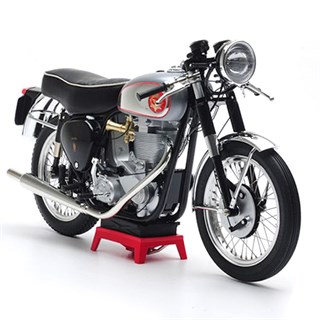 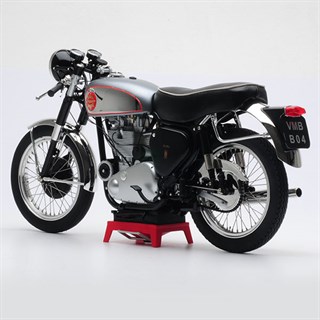 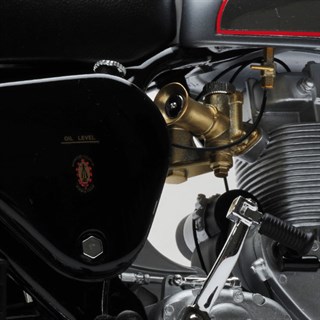 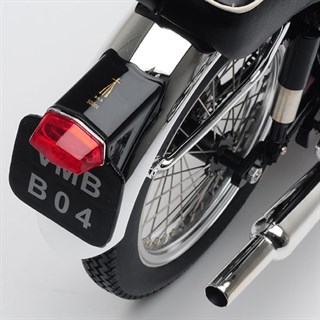 The Gold Star originally got its name from Wal Handley’s 100 mph lap of the Brooklands circuit in 1937, for which he was awarded the traditional Gold Star prize. It served as an inspiration for the company, who first applied the Gold Star badge to an M24 model. It was a model that stayed in production right up to the war.

Frankly, we expect to be far and away the largest seller of the bike. We would anticipate getting through the 300 pieces by Christmas, but if a Japanese or American buyer were to step in, we could well find that the bikes disappear sooner than we expect. Measures 33cm in length.