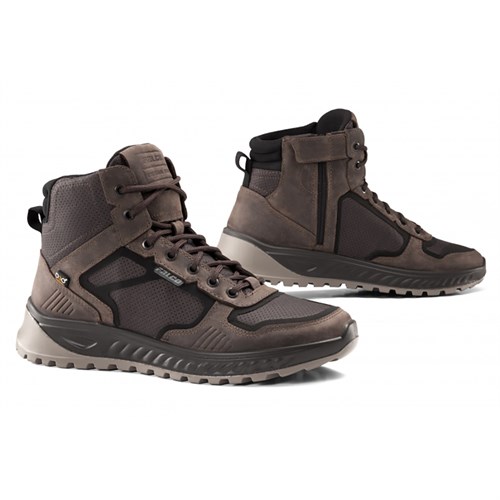 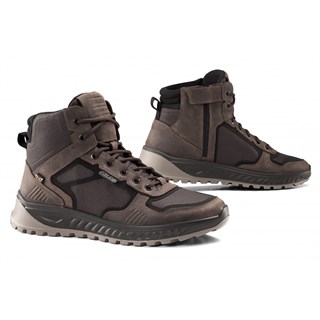 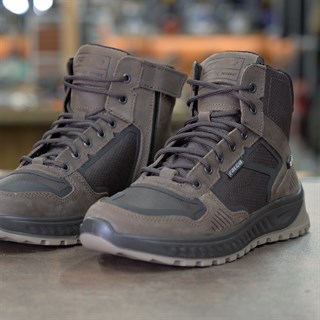 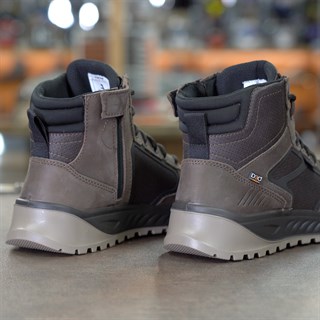 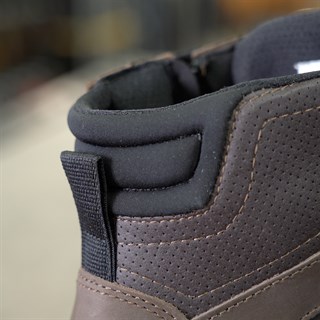 The motorcycle world is not short of what one might call casual riding boots, but we particularly like these ones from Falco; and that’s because they don’t look like motorcycle boots at all. But the Falco Ace boot is not just a pretty face; it ticks all the boxes. The upper is made entirely from leather. In some areas the leather panels are perforated for better breathability  in warmer weather. There’s a small extra nib of leather that is meant to serve as a gearchange pad. The boot has a High-Tex waterproof membrane, although of course a short boot is never going to be as waterproof as a taller one. The Aces fasten by means of traditional laces, although you also get a zip up the inside of the boot. This zip makes getting in and out of the boot a lot easier, but as the opening is restricted by the membrane it’s unlikely that you will ever be able to get away with not using the laces. In terms of protection, you get hard counters in the toe and heel areas. The ankles are protected by soft, D3O pucks. At the back of the heel, a band of Neoprene will serve to make the boots particularly easy both to ride in, and to walk around in. The sole is a dual-compound affair. It is hard wearing and oil resistant. There’s no heel on the boot which makes it easier to move the foot up and down the pegs. Interestingly, there’s a bit of a lift in the heel that will provide a bit of assistance to those who find themselves a little challenged by the height of their bike. And at £164.99, we reckon they are bang on the money.
Read more

I bought these boots as an alternative to urban high tops for casual country riding where the added grip in the sole is better suited for light trail walking. The boots have better breathing than typical urban high tops so great for hot weather. The aesthetics and design is spot on for a casual walking style boot. Better than any Timberland style boot that Ive owned. The extra leather for the gear change is inside so you cannot tell that these are motorcyle boots. And unlike typical street boots, the side zips make it easy to take the boots onoff. The boots are extremely comfortable and require no time to wear in. For their intended use I cannot fault these boots.

stephen: Very Comfortable from the start

Very comfy from day 1, I use these for most rides apart from total rain if its before i start out! They are better than my other short boots Base ball style TCX as more versatile off the bike and you can walk a lot further, I think the insole and grip is better than the baseball type. They have been watertight too when caught out. Sizeing for me 47 is also correct.