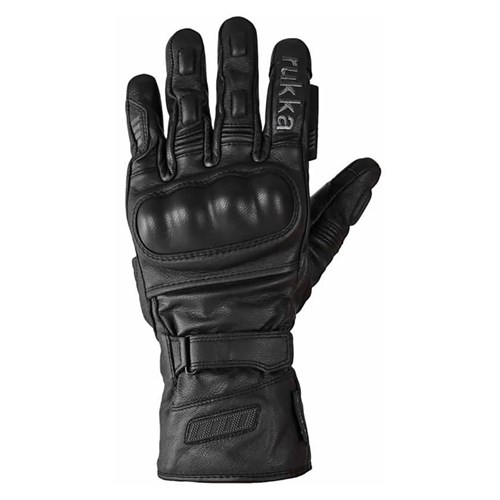 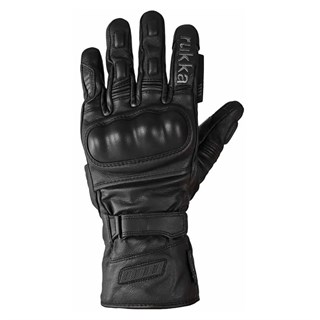 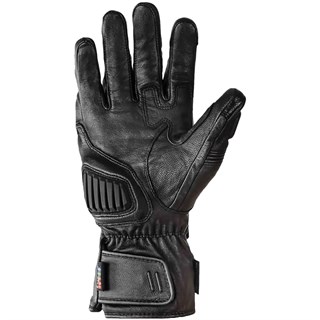 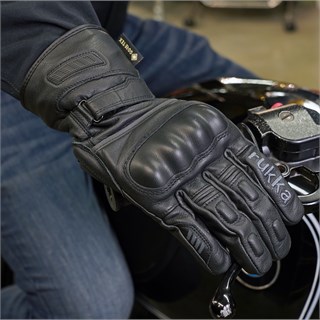 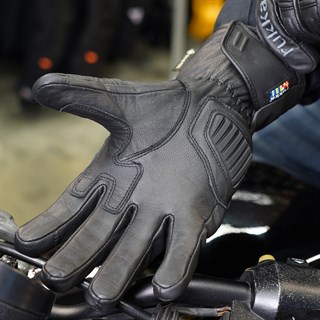 The new-for-2022 Rukka Apollo 2 glove is like the old Rukka Apollo; but is newer! By which we mean that it is pretty much the same glove, albeit updated in terms of its detailing.

In concept, it’s a summer-waterproof glove. It’s got a waterproof membrane, but has no thermal component so it’s the kind of glove that you might wear from, say, late March to the end of October. It’s not going to be warm enough for the coldest months. The membrane might also get a little sweaty on the warmest summer days.

The membrane comes courtesy of Gore-Tex, but importantly this is a Gore grip glove which means that the membrane is laminated both to the inside of the leather but also to the lining. This makes the glove extremely waterproof. Although the leather might absorb some of the rain, the glove will not wet out. Gore grip also makes it much harder to pull the lining out.

The other benefit of Gore grip is that it delivers great feel on the bars. The downside is that a Gore grip can make for a slightly less comfortable glove. As with laminated jackets and pants, laminated gloves are less easy to wear than drop-liner ones. And the truth is that, initially at least, these gloves are not going to be the most comfortable you will have ever worn. One might even say that they are a bit stiff.  But this is the price you have to pay for a glove that is both this protective and this waterproof.

The glove is made entirely of goat’s leather. You get a hard knuckle protector that is foam backed. The glove also has an open back, a feature that is designed to make the glove more giving when you wrap your fingers around the grips. On two of the fingers and on the thumb you get concertina stretch panels, again with comfort in mind.

There are extra panels of leather on the palm; you also get a sturdy, rubber slider at the base of the palm. The glove has a medium-length cuff that is secured by means of Velcro straps at both the wrist and the cuff itself. The index fingers and thumbs are touchscreen sensitive. You also get a visor wiper on the left hand. There are small pads on the minor knuckles. And there’s some reflective detailing on the little finger.

In many ways the Apollo 2 is a direct competitor of Rukka’s own Virium glove, but whereas the Apollo is all leather, the Virium is actually a vegan glove. The Apollo will not be quite as water repellant as the Virium, perhaps, but it will appeal to those who prefer always to wear leather. And we understand this. Leather is very abrasion resistant, but leather will also mould to the riders’ hands over time. Ultimately, the Apollo is going to be a very comfortable glove; it might just take some time to get there.

Rukka’s gloves are never inexpensive. The Virium 2 is £169.99; the Apollo 2 is £199.99, and this £30 premium for leather does not seem unreasonable. Nearly £200 is a lot of money for any glove, but for a glove of this quality, made with only the best components, it doesn’t seem totally out of court. It’s a heck of a glove.

Comfortable and they withstand the worst Scottish rain without any issues. The only negative is that the leather outer takes a long time to dry once well wetted, but thats only to be expected with a leather glove!