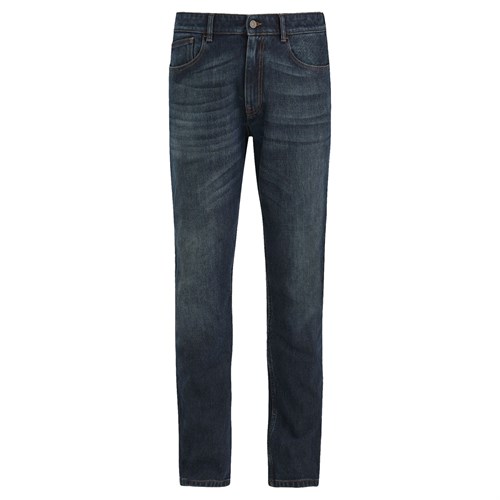 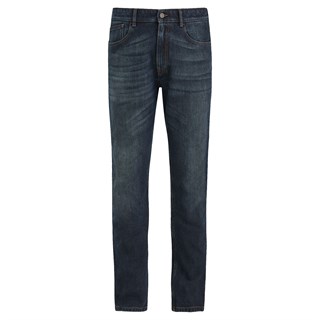 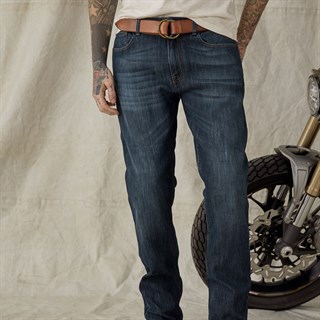 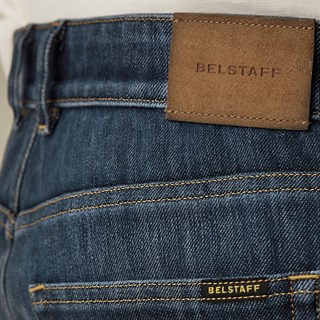 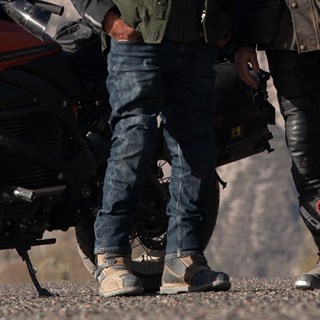 For their recent Long Way Up adventure that took them 13,000 miles from the southernmost tip of South America all the way up to Los Angeles, Ewan McGregor and Charley Boorman rode electric Harleys instead of their usual BMWs. But they still stuck with Belstaff for their clothing. Charley had Belstaff, with a little help from us here at Motolegends, design for him an amazing, new, high-end adventure suit. Ewan struck a more traditional note, electing to ride in a wax cotton jacket worn over a pair of leather pants.

But it is perhaps a reflection of the changing nature of the motorcycle apparel market that Charley, in particular, also wore a single-layer jean when things got a wee bit warmer. The jean was Charley’s idea; and so in recognition of that fact it is called, appropriately enough, the Belstaff Long Way Up Charley jean. When we say single-layer, what that means is that the jeans don’t have a lining like a traditional Kevlar or aramid jean. Their strength and abrasion resistance is arrived at by weaving a super-strong fibre of some description into the denim; hence the term ‘single layer’.

Manufacturers can use a number of different fibres to create this extra strength. Rokker use a material called Armalith. But Dyneema, which is used in the Belstaff Charley jean is, like Armalith, a UHMWPE. We’re not going to attempt to explain what a UHMWPE is; just accept our word that it’s way stronger than Kevlar, and doesn’t lose its strength over time, and with exposure, in the way that Kevlar does.

Now, the jean is AA rated under EN17092. This is not bad, but in this market an AA rating on a motorcycle jean doesn’t paint the full picture. Spidi, for example has an AA jean that only delivers a 2.1 second slide time. But we can be pretty confident concerning the abrasion resistance of Belstaff’s new Charley jeans. And that’s because the Belstaff jeans have the exact same mix of Dyneema and cotton a jean from Spidi called the J&Dyneema. Now, a couple of years ago we had Spidi test these jeans on a Cambridge machine, and they recorded a slide time of just over four seconds, putting them on a par with leather in terms of abrasion resistance. Which, in our view, makes the Belstaff Charley jeans more than up to the job.

The rest of the jean is pretty much as you would expect. It’s a classic, five-pocket style. The zip is fly and not button. We like the mid-blue, gentle wash, although we’re not mad about the artificial whiskers. The armour is D30 and is adjustable; it comes supplied in the hips and knees, but disappointingly it’s not D3O’s latest Ghost armour. There’s Elastane in the material, so the fit is very comfortable indeed. The fit is slimmish without being skinny. We put them closer to a 511 fit than a 501.

The jeans, unfortunately, only come in one leg length; and that’s 34”. Now what we have to say to Belstaff is that this is not quite up to the job if you want to be taken seriously as a motorcycle jean company. It means that, if you want a pair, you’re probably going to need to come and see us if you want them to work as they should. First, obviously, we do the shortening and hemming for free. But, more importantly, we may need to move the armour pocket to get the armour in the right place if your leg length is shorter than, say 32”. Obviously, if you’re a 36” leg, these jeans may not be for you at all; unless  you want to go out-and-out Bikeshed, and wear them halfway up your calves to show off your Redwings!

That’s all the boring technical stuff, so what do we think of these jeans as a pair of bike jeans, and from a wearability standpoint. Well, we think they’re great. In some ways, they’re even nicer than Rokker’s Rokkertechs. They’ve got a really nice, grown-up wash. The styling is spot on. The fit is flattering without being too skinny. There’s a zip fly, which is better than a button fly for most people, and the stretch woven into the fabric makes them supremely comfortable.

This is Belstaff’s first attempt at a proper, single-layer jean, and we reckon they’ve done a cracking job. Some finessing here and there, and we can see a pair of Belstaff jeans becoming the ones to own. It’s no surprise to us, therefore, that as soon as the temperatures started to rise Charley found himself preferring to ride in them. This really is a very good jean. They’re as strong as you’re ever going to need. And they look just right. But, as ever, if you want your Belstaff Long Way Up Charley jeans to work properly on the bike, come and see us in Guildford.