At this time of the year everybody wants a lightweight, summer glove.

We have two favourites; one is the Forsair from Rukka. It’s a super-strong, mesh glove, but someone messed up because they’ve sold out everywhere, and won’t be available again until some time in August.

The other summer glove that we really rate at this time of the year is very different to the Rukka; it’s the Lee Parks glove, and it’s our Product of the Month for June.

Lee Parks is a bit of an obsessive. He operates out of the US, and basically makes one product although, to be fair, he does what is basically the same glove in a number of versions.

One thing that puts some people off the glove is that it doesn’t look like a motorcycle glove at all. It’s totally unlined, and has no impact protectors on the knuckles or fancy sliders on the palm. High tech and racey it is not. 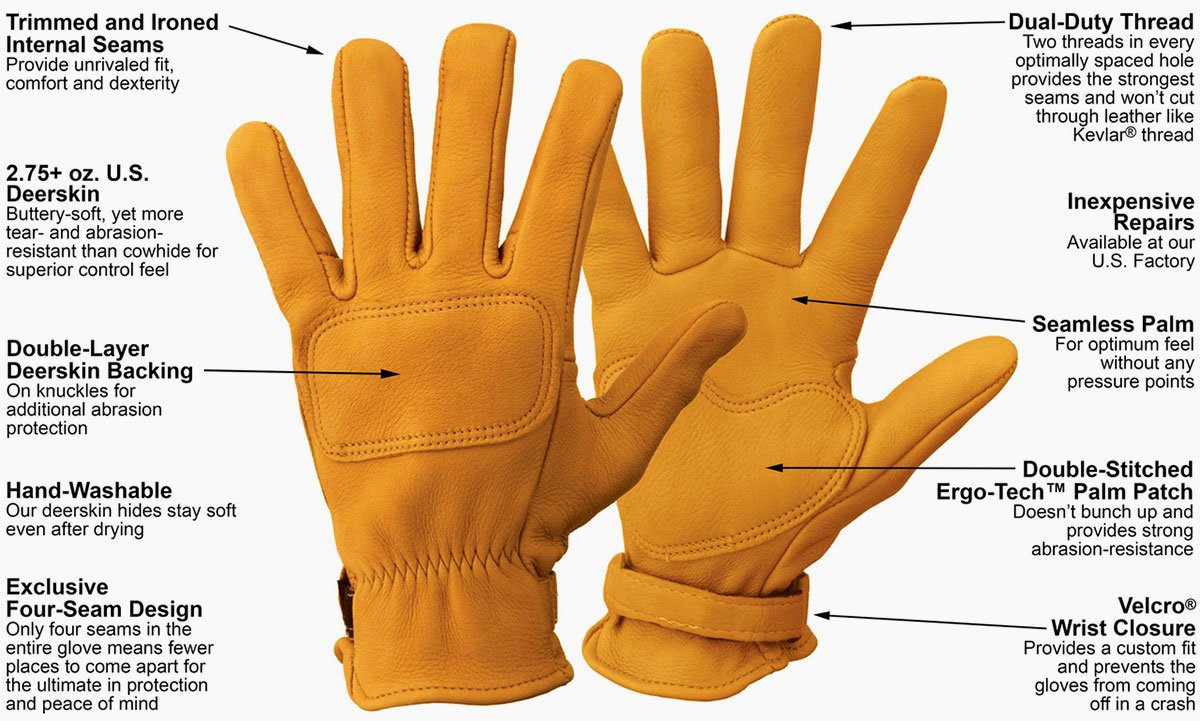 In fact, at first glance, it looks more like a glove you’d drive your classic car in, or ride a horse in. It wouldn’t look out of place if you were taking the dog for a walk.

But the perception and reality, in this case, are a long way apart. In truth, the Lee Parks glove is one of the strongest gloves we sell. And that’s for a number of reasons.

The first is the leather itself. The chassis of the glove is deerhide. Now deerhide is incredibly soft and supple, but it is actually four times stronger than cowhide. Across the palm and the knuckles, there’s a second layer of leather. And this is elkskin, and elkskin is six times stronger than cowhide. It makes for a glove that is going to be incredibly abrasion resistant if you end up going down the road.

But that’s not the end of the story from a protection standpoint.

Lee spent many years working on the design of these gloves to reduce the number of seams because, in an accident, it’s the seams that are the weak point. In fact, whilst most bike gloves have over a dozen seams, Lee’s gloves have just three. 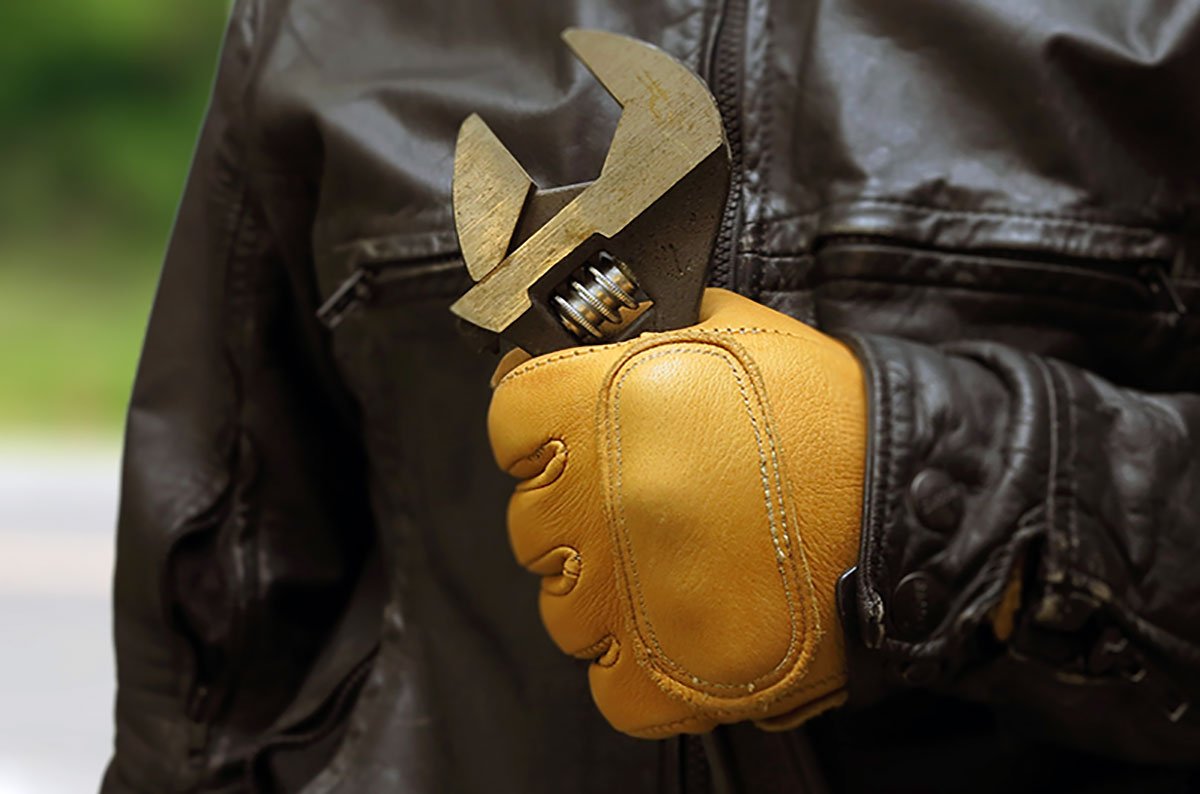 One of the reasons most glove makers have lots of seams is that they can use hides efficiently, and waste almost no leather.

But to reduce the number of seams, Lee’s hide panels are large. As he told us when we met him a couple of years ago: “You don’t get many Lee Parks gloves out of a deer”.

Finally, because the seams are the weak point, Lee uses a special thread that he has developed. A weak thread will break under the pressure of an impact, but a super-strong Kevlar thread will simply slice through the leather, giving the same end result.

But put on a pair of these gloves, and none of this will be obvious. They feel very, well…ordinary. Soft and comfortable they undoubtedly are, but what we know is that over time they become even softer and more supple. Within a couple of weeks, they’ll become your new indispensable best friends.

We’re told they can be washed in the washing machine, but I’m not sure we’d recommend it.

In hot weather, they’re fabulous. No glove gives a better feel on the grips and, as there’s no membrane, they never get sweaty.

One thing we should tell you is that you’ll almost certainly want at least one size down from your normal size. When you first buy them, they should be tight; so tight that getting your hand in will be a mission. But within days they will loosen up. We promise. By them loose, by contrast, and you’ll end up throwing them away because they’ll become too large.

We do the glove in black or gold. The price is £89.99, so they’re not cheap, but they are special and, in our opinion, are in a different league to any of the other deerskin gloves out there, most of which feel like cardboard by comparison.

Try a pair. You won’t regret it.