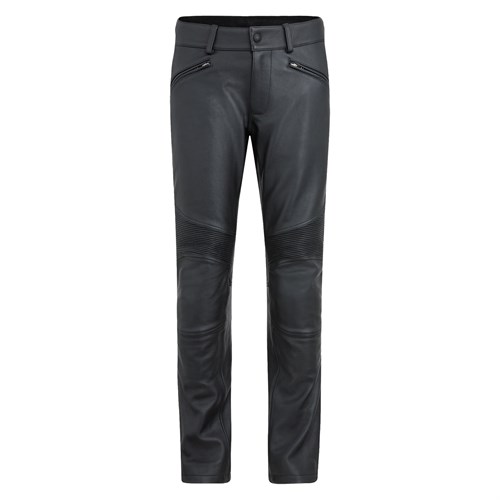 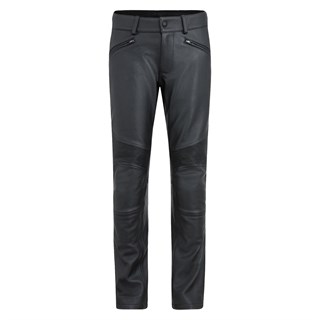 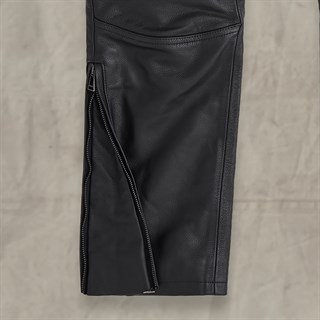 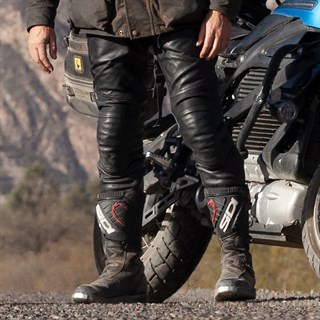 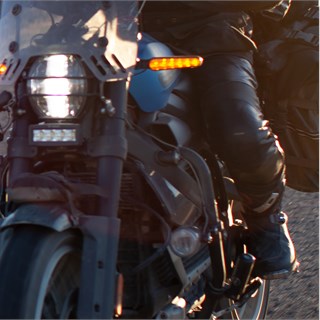 For their latest motorcycling adventure, Ewan McGregor and Charley Boorman rode electric Harley Davidsons from the southernmost tip of South America all the way up to Los Angeles; a journey of some 13,000 miles.

Now, Ewan is a Hollywood film star. His best friend, Charley, worked with Belstaff who, in turn, worked with us to develop a truly world-class, adventure riding suit. But for Ewan looking right is important, and so he rode in a heavyweight, wax cotton jacket, worn over a leather riding trouser which is called the Belstaff Long Way Up McGregor pant.

A heavy wax cotton jacket and a leather pair of pants is not, as we have made clear in our review of the jacket, how we would have dressed for such an adventure. Wax cotton doesn’t breathe well, which would have counted it out for us. But nor would we, in a million years, have chosen to ride in leather pants. Who doesn’t like leather? On the right bike, on the right day, in the right weather, there’s nothing to compare. But leather doesn’t breathe well, so it’s not nice in hot weather. Leather soaks up moisture like a dry sponge, so it’s not nice in the rain. And, of course, leather has no natural, thermal properties, so it does little to stop you getting cold.

The Long Way Up McGregor leather pant is no lightweight. It’s made from 0.9/1.2mm cowhide. They are lined with a viscose material that is strong enough to withstand a good degree of heavy usage. You get accordion stretch at the knees and in the back for easier articulation. There are two, zipped, front pockets, and long, zipped gussets up the legs to make it easier to get in and out of the trousers. They come with D3O in the hips and knees. The knee armour is adjustable. Now, whilst we simply don’t think that this is the best pant for an off-road adventure, we do like them. And we like them because they represent a type of riding trouser that it’s hard to find these days. In the olden days, every biker had a pair of pans like these; basically, a jean made from leather. As a pant they’re pretty simple. There’s not a lot of fancy detailing involved. They’ve got a straight leg, armour, some stretch at the knees and zips up the legs; and that’s about it. It doesn’t get much plainer or simpler. The one thing we would say is that they taper quite tightly to the ankle, so you could wear them with short boots or inside taller ones. Contrary to what we suggested in video review, we’re not sure you’re going to get these over a tall boot.

So that’s it. The Belstaff Long Way up McGregor pants; very rock and roll, and super cool! We just don’t reckon they’re the best thing for a circumnavigation of the globe, or in fact for any kind of adventurous undertaking. Indeed, to reinforce this notion, we’ve actually learned that when the boys headed into North America, and the temperatures began to rise, Belstaff created a special perforated version of the pant to help Ewan keep his cool.