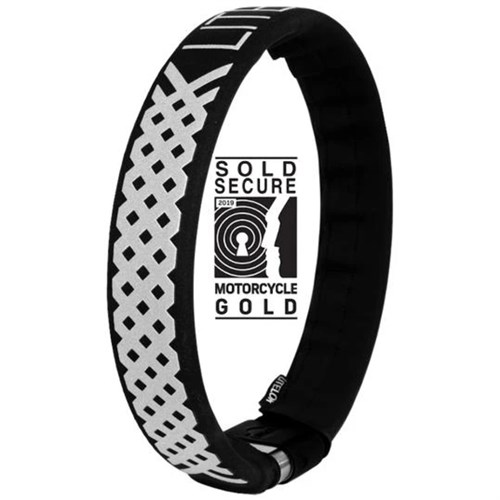 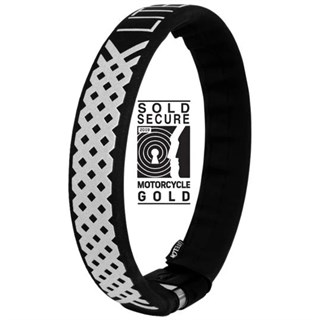 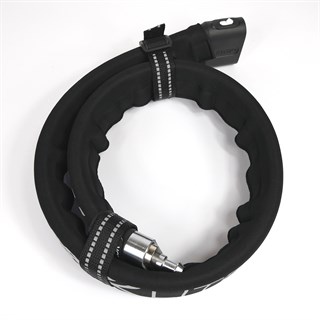 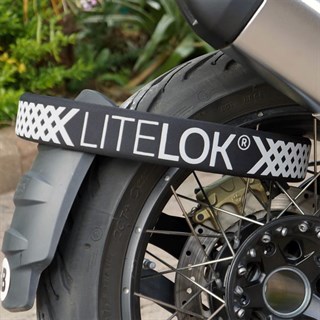 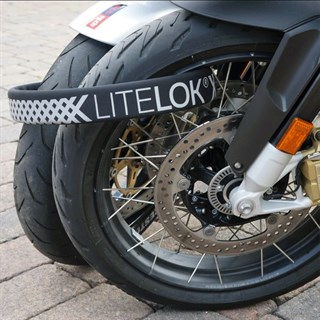 We have always been a little concerned about becoming involved in the motorcycle security business. It’s an emotional subject, and the fact is that, however much you spend, if somebody wants to nick your bike they will find a way to do so.

But we really like the Litelok system. Now, let’s be frank. If you live in London, don’t have a garage and want to secure your £20k BMW or MV to some kind of ground anchor in front of the house, you won’t go for the Litelok. But this side of a pack of Dobermans or a covert Mossad team hidden in the garden, you’re never going to find yourself totally protected.

The Litelok is lightweight and easy to carry. It won’t take up much space in a top box or pannier, but is still rated ‘Gold’ under the ‘Sold Secure’ system. This level means, apparently, that it would take a committed thief with a sophisticated array of tools at least five minutes to gain entry, so to speak. In other words; more than enough to deter the opportunist, if not the determined professional working out of sight.

There are, it has to be said, some motorcycle chains and padlocks that are certified to the even higher ‘Diamond’ level. But there’s no way you could carry one of these with you on the bike. Squire do just such a padlock and chain combination, for example. But here’s the rub. The chain comprises 22mm links, and it weighs in at some 22kg per metre. You just wouldn’t want to carry something like this on the bike; and certainly not in a pannier! The Squire Behemoth, as it is known, also comes in at £600.

The Litelok weighs in at just 1.46 kg. It’s a bit over a metre in length, and it costs just £139.99. At less than 2” wide the band will slip through any wheel or around any fork. And, of course, as the banding is neoprene covered, you will never damage your paintwork or chrome. Each lock comes with a spare cover, by the way.

If you often go out with someone else, two Liteloks threaded through one another make for a great way of securing both bikes. Some people, apparently, secure their bike with two straps; one on the front wheel and one on the back, meaning that it’s going to take any thief twice as long to grab your bike. To this end you can buy a twin pack that takes just one key for the two locks.

The casing is made of drill-resistant, hardened, alloy steel. The strap is made from a patented, composite material called Boaflexicore, which contains a high tensile alloy and polymer matrix. Means nothing to me, but sounds mighty impressive!

So there you have it. You have to determine your own risk level. But if you want something light, easy to use and portable, yet incredibly strong, then we don’t think there’s much out there to compare with a Litelok. I, for one, won’t in future leave home without one!