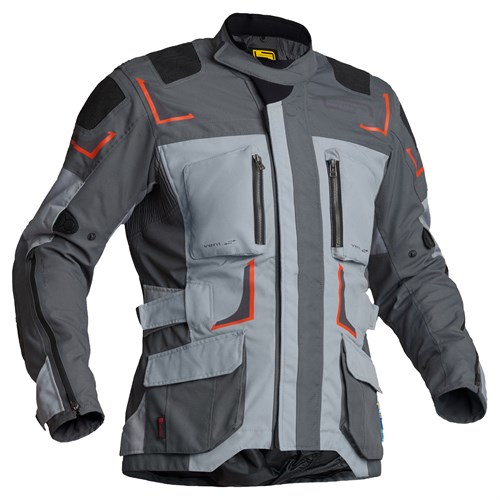 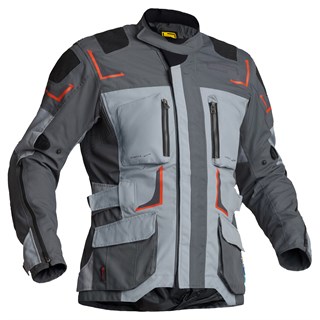 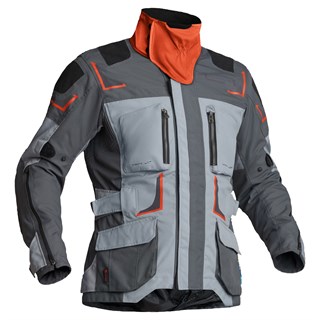 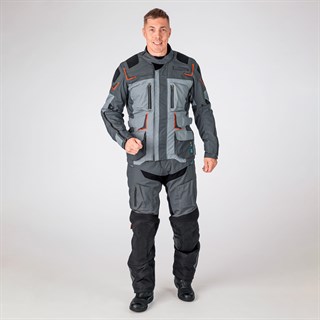 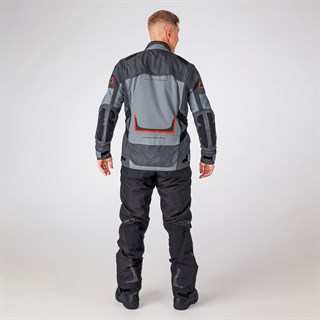 Here at Motolegends, we talk a lot about layering. For those who ride for fun, we think it’s the way to go. Which is why we talk a lot about the Klim Marrakesh jacket. But you can get to almost the same place with a jacket that comes equipped with a removable membrane. And that’s because such a jacket is, in its own right, an expression of layering. The Myrvik has a removable, zip-in waterproof liner. The membrane is Halvarssons’ own Dryway membrane. It also has attached to it an unzippable, thermal liner. The main zip is protected by a Velcro storm flap.

Anyway, let’s talk about the Myrvik in a bit more detail. The shell is constructed from a 600 denier Cordura-style fabric. The reason you have a removable membrane in a jacket is so that when you remove it, the jacket can breathe much better. This is the kind of jacket you want to be wearing in hot weather. But to further enhance breathability and venting, jackets like this often have large vents. And that’s very much the case with the Myrvik. You get a couple of chest vents as well as long sleeve vents, and an open exhaust vent on the back of the jacket. In truth, we’ve come across better vented adventure jackets, but the Myrvik is still going to be way cooler to wear than anything with a fixed membrane.

As far as protection is concerned, you get  Halvarssons’ new, super-pliable Level 2 protectors in the elbows and shoulders. Honestly, it’s the nicest Level 2 armour out there. There’s a pocket for a black protector, but in contrast to Halvarssons’ new limb protectors, we wouldn’t go for their surfboard-like back protector. We’d go for a D3O Level 2 Viper protector in size nine but this needs to be the Velcro version. The jacket also has Napoleon style pockets on the inside to take a chest protector. For added abrasion resistance, you get lightweight Superfabric on the shoulders and elbows which, at this price, is pretty impressive. The jacket is rated AA under EN17092. For added safety, you can zip the jacket to any Halvarssons or Rukka pant.

To aid fit and comfort, the Myrvik has elasticated waist straps, a feature that we think is pretty much essential on a mid-length, adventure jacket. You also get concertina stretch behind the shoulders and in the upper part of the sleeves. There are also velcro adjuster straps at the hem, at the neck and at the ends of the sleeves. And volume adjusters on the upper sleeves.

When it comes to pockets you get two large, lower flap pockets closed, again, by Velcro. When you’re not seeking added airflow, the chest vents can also double as pockets. The jacket is pretty well covered with hi-vis panels and reflective bands, so being seen, day or night, should not be a problem. The removable neck warmer is also hi-vis.

The Myrvik is a classically styled adventure jacket. Now some manufacturers produce so-called adventure jackets with laminated or drop-liner membranes, but in our view a proper adventure jacket needs a removable liner like this one. This is a jacket that will pass muster across a wide array of conditions, but what has to be accepted is that a removable waterproof liner is probably the weakest of all constructions when it comes to waterproofing; and that’s largely because water can leak through the zips.

We think this is a nice jacket. It looks right, it’s protective and it’s going to be be comfortable to wear. But we would be tempted to throw the rather average interior parts away. We would get a down jacket for cold conditions. It would be warmer, and you wouldn’t have all that messing about with zips. We would use the Klim Zephyr beneath the jacket to keep the wind at bay, and we would carry with us a Scott waterproof on the outside when it rained because, of course, a waterproof on the outside is so much better than a waterproof on the inside.

But that’s perhaps just us. Overall, this is an impressive jacket, whether used as is, or part of a more modular set up.