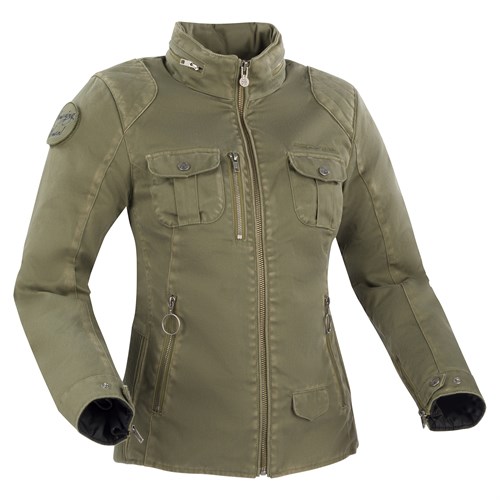 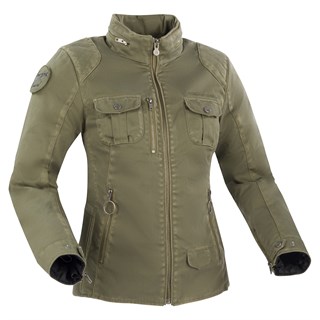 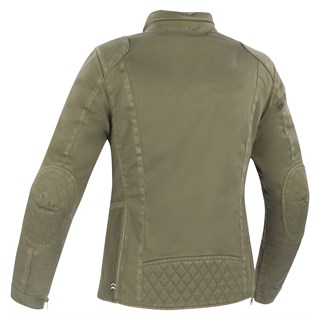 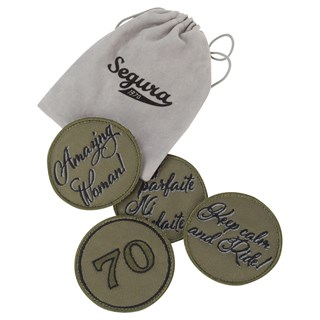 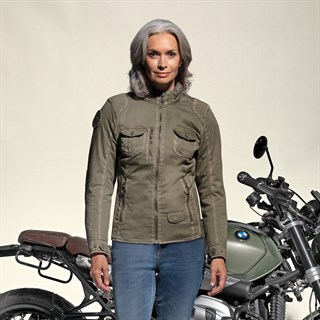 We were a little disappointed when, towards the end of 2020, Segura told us that they would be discontinuing their Frida jacket. And that was because it had, over the years, become a firm favourite with a lot of our customers. One of the appeals of the jacket for many was perhaps that it didn’t really look like a bike jacket. It was this that concerned us a little when the jacket very first came out, but once we had seen it in action, so to speak, we became converts. The styling of the Frida was very much based on the American military tunic, the M65, that the GIs wore in Vietnam and that, by the end of the sixties had become part of the uniform for the peace movement. It has been in vogue ever since. The Frida was really nicely shaped for women, and even though it fitted well and looked good on, it was always up to the job as a bike jacket.

Well, a long intro. there, but the point I’m eventually going to get to is that the new Maya is everything the Frida was, but a bit more. It’s an updated and improved version of an old favourite. The outer fabric is a material called Serica. It’s a synthetic fabric that is much stronger than cotton, but to the touch it feels just as soft as cotton. The Maya has a fixed waterproof membrane and a removable thermal liner that is backed with aluminium to reflect heat back into the body. There’s CE armour in the elbows and shoulders. You get a pocket for a back protector, but it doesn’t come as standard. The jacket is CE certified to the AA level; that’s impressive, and not to be sniffed at. Pockets abound. Five on the outside. Two more inside. There are zips and Velcro straps at the ends of the sleeves to allow you to wear your gloves inside the jacket, which is how it should be. There’s a hood concealed in the collar for when you’re walking around off the bike. But perhaps the biggest improvement over the Frida are the concertina stretch panels at the sides of the jacket that will allow it to fit really well over the hips. Now most makers of motorcycle jackets for women still get the shaping -the in bits and the out bits- totally wrong. To tell the truth, the old Frida fitted most women pretty well, but the new Maya will be even better.

In truth, there’s not a lot that’s not to like about the new Maya. Nevertheless, we have found a couple of things we wanted to make mention of. First, we think the selection of Velcro badges it comes with, and that you can put on the sleeve of the jacket, are a bit childish. An extra badge is something to yearn for if you’re a Brownie, but it’s less important if you’re a grown up. But one thing that Sara, our MD, really objects to is the rubric that runs across the lining of the jacket. It is sexist and patronising, and has clearly been penned by some guy who seems to be trying to get in touch with his inner, feminine side. The ‘Amazing Woman’ line just has no place in any item of clothing in the 21st. Century. The way Sara sees it, it adds nothing, and can only possibly serve to put some people off the jacket. But Sara has vowed to take this back as soon as Segura releases a men’s jacket with the script on the lining: ‘Amazing Man’. Come on Segura, even in France nobody can surely think that this is cool?