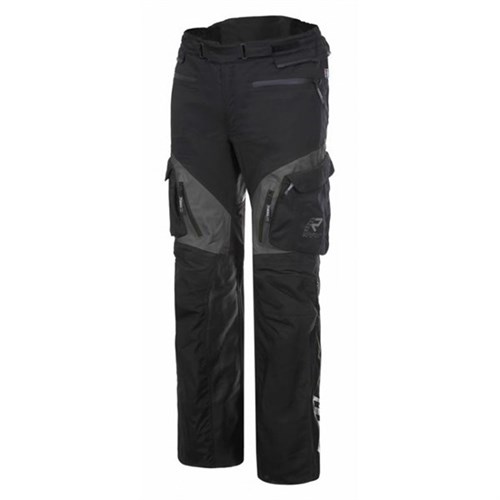 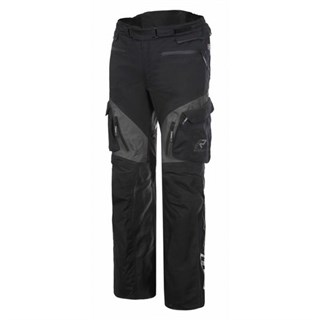 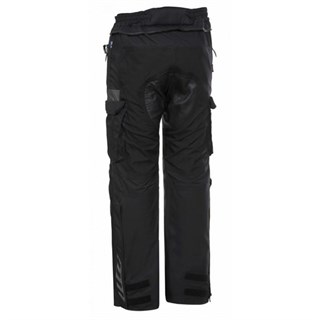 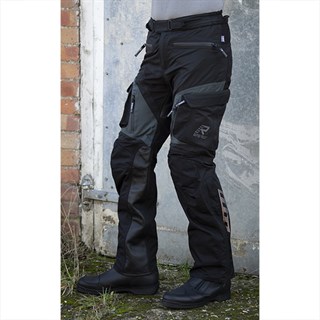 The Overpass is, in essence, the suit that, some years ago, we asked Rukka to produce. What we wanted, we told them, was a slightly looser-fitting jacket and pant that commuters, and indeed any riders who have to travel between sites on a bike for their job, could wear over the top of their work clothing.

The truth is that, at a pinch, you can wear just about any motorcycle jacket and pant over your work clothes, but it’s a less than ideal solution, as the result is rarely comfortable, and breathability can easily become an issue.

What we really wanted, we explained, was not only a suit with a slightly generous fit; we wanted it to have a laminated membrane.

This is important for a number of reasons. First, nobody wants to turn up with wet work clothing underneath their bike gear. But secondly, if this suit were to be used by commuters and those who use the bike for work, the suit would have to dry out speedily, so that you don't have to put on a wet suit over your work gear.

But there’s another benefit to having a suit like this made from a laminated fabric. And that’s because the ventilation openings work much more effectively on a laminated garment than on a drop-liner one, as the incoming air doesn't have to pass through the waterproof membrane. This is particularly important if you’re going to be wearing work clothing underneath a motorcycle suit because, in the summer months, there’s a good chance that you’ll simply overheat.

Rukka took the brief on, and they came up with the Overpass suit. It’s pretty much exactly what we were looking for.

One thing that Rukka did decided to do was use a two-layer laminate construction instead of a three-layer laminate. This doesn’t affect the levels of waterproofing or drying out time of the garment, but it does make for a softer, lighter, easier-to-wear garment. It was a good move because, frankly, wearing a suit underneath a three-layer Pro-Shell jacket is not really going to work. It wouldn’t be comfortable to ride in, and you certainly wouldn’t want to walk around in it.

To make the suit more wearable in the summer, Rukka has added more venting than we’ve ever seen before on a laminated outfit. Or indeed on any previous Rukka suit.

The rest of the suit is what you might expect of Rukka. 500 denier Cordura for abrasion resistance. Neoprene in the collar. Loads of volume and width adjusters. Elastic stretch panels for comfort. More pockets than you’ll ever need. GTX waterproof cuffs, and so on.

We don't necessarily agree, but Rukka feels some people won't want to wear armour, so it comes as an optional extra.

We reckon Rukka has cracked it. This is the perfect commuter suit for the person who wants to take his bike gear off, put it in the panniers, and walk unflustered into work in his daily clothing.

If you’re looking for the world’s best over-suit, this is it. Aerostitch, I'm afraid, it’s game over!

Rukka men's trousers. Please note: Sizes available are shown on the product page. Where variable lengths are available, select size with S for short, R for regular and L for long. If variable leg lengths are not listed, trousers will be regular length.